I mentioned recently that I had the chance to meet with three of my mentees at TechX in New Orleans, two of them for the first time. In this post I’d like to introduce you to my current mentees, and explain why I participate in Autodesk’s mentoring program.

I’ve been mentoring – and mentored – since long before Autodesk had a formal program in place. I was lucky enough to have Jeff Kowalski accept me as a mentee, way back when, and I definitely learned a lot from him (as you might expect). Prior to moving into Research, I also had my current manager, Azam Khan, as a mentor, and I can honestly say that without having established relationships with both Jeff and Azam in this way I wouldn’t be in the job I’m in today. Or even in the company, for that matter.

I have a confession to make, though. While being mentored is great, mentoring others is where I’ve learned the most, over the years (something I was reminded of in the recent TechX workshop led by Mickey McManus). I started mentoring in earnest after moving laterally from a management position in the ADN team into an individual contributor role (initially as a software architect in the AutoCAD team, and then onwards to Research): my logic at the time was to keep engaging the part of my brain I’d been using as a manager – in terms of helping people develop their skills and careers – but without the responsibility for making it happen. I imagine it’s a bit like being a grandparent rather than a parent, although that’s really just a guess, for now.

It turned out to be hugely rewarding, in the sense it forced me to identify patterns and build mental abstractions based on interactions with people from very different parts of the organisation. I’ve mentored people interested in (and starting in) management roles, but these days the focus of my mentoring tends to relate more to engaging through social media.

I typically have 2-4 active mentoring relationships ongoing at any one time. Right now I have 4.

Jonathan Geffen works as a Technical Sale Specialist in the Barcelona office, focusing on our Design & Make products. I’ve been really impressed with how structured (and ambitious, in a good way) Jonathan is about his career: having run his own industrial design practice he has some unique experiences that I really appreciate learning from. Jonathan wasn’t at TechX, but I did get to see him at OTX in Barcelona a few months ago. 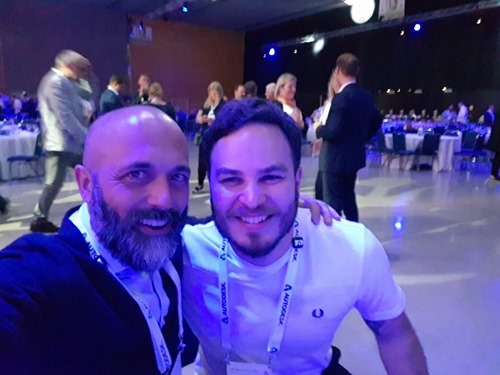 Mehdi Nourbakhsh is a Principle Research Scientist in the AEC Industry Futures team – also part of Autodesk Research – in San Francisco. Every time we meet Mehdi presents his progress from the previous meeting, discussing books he’s read in support of his goals. Mehdi reads a lot… I do too, but mainly to wind down. Mehdi regularly absorbs a significant quantity of business- and management-oriented literature, so I’m learning a lot through him. 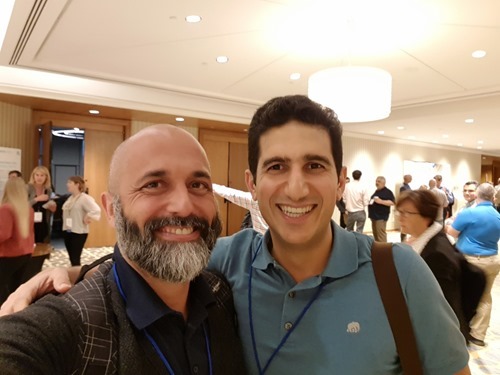 Elias Cohenca is a Senior Software Engineer on the BIM 360 team in Tel Aviv. Elias is a really smart developer and is the person who made streamlines and skeletons in the Forge viewer possible thanks to his MeshLine.js fork. Elias is also a creative musician who has participated in a couple of internal hackathons, using them as an opportunity to work out how to make music using 3D printers and independent stepper motors. I’m looking forward to sharing more on this work once Elias has completed an Instructable showing how he did it. 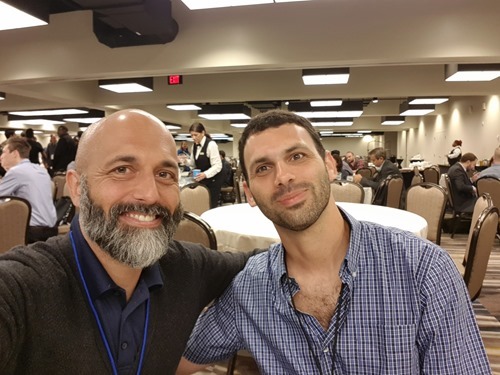 Laura Pedroni is a Principal Design Technologist in the Shotgun team in London. Laura is interested in expressing her obvious creativity and passion via social media, but (and this is very interesting to me) not necessarily in a way that contributes to her professional profile. From my relatively brief interactions – so far – with Laura, I’ve understood that she’s sensitive to the narcissism in modern society (which is almost certainly why she preferred not to have her picture taken and shared in this blog). Laura has also run her own company and loves to perform deep research and gain mastery, something that creates an interesting tension with the regular blogging treadmill.

All in all they’re a super-interesting and talented bunch, and it’s my honour and pleasure to be speaking with them whenever we get the chance.

And lastly, a sincere shout-out to those who came before… I went back though my email archives to compile a list of people I’ve mentored in recent years (since leaving management, basically). A couple of these “mentoring relationships” were relatively brief and task-oriented, but most spanned several months. Here’s to all of you, Adam, Silvia, Chris, Nathan, Aparajit, Frodo, Tat-Lee, Jason, Fred-Ming, Bruno, Noah, Jon and Hidenori. I learned and grew from my interactions with all of you!