I’m in New Orleans for the first time in 15 years, this week, to attend our annual, Autodesk-internal TechX event. 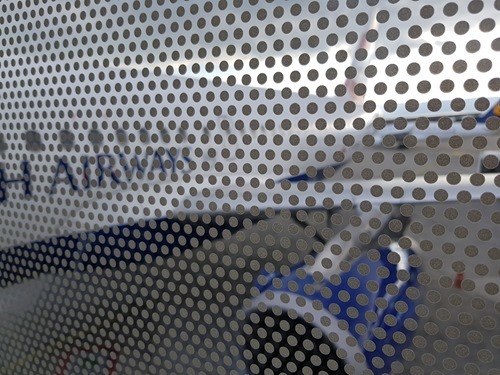 I flew out from Geneva to Heathrow on Sunday night. 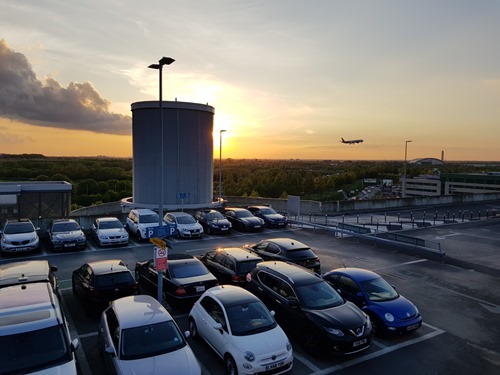 As there isn’t an onwards flight to New Orleans on Sunday, I took the opportunity to catch up with Simon, an old friend from university. 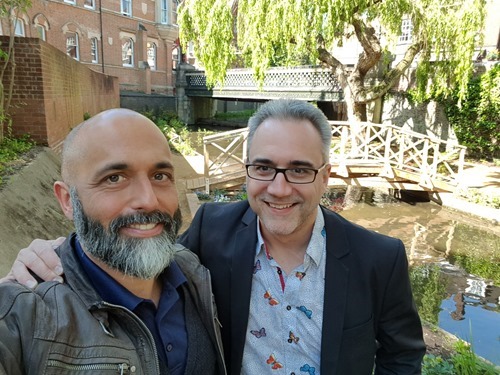 Simon dropped me at Terminal 5 on Monday morning, where I had a meeting with a local architecture and engineering firm to talk about opportunities for using generative design in their workflows. After they left, I went through security and had some lunch before catching my afternoon flight to New Orleans. For risk mitigation purposes, Autodesk limits the number of employees on any single flight to 25. I’m pretty sure we were right at that limit: it seemed like every other person on the plane was from Autodesk!

The hotel the conference is held at is right on the Mississippi river. It’s lovely to wake up with the sunrise coming through your window. 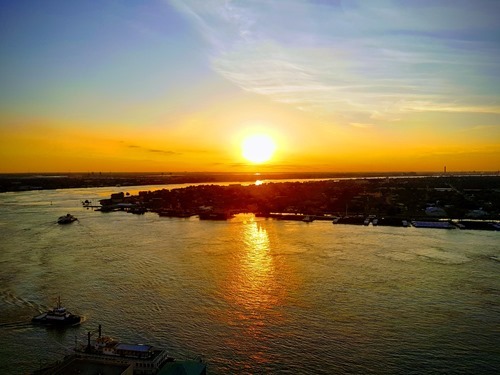 On the first day I met up with a couple of old friends/colleagues, Raphael Racine and Claire Paddison, to go for a 5km run along the river. 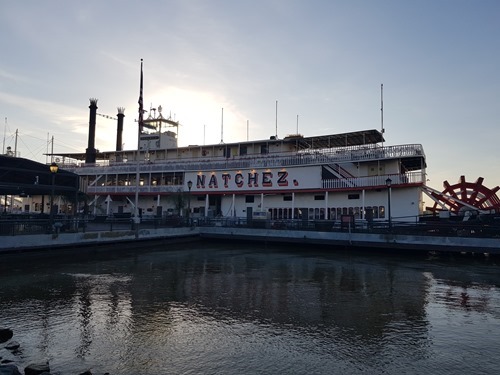 The TechX event started back in 2010 or so – originally it was called the Technical Summit, but was combined with the UX-oriented X-Summit event a few years ago – so this makes it the 10th edition, give or take. There are now roughly 1,000 attendees from across the company, with a wealth of interesting content.

The first day kicked off with a number of keynotes from Autodesk executives, 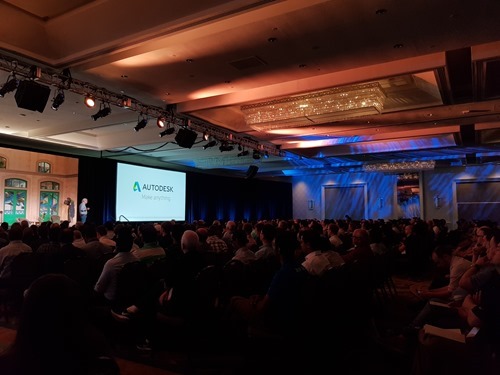 Our VP of Forge, Sam Ramji: 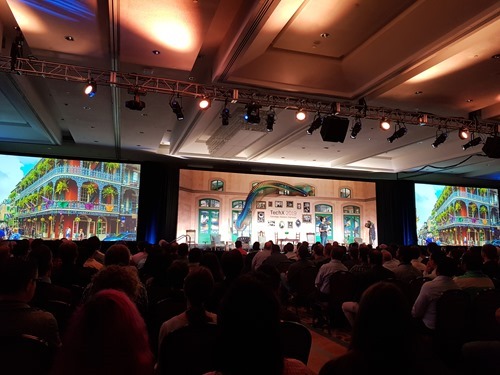 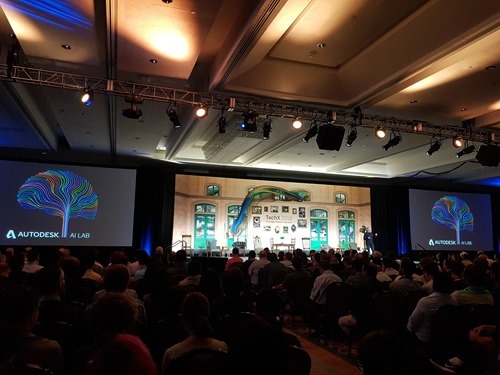 There were a number of sessions through the first day that I found really interesting. Some were deeply technical – such as a session focused on a research project to train a neural network to analyse BRep composition – while others were at a higher level, such as a really interesting panel debate on ethics around data and AI.

I’ll be co-presenting a session on the MX3D project with Alex Tessier tomorrow on the 3rd day of TechX: it’s a great opportunity to share information on this really cool project with our colleagues.

One fun activity at this year’s conference is around machine learning: a core theme at recent TechX events. We had the pre-work to follow the AWS reinforcement learning training, and to train an AWS DeepRacer model that could be uploaded into a physical car and raced around a track. 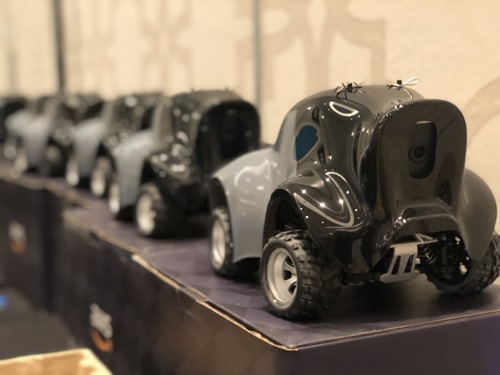 My best lap-time time in the simulator was around 20 seconds, but I managed to get this down to just under 14 seconds on the physical track. The current top of the leaderboard has the fastest time anyone from the AWS team who were there had seen for this particular track. Too cool! 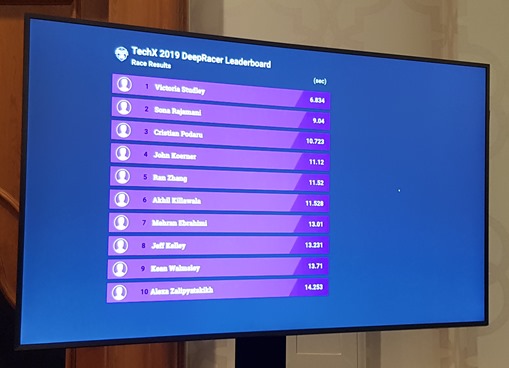 In the evening, the 1000+ attendees formed a parade and walked across New Orleans to the opening night reception. 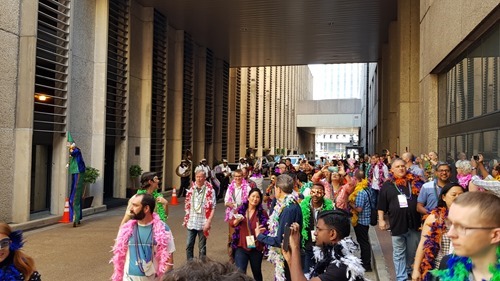 It was a really nice atmosphere, with stilt-walkers and a couple of bands keeping us entertained. 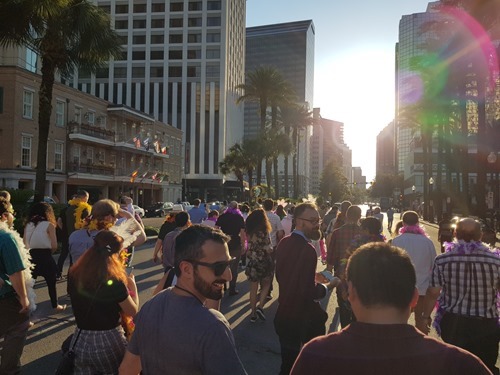 We even had a police escort. 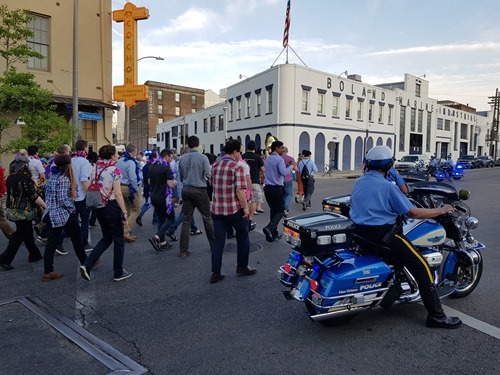 It was lovely to be outside for some time. The temperature was very pleasant: it gets down to 20 degrees Celsius at night, from the heights of 30 degrees during the day. 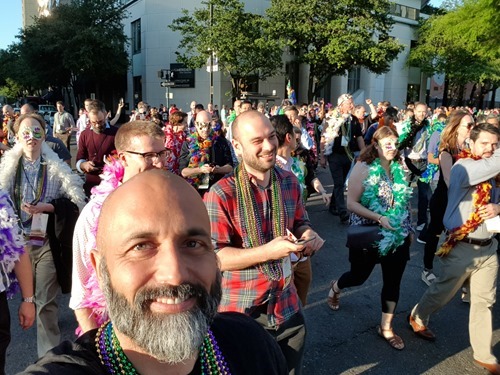 At the party I got to meet up with lots of old friends. Every year I bump into my doppelganger from Montreal, Jonathan Breton. We shared a laugh, as another colleague (who both of us have known for many years) spent a good five minutes talking to Jonathan before realising it wasn’t me. Too funny. 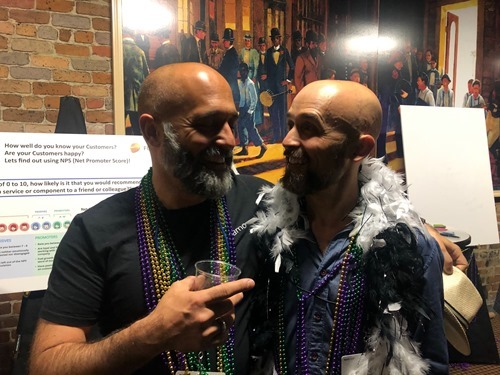 Jonathan says he’s going to let his beard grow before next year’s TechX so we can look even more alike. 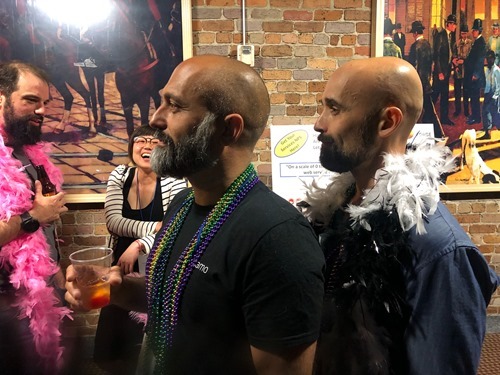 I’ve been able to use this year’s event to meet up with a number of my mentees: for some years we’ve had a formal mentorship programme at Autodesk, and it’s something I really enjoy participating in. In an upcoming post I’ll introduce you to them, as they’re all really interesting people.