It was a fun (and slightly hectic) 16 hours in Barcelona. After heading back to the hotel from the OTx awards dinner – and whipping out a quick blog post – I got up and enjoyed the view from the 26th floor for a few minutes… 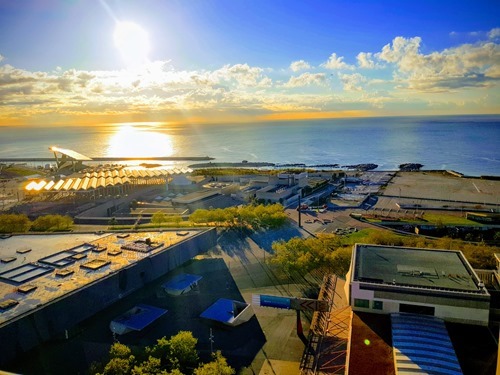 … before heading across to the last day of OTX (One Team eXtension) EMEA, and the second day of the Generative Design for AEC track. This second day was the first “mixed” track – meaning both sales- and technically-oriented, as the first day had been purely for technical attendees – so it started with a session on the company strategy around Generative Design for AEC, presented by Steve Butler and Zach Kron. 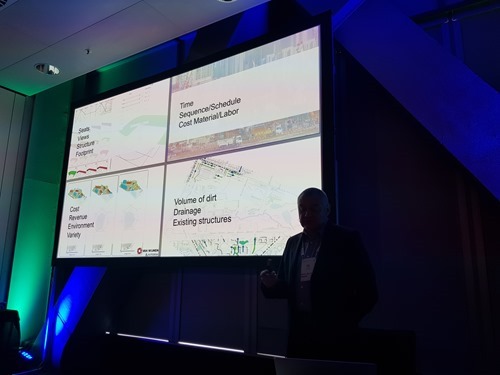 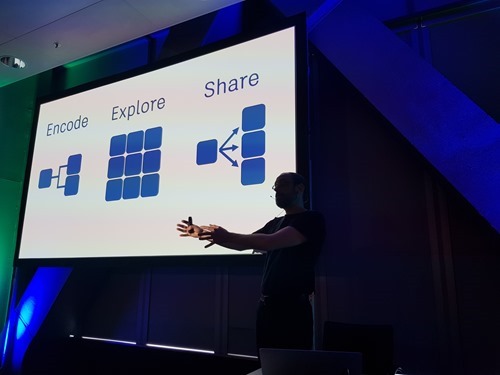 I was up next, after the break. I talked about the projects Autodesk Research – in particular my esteemed colleagues in The Living – has delivered in the Generative Design for AEC space, focusing on the MaRS layout (Project Discover), the AU 2017 Exhibit Hall design, and the Van Wijnen project. 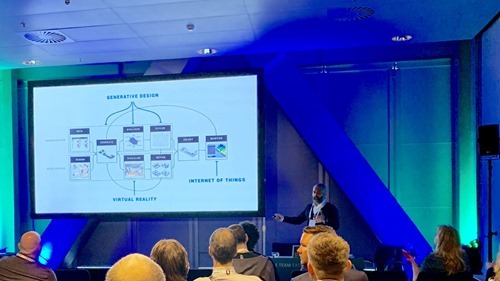 I stayed for the first few minutes of Dieter Vermeulen’s presentation – Dieter had done a great job organising the GD for AEC track, and I have no doubt his session will have gone really well – before heading to the airport to get my flight to London. 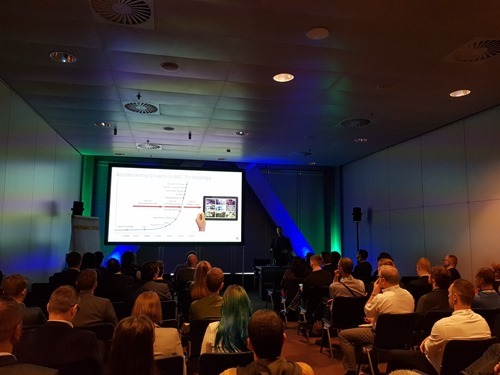 After lunch, Lilli and Nono will have presented a condensed version of the 2-hour Intro to Refinery session they delivered yesterday (which I also missed as I was on my way from Munich).

From what I could tell the GD track – organised perfectly by Dieter – went well. This is very timely, as this is an area that’s of significant interest to many of our customers, and our channel really needs to build the capacity to deliver this kind of project.

Anyway – I hopped across to London, dropped my bag at the hotel at Lancaster Gate and headed out to have a drink with people participating in the Hackathon organised by the UK Dynamo User Group over the next couple of days. 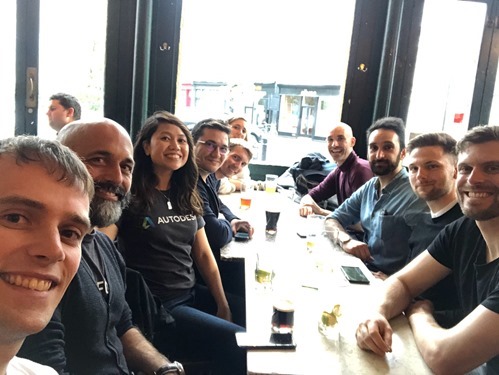 Racel Williams and Sol Amour from the Dynamo team were there: last time Racel was in London she had her laptop bag stolen from a Wetherspoons pub, and so is understandably a little paranoid about having her computer with her in London. I was left looking after her bag when she had to leave the table for a few minutes. 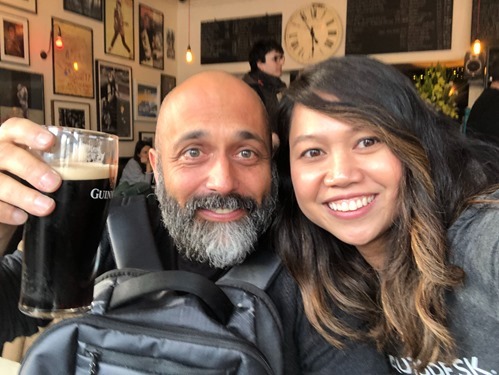 Afterwards we were invited back to have dinner with Radu and Aurelie, who are helping organise (and participating in) the Hackathon. It’s been a busy few days, so it was a perfect, relaxed evening.