As mentioned yesterday, on Saturday my second son and I got up at the crack of dawn to drive across to the Alpine town of Grindelwald. It’s the third time I’ve made this particular pilgrimage in the last four years (last year I had a conflicting event in the UK) and it’s become something of a rite of passage for my kids: as they turn 10 they come with their Dad and his silly car to meet lots of other people with silly cars. 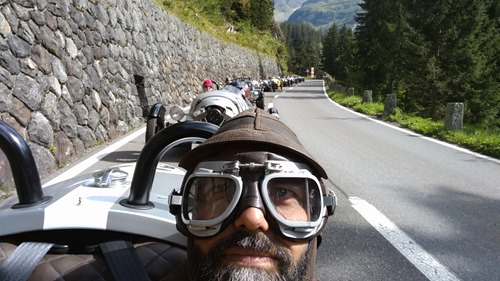 The event is the M3W Jungfrau Treffen, organised by Laurens and Rineke, a Dutch couple based in Grindelwald. It’s a meeting for people with Morgan 3 Wheelers: the first year I went there were perhaps 11 or 12, the second year there were 15 and apparently last year there were around 20. This year the number went up to 32 (although in aggregate there were probably a few more, as the event went from Thursday through to Sunday and a few people had to leave early). 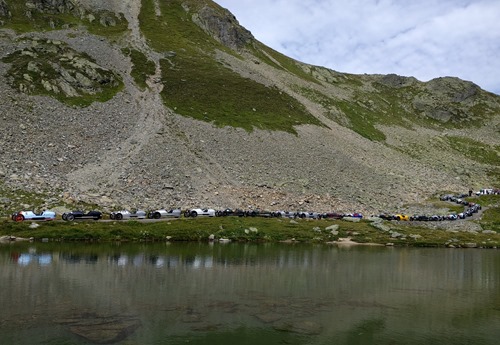 Steve Morris, the Managing Director of Morgan Motor Company, was there at the beginning to say hello to everyone – he’d come down in an Aero 8 rather than a 3-Wheeler, but was still very welcome ;-). I’d met Steve a few times due to Autodesk and Morgan’s collaboration at the Geneva Motor Show, so it was nice to reconnect with him. 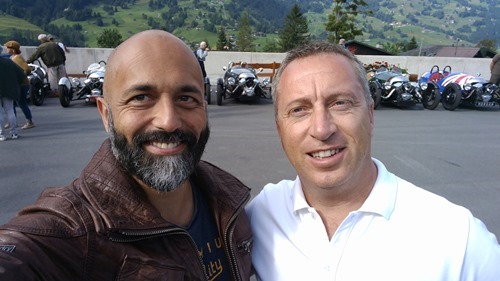 As my son is in school – and because of the event at Robosphère the night before – it was really only an option to drive down on the Saturday. Which meant adding 140km to the 230km or so for the day’s driving: we were 30 or so Morgans to make it around the three mountain passes… the Grimsel, Furka and Susten passes. That’s a lot of kms to do in a 2013 M3W without the “comfort pack” upgrade (which really does make it a lot easier to drive… it’s on my list for when I get around to it).

But it was amazing to see these brilliant cars snaking through the Alps. 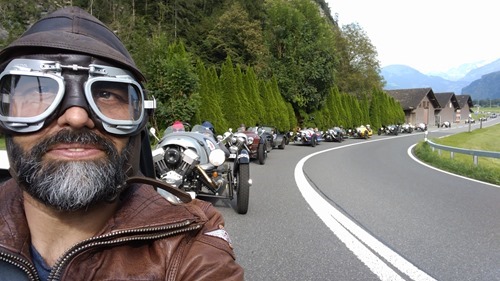 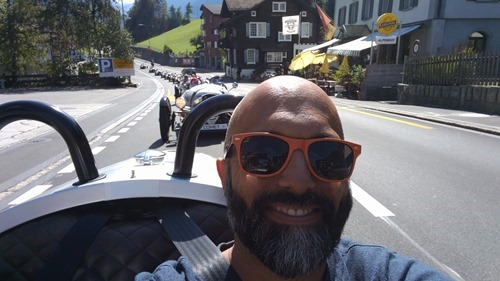 While Laurens and Rineke are by now well used to managing the logistics for this event – it’s a well-oiled machine, much like most of the participants’ – but I’m still stunned at how smoothly everything went. Keeping 30+ of these cars together and finding places for everyone to stop isn’t a simple problem. 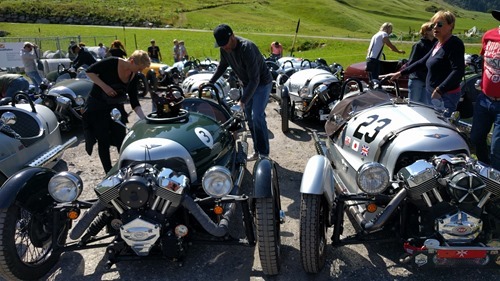 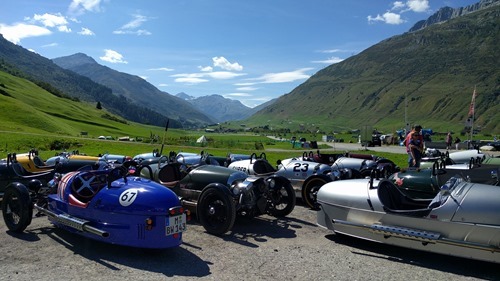 I really enjoyed chatting with my fellow M3W drivers: most are tinkerers who have made some very interesting mods to their machines. This isn’t my thing at all – I’m a software guy, not a hardware guy – but I love hearing them talk the torque (and walk the worque :-). 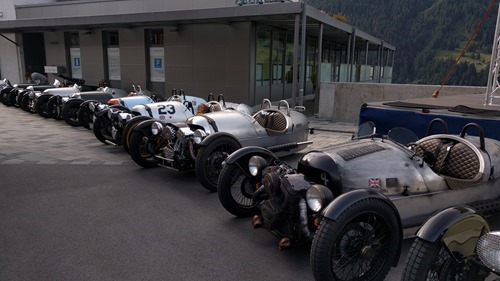 There was even an M3W that had been completely Steampunked, which brought back fond memories. ;-)

I’m definitely planning on going again next year. In the meantime I’ll be posting something about Morgan’s new EV3 – the design of which used even more Autodesk software than the M3W – once I’ve had the chance to discuss it in more detail with Jon Wells. I expect it’ll be some time before any EV3s make it along to the Jungfrau Treffen – just based on the distances involved – but then you never know. From my side, at least, I’m curious to give one a try.