I’ve been working with a number of local organisations to help prepare the 25th anniversary party we’re holding for Autodesk Switzerland in October. One of them is Robosphère, an association in La Chaux de Fonds focused on increasing awareness of the field of robotics.

When I was there chatting with Serge Bringolf – the chairman of Robosphère– a few weeks ago, I showed Serge the HoloLens demo I’d been working on. It included a robot, after all. This was Serge’s first exposure to mixed reality and he thought it’d be a good topic for a presentation at one of the association’s monthly members’ evenings. 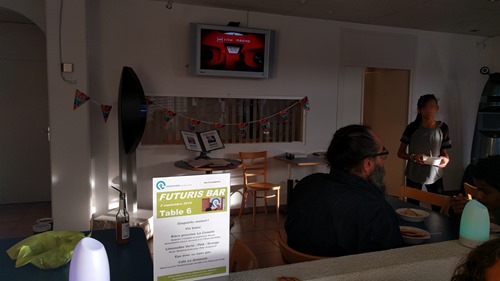 So it was that on Friday – after a a week that turned out to be pretty intense, for various reasons – I went up to La Chaux and gave a presentation in French on “la réalité augmentée”. While my French is fairly decent, it’s rare that I use it to present technical topics. So it must have been pretty entertaining, and not necessarily in a good way. Luckily the audience was very patient and helped me find a few elusive terms. (I took some solace in these words of wisdom from a former manager of mine: “An Englishman who speaks French is like a dancing dog. It’s not the quality of the dance that’s important, it’s that he dances at all.” :-)

The presentation started with the history of stereoscopy – and its various industrial applications, even in the early days – going through to Google Glass, HoloLens and what we know of Magic Leap. I finished the presentation with a couple of graphs that help measure acceptance and progress of Augmented Reality technology. The first was last year’s Gartner Hype Cycle (although it seems this year’s has just been posted), which clearly shows Augmented Reality making its way steadily towards the plateau of productivity: 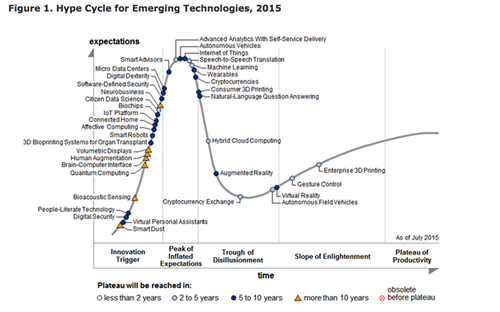 Finally I showed the Google Trends data for “Augmented Reality” over the last few years. The data has been fairly static up until a couple of months ago. I explained the reason for the huge spike that came around that time: Pokémon Go. I think it’s very interesting to see its popularity quantified in this way.

The reactions were fascinating: many of the people were absolutely floored by the experience, others were a little nonplussed. A group of 10 year-old boys, in particular, were very matter-of-fact about it, but there was probably a little dose of peer pressure contributing to that. Despite some of the HoloLens device’s limitations (the obvious one is the limited field of view), most people could see how this type of device is really going to change things. 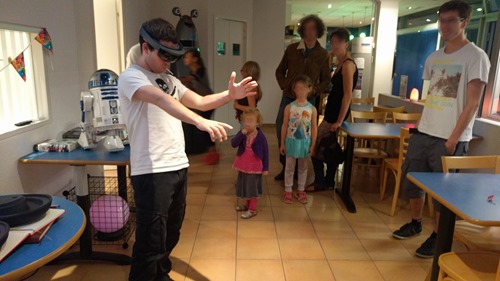 That was my Friday evening in La Chaux de Fonds. It was a lot of fun. On Saturday I had to get up early to head on a weekend road-trip with my 10-year old son, but I’ll post something about that tomorrow.