Today marks the first public day of this year’s Geneva Motor Show. After having spent time on Monday setting up the configurator Autodesk provided to Morgan Motor Company, on Tuesday I went along to make sure everything was working well.

It wasn’t exactly smooth sailing, but we got there. To start with, the connection from the iPad to the system performing the rendering work locally using Autodesk VRED – the iPad connection is the only part of the system that requiring wifi, we don’t actually use it for the rendering itself – was intermittent and very slow. I whipped out the wifi spectrum analyzer on my phone only to find it (unsurprisingly) to be unbelievably congested. I chose a channel that seemed the least busy and then switched the router to that channel and made sure it only used 802.11n rather than b/g/n.

The connection then worked much better (thankfully), at which point the next hurdle presented itself: the brand new LG television that was being used as the primary display just stopped working. The message “Life’s Good” just blinked on and off the screen every second or so (trust me, it wasn’t). The suggestion was made to plug in to the stand’s power-wall instead, so we did that: half of the 8 screens being used to display videos, etc. were then dedicated to the configurator.

It looked absolutely stunning. Here are a few pics of me demoing the system: 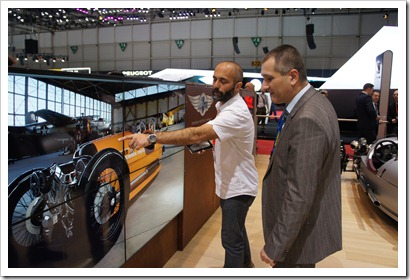 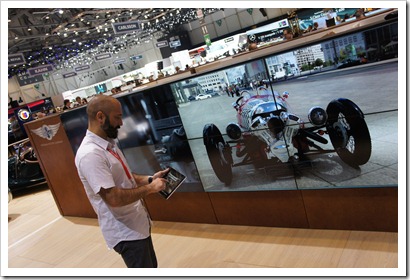 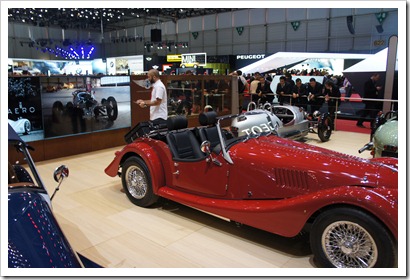 I was scanning YouTube for a video of the press announcement and stumbled across a number of identical videos that had the system in the background (they were showing off the new Plus 4, in red above).

As I couldn’t (yet) find the video I wanted, I went ahead and uploaded one I’d shot (admittedly without a tripod.. although I think I didn’t do that badly considering I was holding the camera up for a little over 12 minutes).

To hear about the collaboration between Autodesk, scan forward to 3 minutes (and listen for about 30 seconds):


Finally, I prepared a few screenshots for a newspaper article that will hopefully be published in the local paper over the weekend, which I thought I’d share here: