Well, this is it. Floppy Fridays – at least for now – have come to an end. For some time I’ve been saying I’d stop at episode 64 – as the main focus of the series is the awesome Commodore 64 – and this episode has come around, finally.

And, despite me following basically my usual random approach for selecting games for this episode, it was a really good way to end the series, with a wide range of very interesting games.

We kicked off with the classic Turrican II - The Final Fight – a game we’d played the trainer for way back in Floppy Friday #12. We then tried to load Friday the 13th, but I can’t say I’m overly disappointed it didn’t load. Too scary. We then played Out Run – a game I first talked about in Floppy Friday #6 and then transferred to a new floppy to play in Floppy Friday #13 – which is always good fun. On from there to a somewhat peculiar Biggles, which had the weirdest random transitions when you died. Then we loaded Buggy Boy, which it turns out we had indeed played back in Floppy Friday #37. We wrapped things up with a couple of quite interesting (meaning strange but good) shooters called Gryzor – which was apparently called Contra in North America – and then Captured.

All in all a bit of a corker!

Here’s the cover art from this episode: 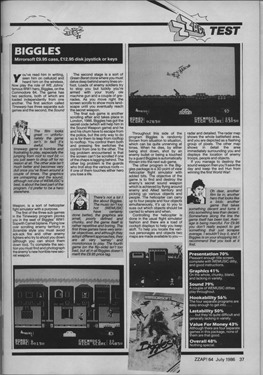 And Buggy Boy was clearly another favourite with this review from issue 32: 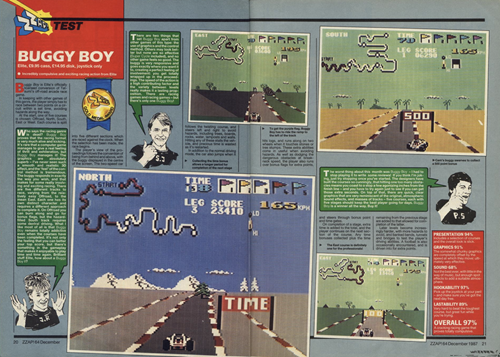 Well, that’s it. Thanks to all who have engaged in and supported this series over the last year or so - I called out Trevor Gallyot and Martin Griffin in the video, but many others have commented and shared these episodes during the course of the series. Thanks also to Gavin Crump for taking the idea forward in his own Famicom Fridays: be sure to check these out if you want to see someone who actually knows how to play video games. :-)

I started this journey as a way to bring a little light relief during the pandemic (both to myself and others), and while we’re still very much in the midst of it I do hope you’re all managing to keep your spirits up.

And who knows - if I ever end up get my heads on an Amiga then we may well see more episodes in a future season!