On Monday I hopped onto the train to Geneva and from there onto the TGV to Paris Gare de Lyon. 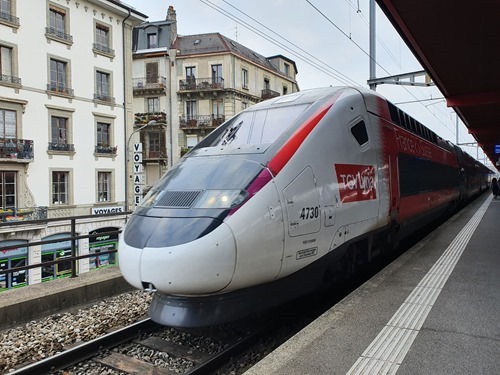 I was in Paris for BIM World, where we displayed the Dar 2m Smart Bridge. It was my first time seeing the bridge in person, which was a really exciting moment for me.

After checking into a very nice little hotel in the 6th arrondissement I headed to the conference centre to help with the setup.

The bridge was already unboxed and hooked up when I arrived. 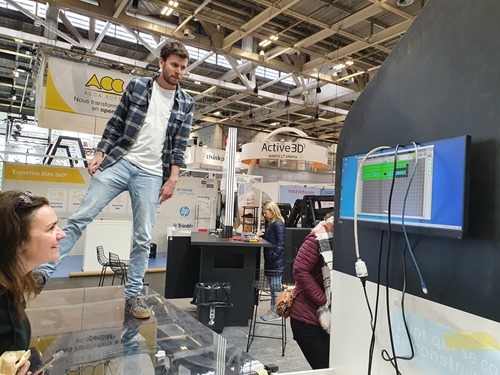 Pete Storey had some wires to connect to get it up and running. 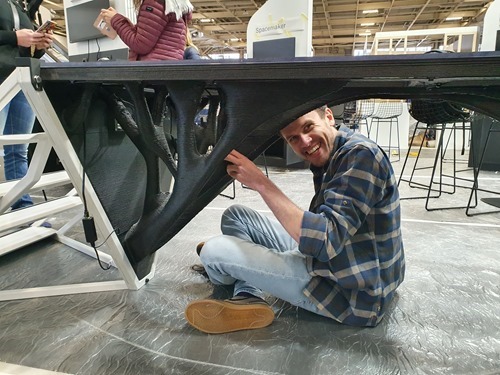 Many of the wires were actually for the temperature sensors and accelerometers: all the FBG sensors – for strain – are integrated into the structure and so required minimal connection work. 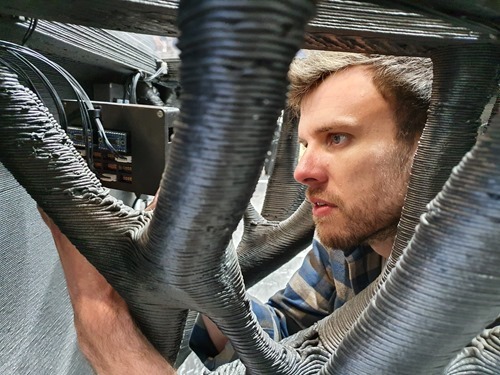 The physical setup of the bridge was straightforward, but on the software side we had some technical hitches that we’d been unable to anticipate: this was the first time we had in-person access to the bridge for the realtime sensor readings to be sent to Dasher, so we uncovered some really strange, low-level, timing-related issues with the realtime data display. We also had the misfortune of having a platform outage to contend with, which meant we couldn’t even effectively debug the problem until the first few hours of the event on Tuesday. (I tried to remote into the bridge’s computer to fix things after dinner on Monday night, but as the event organisers had cut off power after a certain point this didn’t end up being possible.) 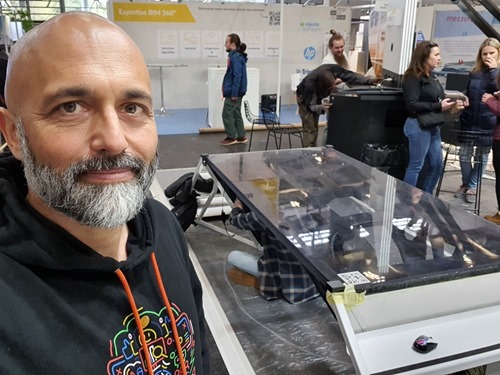 All in all this meant a second night of very little sleep before getting early to the event and waiting for the power to be restored to the bridge. 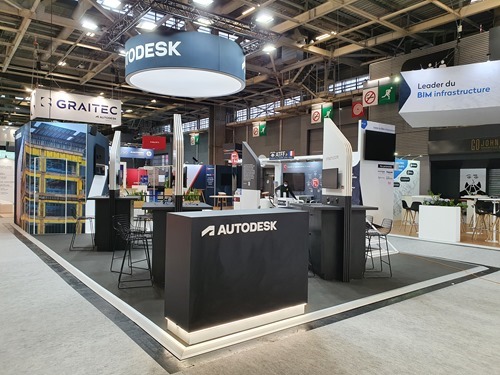 The bridge had a great spot along the side of the stand that had a lot of traffic coming through from the main entrance. This also meant that we had to field a lot of general questions, too (it’s amazing how many people are interested in Revit training!). 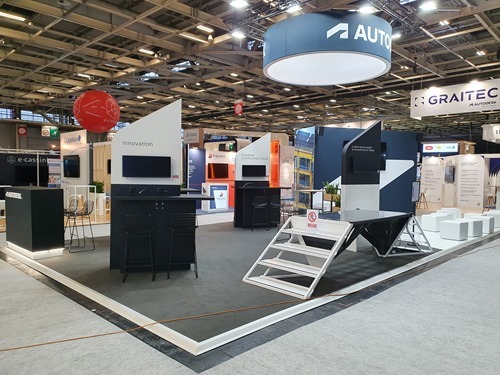 I had a few stressful hours from 8am to around 10:30am, when we finally managed to get the data flowing properly between the bridge and Dasher. Here’s the moment when I was testing it out for the first time. 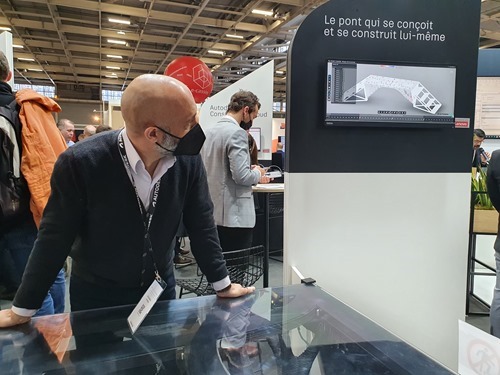 We had already chosen the red, white and blue colour palette long before, but it did occur to me that having the French national colours was a happy coincidence. Honestly I was super happy with the responsiveness of the system, once we had everything working. It was a relief – of course – but also really cool to see how well it worked. Here’s a video that shows how responsive the system was.

My old friend Cyrille Fauvel was in Paris for BIM World, too, so got to walk across the bridge. 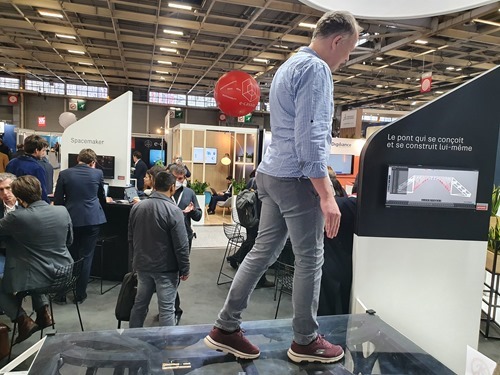 It was (as ever) nice to see Dasher being used to showcase our platform capabilities. 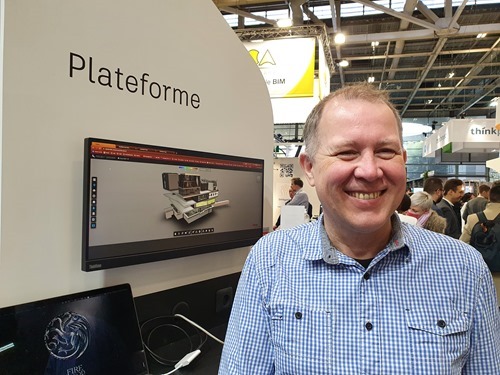 Cyrille also talked about Forge – and Dasher – during his presentations at BIM World. 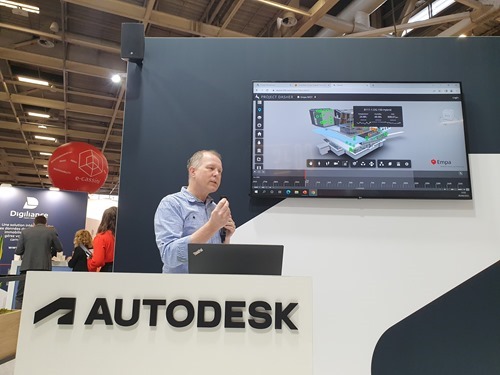 The Piro brothers – Charles and Alexandre – presented a great session about Forge and Reality Capture, too. It was great to meet them in-person after many years of being connected. 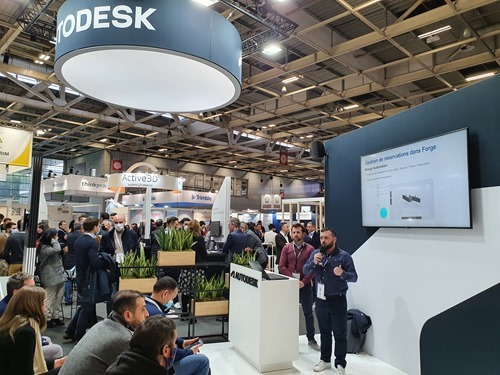 An unexpected surprise was bumping into Angelos Chronis. He always knows what’s going on, so found us a party to get the evening started. 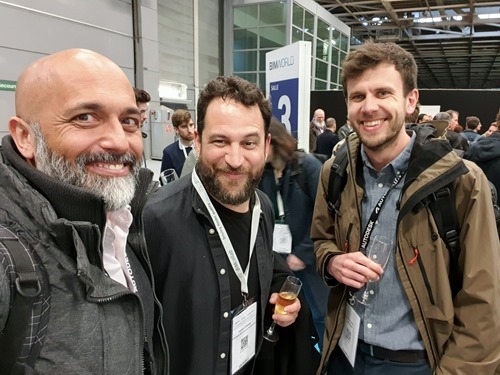 After a hectic day of last-minute coding fixes and engaging with people in French, it was a welcome relief to have a relaxed seafood dinner at a restaurant in Montparnasse. 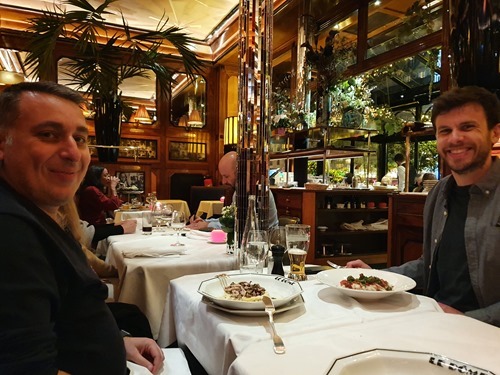 The calamari risotto was perfect. 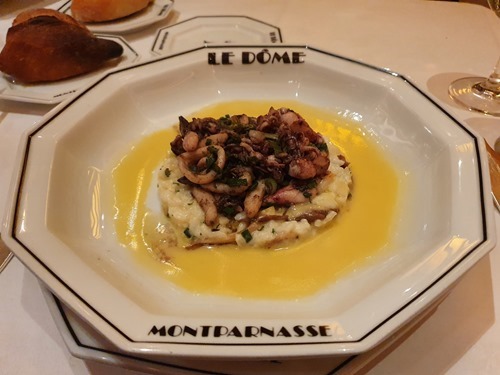 Here’s a quick photo with my Autodesk Research colleagues, Fikret Kalay and Pete Storey. It was really nice getting the chance to hang out with them both again. 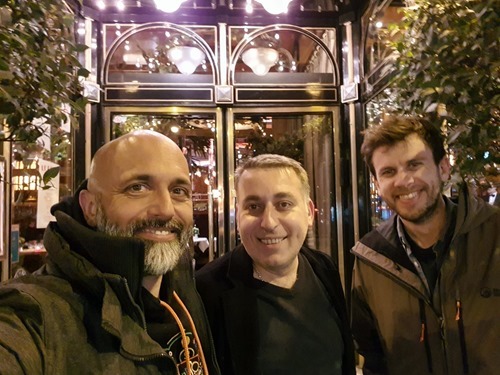 I do like walking through Paris, even at night. Here’s a random photo of a metro station. 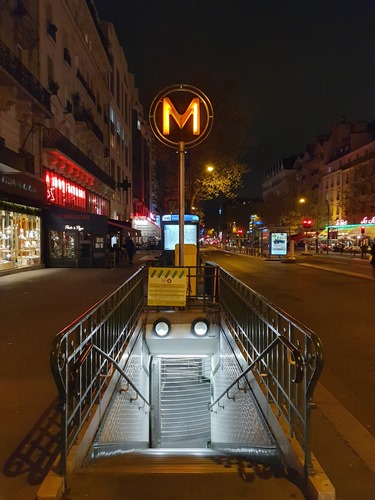 On Wednesday both Fikret and I were on the presentation schedule. 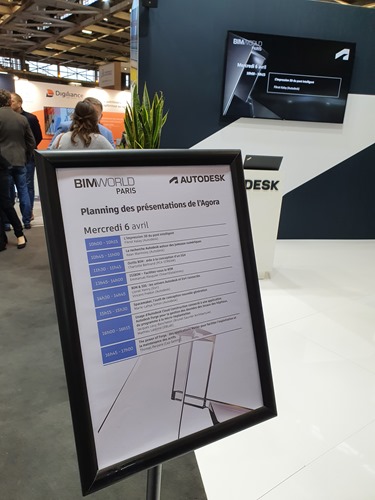 Fikret talked at 10:15am about the bridge’s design and construction. 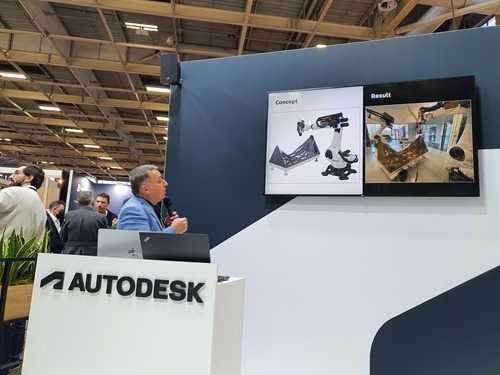 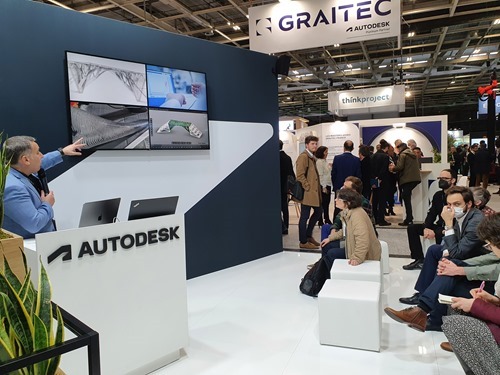 From my side I spoke (in French, gulp!) at 10:45am about the digital twin side of things. 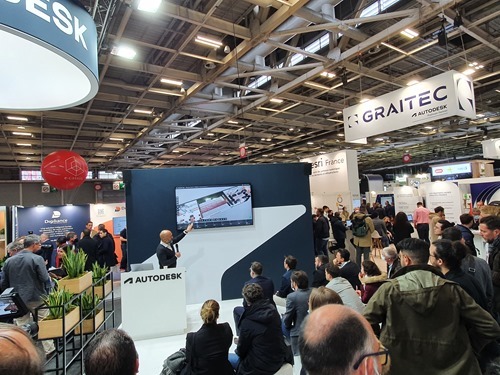 I was very pleased to see so many people engaging in the topic. 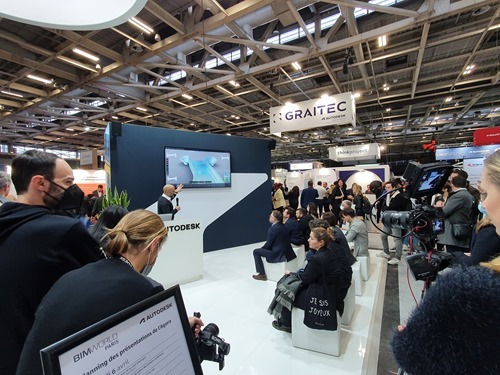 I’m now about to head to Gare de Lyon to make the trip back home. It’s been a fantastic couple of days, with some real highlights: catching up with some old friends, of course, but also being able to visualize data from the bridge in realtime using Dasher was a huge milestone for the project. I’m looking forward to more people being able to see the bridge, in the future: I’ve heard whispers about the bridge visiting a few more locations before heading back across to Dubai, but more on this in a future post.