« A visit to Geneva with Brunet Saunier Architecture | Main | Does Dynamo (and Revit) crash for your projects? We'd love to hear from you! »

At the beginning of this week I headed back across to the fine city of Zürich for a couple of days. My first port of call on Monday morning was to the NEST building on Empa’s Dübendorf campus. (I’ve talked about NEST many times in the past, as we have an ongoing project to host its digital twin using Dasher 360.)

Arriving at the building it was exciting to see the building covered with scaffolding, as the work has started to build the HiLo roof. 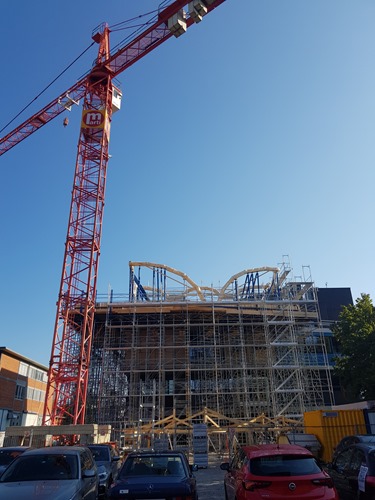 Here’s the breakdown of NEST’s units by floor. HiLo is accessible via the 3rd floor. 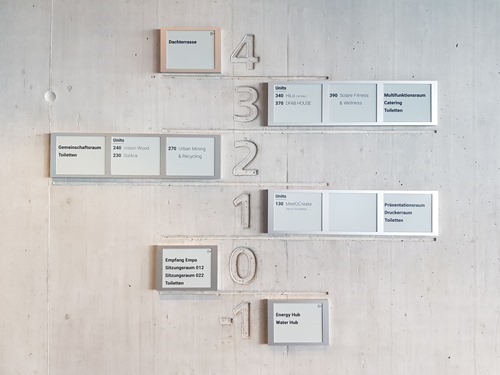 I took a quick picture looking outside from the 3rd floor onto the initial formwork for the roof. There’s more to come, of course. 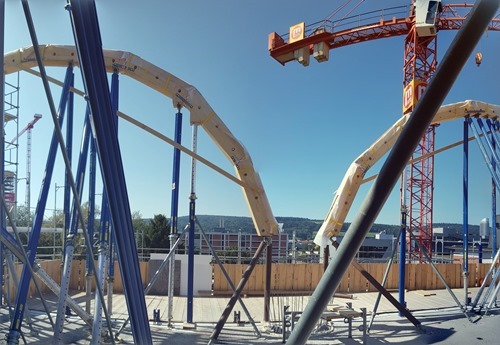 First on the day’s agenda was a meeting with the stakeholders involved in the NEST project, including Matthias Wasem and Antonio Cocca from BIM Facility AG, who helped update the Revit model of the building to include many of its sensors.

I gave a quick demo of a new version of Dasher 360 – with some interesting new realtime capabilities – which will be used for NEST’s digital twin. You’ll be able to access this new version – with the NEST model inside it – sometime during the next week or two. Watch this space! 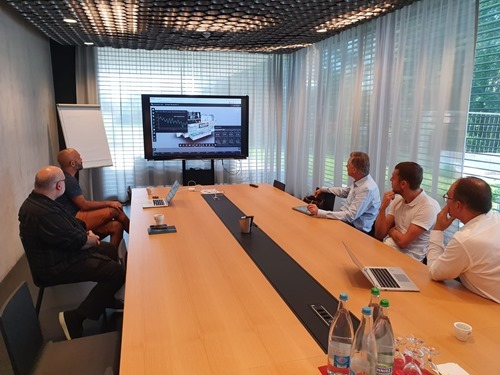 After the demo, the group were taken on a tour of NEST by Reto Largo, its CEO. This was the first time my manager, Azam Khan, had seen the building. We started at the award-winning Urban Mining & Recycling unit, which has been built using a maximum of recycled (and recyclable) materials. 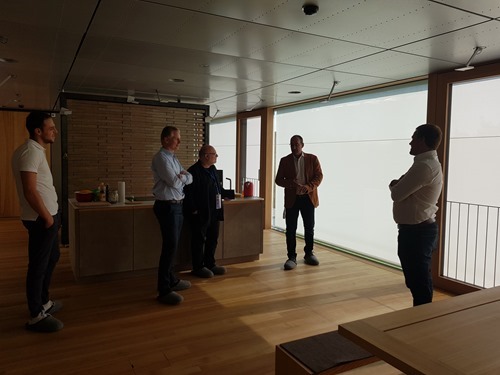 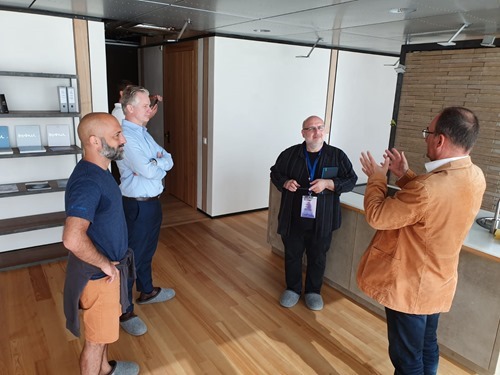 We visited the unit with the photovoltaic balcony facade, intended to be net positive in terms of energy generation. 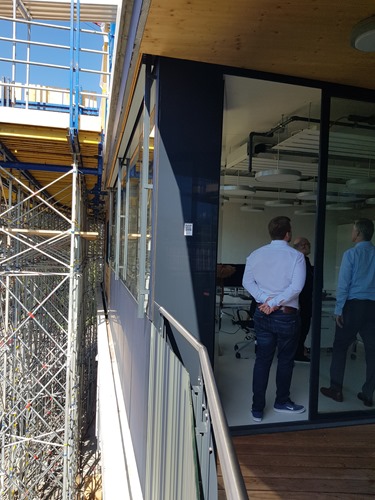 We saw where this energy was stored in the basement’s supercapacitors. 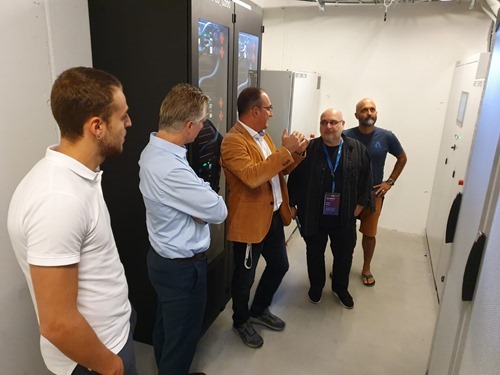 Perhaps bizarrely, one of my favourite parts of the tour is where we see the water treatment: NEST has special toilets allowing the early separation of yellow, gray and black water. 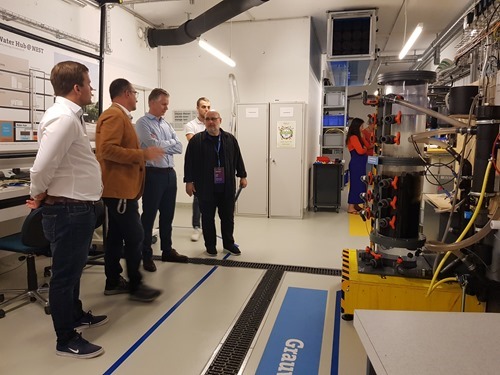 The yellow water (yes, the urine) is used to create fertilizer. 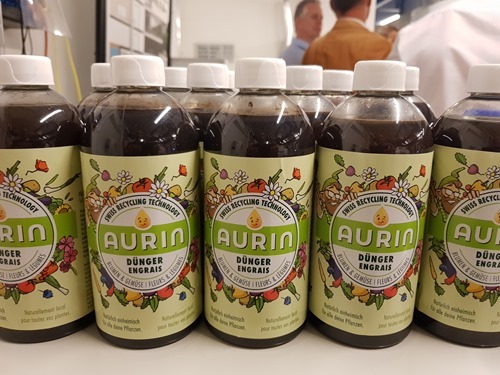 Azam had come across from Toronto primarily to present at the humARCH summer school organised by ETH Zurich and EPF Lausanne, which was (conveniently for us) also being held at NEST. 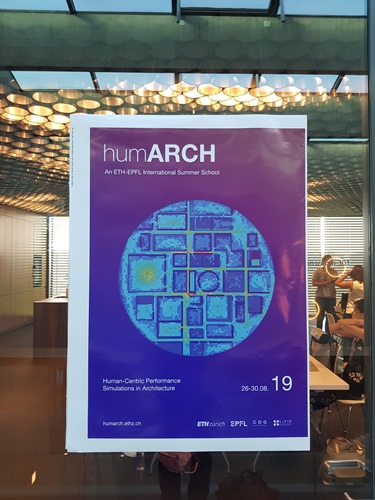 On Tuesday morning Azam kicked the day off with a keynote talking about the work his team has done in this area, with a particular focus on sustainability (one of Azam’s passions). 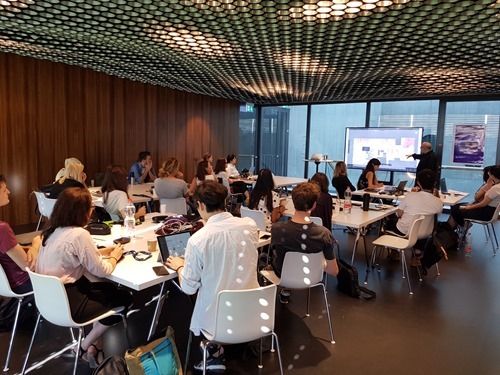 After this was over, Azam and I met with Russell Loveridge from the NCCR Digital Fabrication. Russell started by giving us a tour of the DFAB House, another NEST unit. 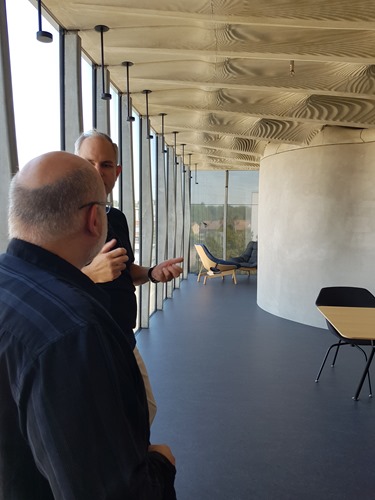 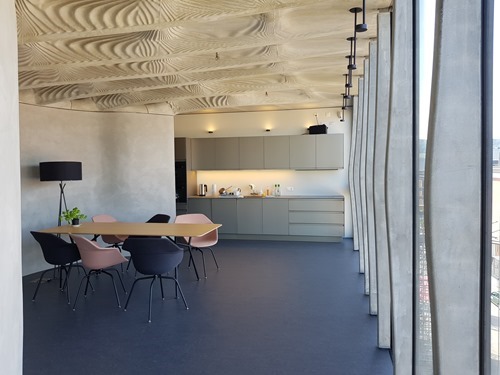 It was a real treat to hear Russell – who has been heavily involved in the project since its inception – provide us with additional context. 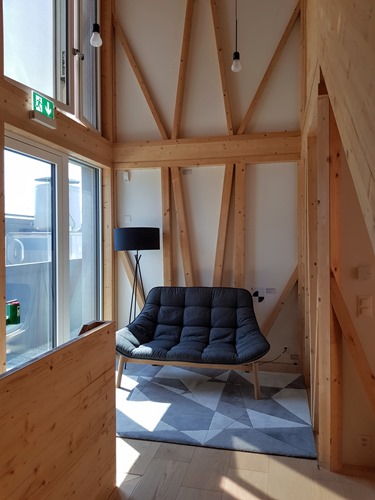 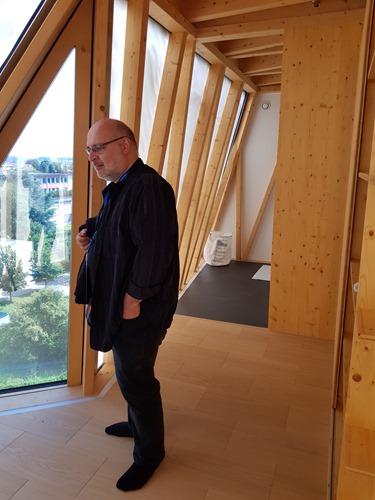 We then headed across to the ETH Zurich’s Hönggerberg campus, where Russell showed us the Institute for Technology in Architecture’s Arch_Tec_Lab building. 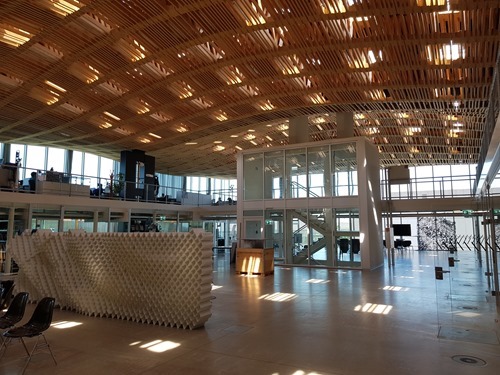 There were some impressive projects on display in the lab, many of which made use of techniques such as 3D printing, unsurprisingly. 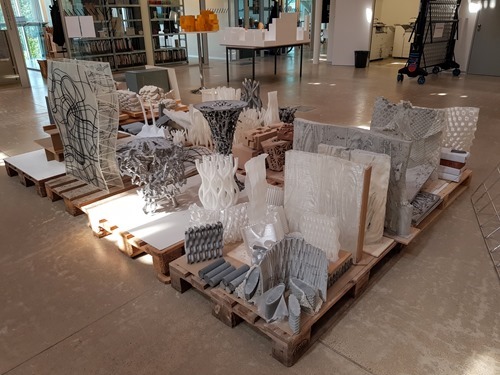 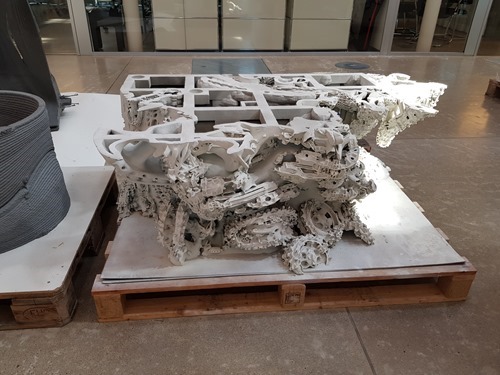 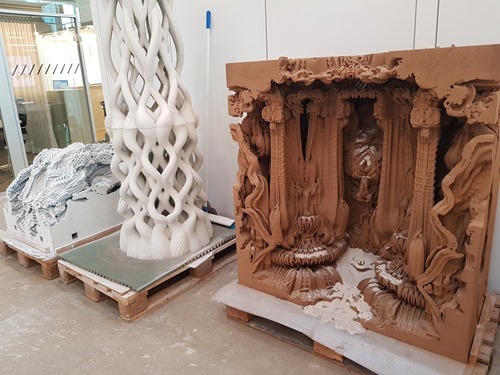 The ITA’s more hands-on area – which I’d last visited at Rob|Arch, last year – is always very interesting to visit, too. 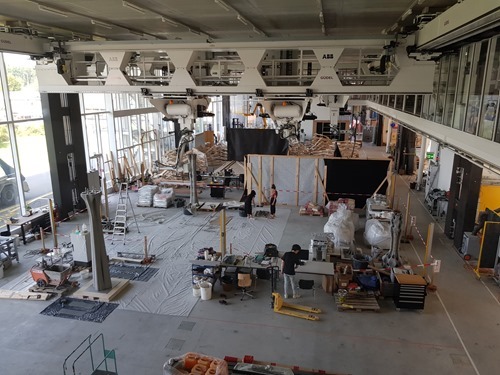 ETH is doing some very interesting work with concrete printing. As the printed material’s strength is often only a third of that of poured concrete, they’re also exploring ways to combine the two techniques. 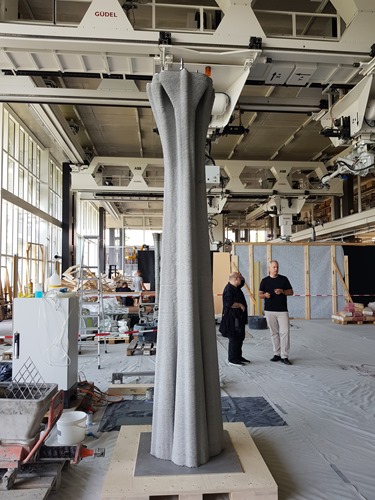 Robots are being used for assembly as well as for printing, of course. 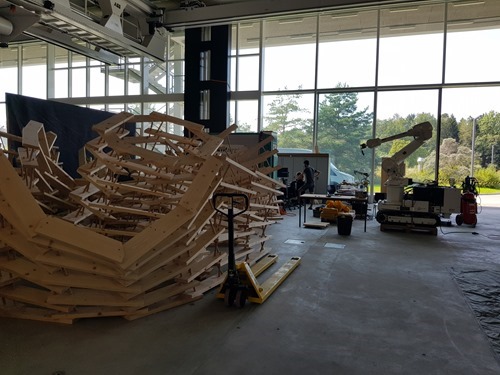 Another project explored the use of robotic welding to combine existing components, rather than building them up completely from scratch. I can well imagine this being extended to include generative design, in due course. It was a great couple of days: I’m really happy with the progress we’re making around our engagement with NEST, and it’s also a privilege to see more of the goings-on at ETH. Many thanks to all those involved in making this trip happen, particularly Reto, Russell and Matthias, as well as Philipp Mueller, who came across from Munich to be with us.