A visit to Basler & Hofmann

Yesterday I headed across to Esslingen, a town south-east from Zurich, to meet with a large Swiss customer of ours, Basler & Hofmann. They’re an independent engineering, planning and consulting company with 600 employees in 4 countries (although most are based here in Switzerland).

One of the reasons for meeting in Esslingen was the chance to visit the site of their Office Building Extension eGHA project – the winner of an AEC Excellence Award that was presented at Autodesk University 2018.

Our hosts were Mathias Kuhn and Gianluca Genova, who had been in Las Vegas to receive their award, and had attended one or more of the classes I’d helped deliver about Project Refinery.

Mathias gave us the overview of the project from outside: 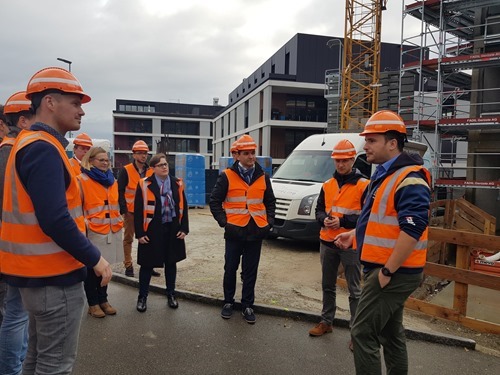 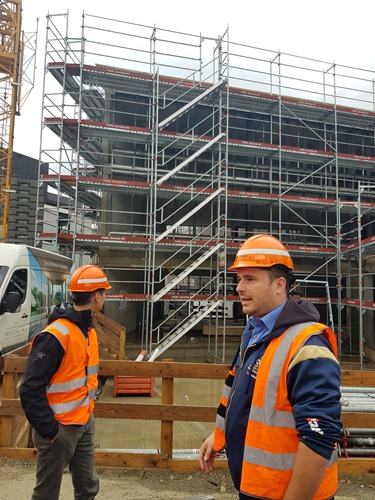 Once inside, Gianluca took over and talked about some of their work to make the whole process fully digital, including heavy use of both BIM 360 and AR technologies such as HoloLens. 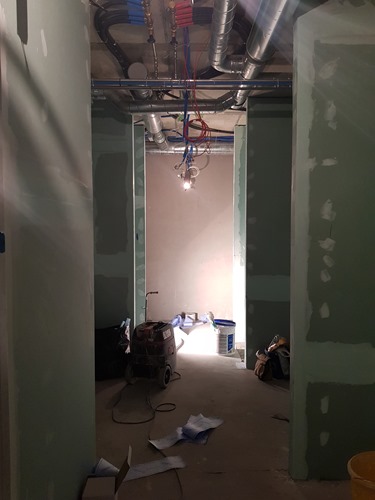 Early versions of the prototype relied on QR codes, some of which you can still see attached. 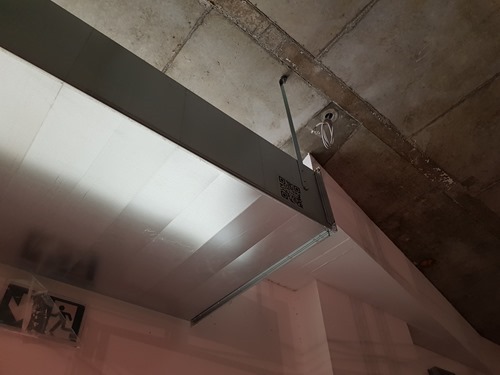 Later on they were able to use image recognition to avoid the need for special markers. Here’s an interesting shot where one of the people working on the project is walking around with a tablet, looking for a particular piece of ductwork. 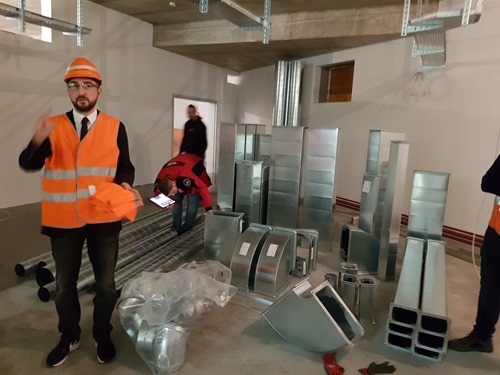 Here’s a quick selfie with Peter Schlipf and Gilbert Muehlemann. 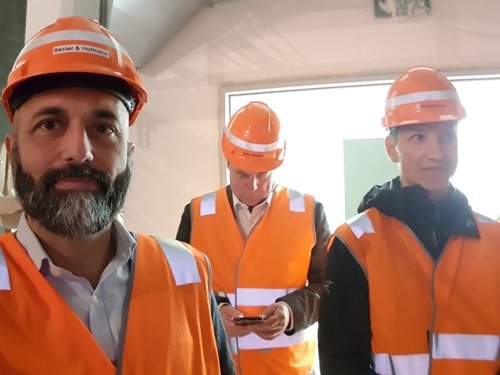 Here’s a tweet from Peter with a couple more pics:

After a very interesting tour, it was time to deliver some presentations for a group of interested Basler & Hofmann employees and executives. 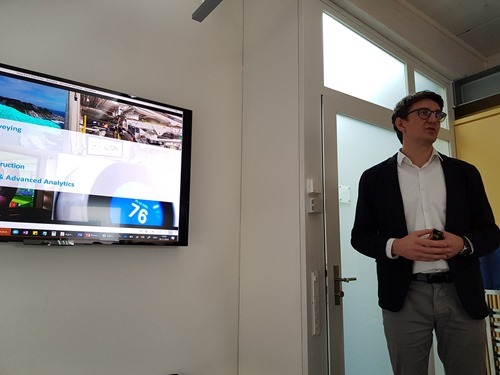 I presented about the work Autodesk Research is doing in integrating IoT data with BIM (i.e. Dasher 360) and how the vision is for that to connect with Generative Design (I also talked quite a bit about Project Refinery).

After my piece, Peter Schlipf talked about Forge. Note the old overhead projector in the corner: that was fantastic to see again! I last used an OHP when I presented a session on “structured data formats” – printed out onto transparencies – during my 2nd round interview to join Autodesk, back in 1995. (At the time is was all about structured formats such as SGML – this was in the days before XML – and that it was important not to rely on presentation formats such as HTML to structure content. Obvious now, of course, but this was way back when.) 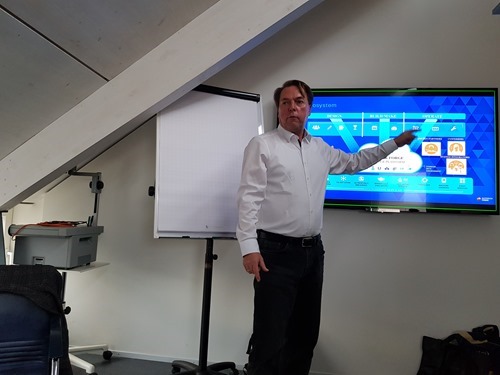 I had to leave promptly – before Peter had finished, unfortunately – to make my way back to my kids’ school. Yesterday was St. Nicholas’s Day, which is commonly celebrated in continental Europe. I’m usually travelling on this day of the year – although that’s less likely to happen now that AU has shifted to before Thanksgiving – so I was extremely motivated to get back in time for the evening’s event. 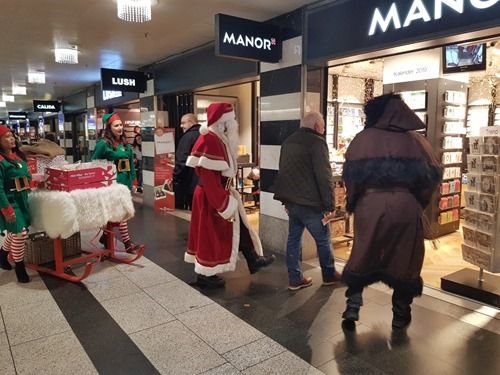 Arriving at the school, I was greeted by lots of kids selling their wares to appreciative parents and grandparents. 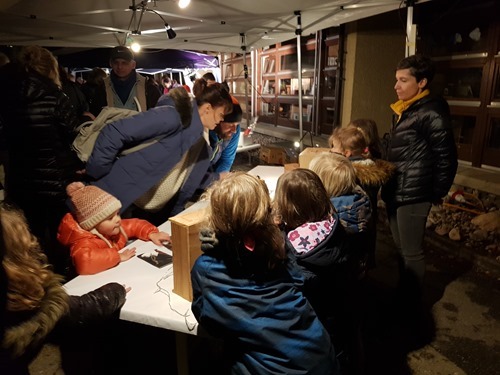 They all then sung some songs to encourage St. Nick to show up. 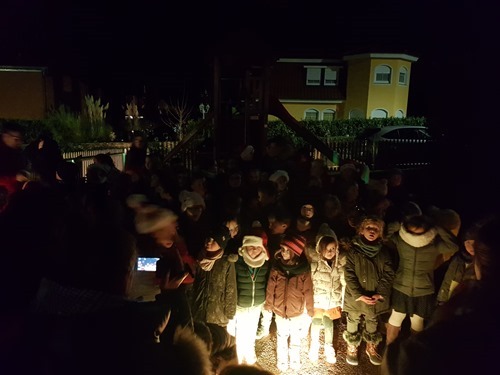 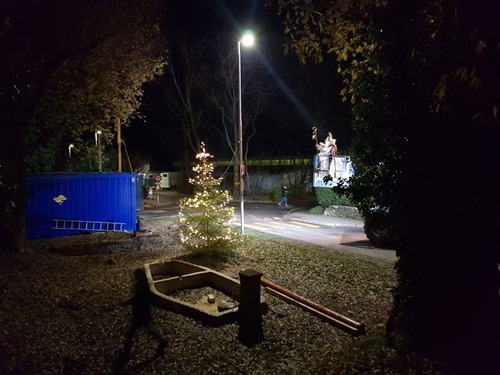 He then proceeded to give out goodies – mainly freshly baked bread and tangerines – at which point I had to leave for my dinner appointment. 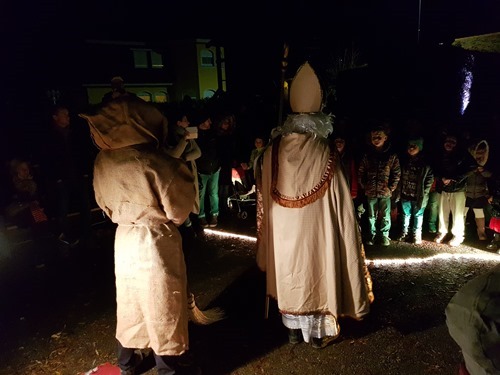 It’s seafood season, and if you’re going to eat seafood in a land-locked country such as Switzerland, the Cardinal is definitely the place to go. Wow. 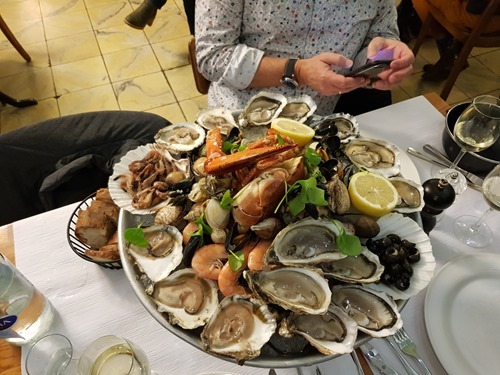 It’s a fantastic old cafe/restaurant with a terrific ambiance. We weren’t the only people eating seafood, and yet others were drinking absinthe in the traditional way with a lovely old water fountain and special forks for sugar. 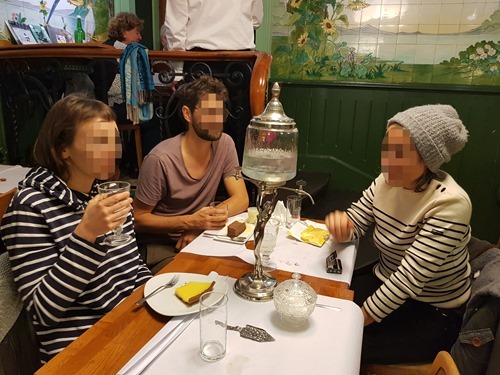 It was a great way to end a really interesting (but busy) day. 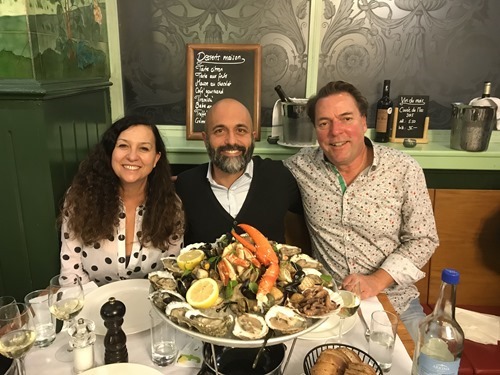