I really enjoy my job, these days (although frankly that’s been true for the majority of my career at Autodesk): I get to work on projects related to IoT (Dasher 360) and to generative design (using Dynamo + Refinery). This is a real privilege, because there’s a connection between the two that’s tangible and that will become more and more important. It’s that connection that I want to talk about today, as this week was the first time I’ve covered my two areas of focus in a single, in-depth presentation.

On Wednesday afternoon I presented a keynote session at the Swiss Buildtec Alliance Autumn Conference, held at the FHNW (the University of Applied Sciences Northwestern Switzerland) campus in Muttenz. The building is brand-new – it officially opened two months ago – and while the outside is unremarkable… 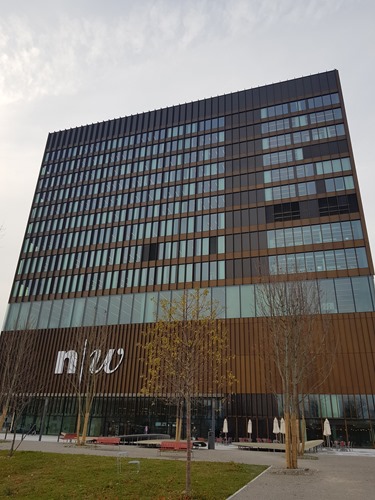 ... the inside is straight out of an M. C. Escher drawing. The effect is exaggerated by the individual stairs being visible from beneath. Fantastic! 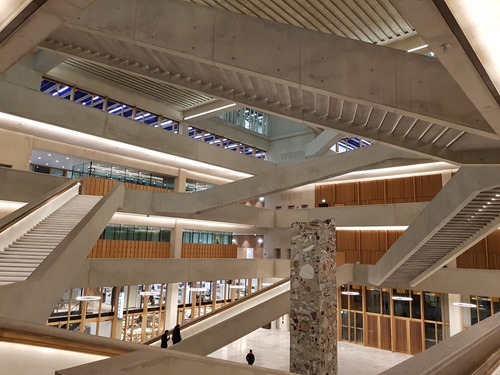 There were two keynotes at the event: the first covered the use of IoT for elderly care, while mine talked about Autodesk Research’s work on BIM and IoT and how this relates to generative design. So I spent half my session talking about Dasher 360, and the other half talking about The Living’s generative design projects. While these are currently connected, at some point the data we’re collecting about buildings and bridges will eventually be used to drive the generative process for the next iteration of the design. Much as was the vision for Project Primordial, our original collaboration with Hackrod. Here’s an image from one of my slides that shows the connection between IoT and generative design: 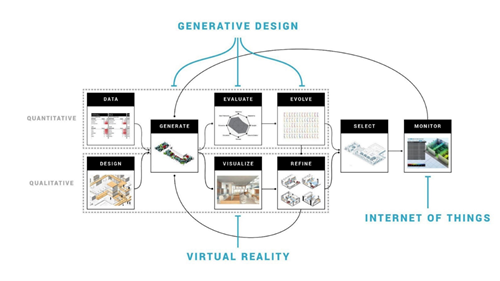 There’s also something really holistic about combining these two topics… on the one hand I have left-brain analytical activites – in the form of Dasher 360, which is all about enabling in-context analysis of measured data – while on the other hand I have right-brain creativity – in the form of generative design. 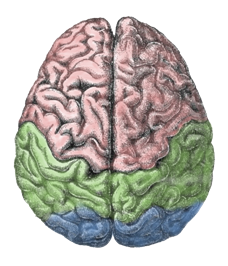 By derivative work of this - Gutenberg Encyclopedia, CC BY-SA 3.0, Link

I won’t share pictures from the event itself, but here’s a picture of the sign. It was a German-language event, with mine being the only segment in English (obviously). 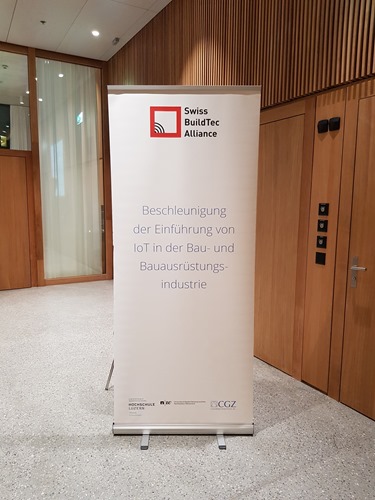 In an interesting piece of synchronicity, Andrew Anagnost also highlighted the relationship between generative design and IoT during this week’s investor call. Here’s the relevant section of the transcript:

And then on the manufacturing side, you mentioned the interesting Ford example and how this was at least driven in part by generative design. We’ve also got concepts like digital twin and IIoT getting a lot of attention on the manufacturing side. But do you maybe see these initiatives in manufacturing as a little bit further out than the construction opportunity? Just your thoughts there on kind of how quickly those opportunities are developing relatively speaking. Thanks.

You look at manufacturing, tools like generatives and some of these other tools, IoT by the way we just see IoT as an input to generative, that’s how you collect data and you use it to put information in. It’s something we pioneered with the Hack Rod initiative a couple of years back. These initiatives are all very much in the exploratory stages of manufacturers, large and small. And what they’re doing is they are sitting there going well. I know that these technologies, the cloud, high-performance computing in the cloud, connected workflows generative, all of these things are going to have a big impact on my business. I just don’t know how I am going to deploy them yet. So you’ll see those start to get much more traction over an 18 to 24-month horizon whereas construction is kind of a now opportunity.

It was a lot of fun to talk about these topics together – I hope I get the opportunity to do so in the future. For me it’s clear this is where things are going, longer-term, and it’s exciting to see it all unfold!