« Adding smarts to the MX3D bridge | Main | Coming to a Forge DevCon in the US or Europe? It turns out Ill be talking at both! »

After a crazy (but cool) few days in Amsterdam at the beginning of last week, on Thursday night I hopped across to Barcelona for an event being organised by our Enterprise Priority support team. They had invited our larger customers from all over Europe to come and hear about the use of generative design technologies in the AEC space, both present and future.

I woke up early in the hotel opposite Autodesk’s nearly-beachfront office to see the morning light hitting it. 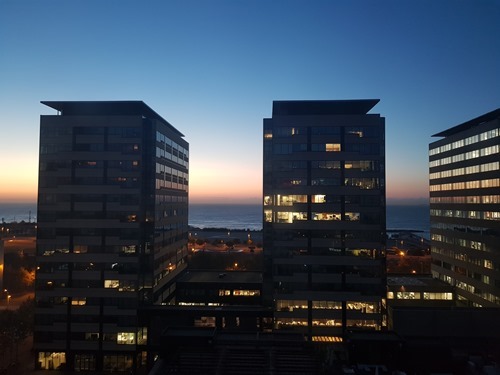 The event itself was on the first floor of the office, so we were surrounded by autumn colours. 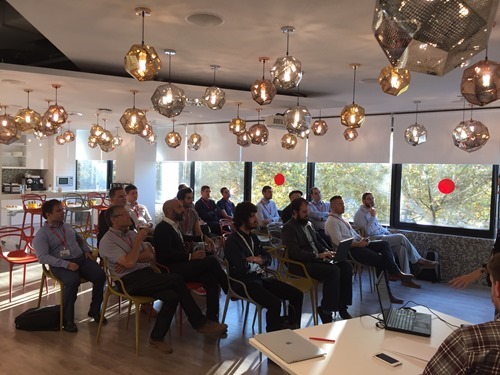 My role at the event was to present Autodesk Research and our projects in this area. I’ve only been involved in a few recent ones – most notably the generative urban design project for Van Wijnen – but I was fortunate to be able to draw on presentations from my colleagues in The Living, and talk about all the cool stuff they do. 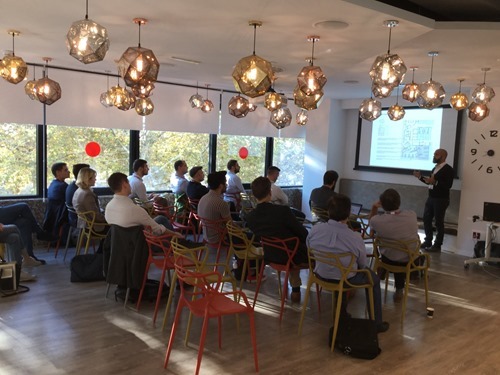 For those of you who aren’t familiar with The Living, they’re an architectural practice that Autodesk acquired back in 2014. The Living had just launched their Hy-fi installation – which was built having won the Young Architect’s Prize awarded by MoMA PS1 – a 13-metre tower built out of 10,000 algorithmically-positioned, compostable bricks grown from mycelium. Amazing stuff… and all of it returned to the earth once the summer was over. 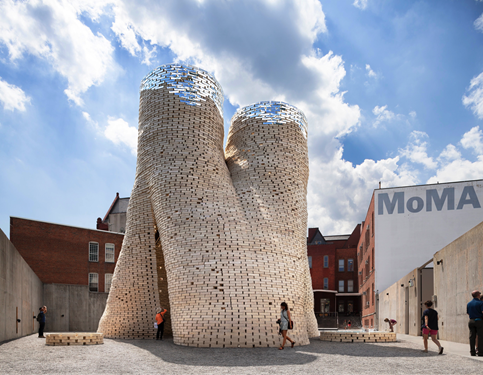 Another interesting project The Living delivered was for the facade of the Embodied Computation Lab at Princeton University. Much like Hy-fi, the project wasn’t exactly generative but did harness technology and data to create a unique aesthetic. The Living designed a neural network to detect knots in wooden planks and then used the data to categorise the planks and drive a custom CNC sandblasting process to accentuate the visual value of these features. A daylight analysis was also performed and the results were used to sort the planks in a way that created a more compelling “3D” facade for the building. 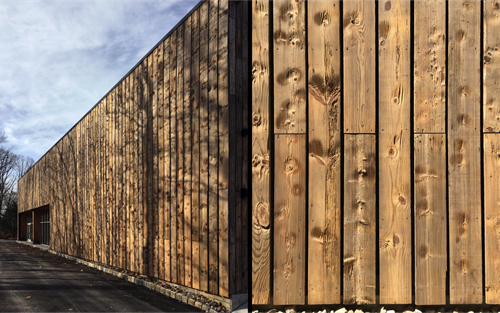 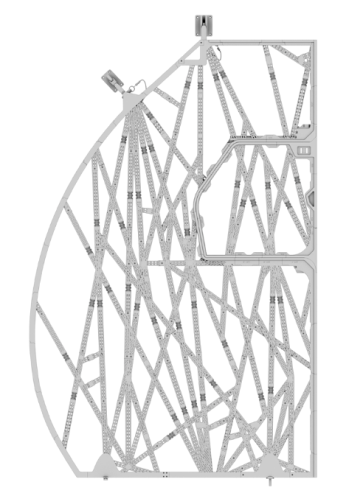 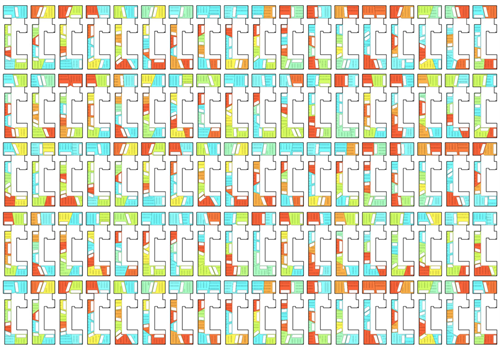 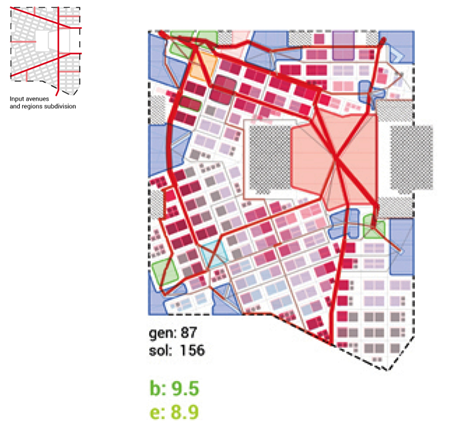 The Living was the first ever acquisition performed by our Office of the CTO (OCTO), and the NYC-based staff of The Living are organizationally inside Autodesk Research’s Complex Systems Research group (where I work along with a larger team that’s based in the fine city of Toronto). So we’re in the same group, which makes collaboration much easier… and is one of the reasons I was asked to help out with the Van Wijnen project at the beginning of 2018.

So during my half-hour session I talked about the various projects delivered by The Living: it’s really easy to talk about such fascinating work.

A quick shout out to the other presenters, during the day…

Raquel Báscones Recio was our master of ceremonies, introducing the subject of the event and its various speakers. She also put in a great deal of work to make the event happen, in the first place. 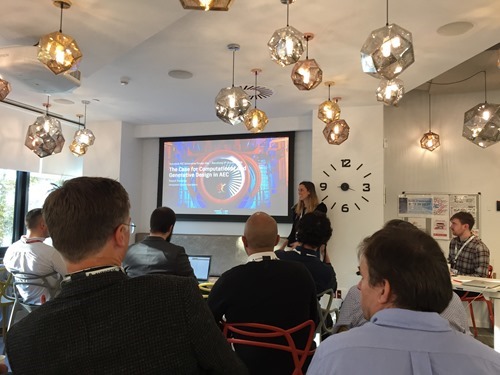 Nono Martinez Alonso is a developer working on Refinery. He now lives in Spain, so this was a quick trip across for him. 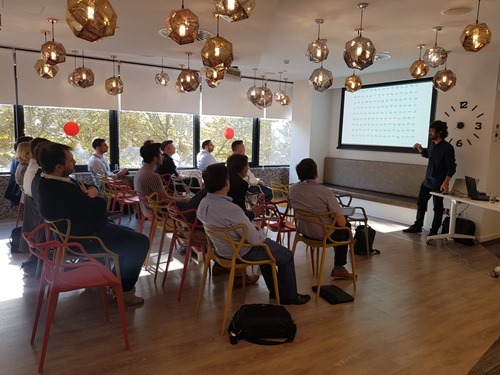 Jacob Small is a legend on the Dynamo forum. He works in our support team in Boston and gave a presentation on Dynamo. 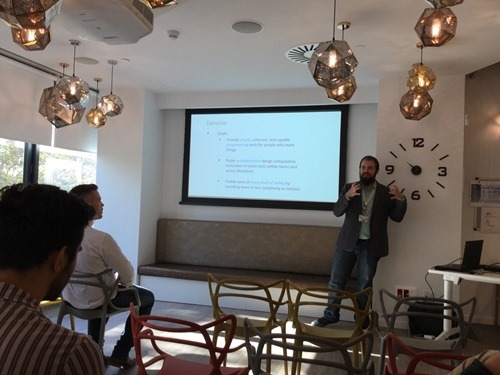 We then had a number of presentations by Autodesk customers using generative design workflows today: GHD, AECOM, Arcadis and Sweco. 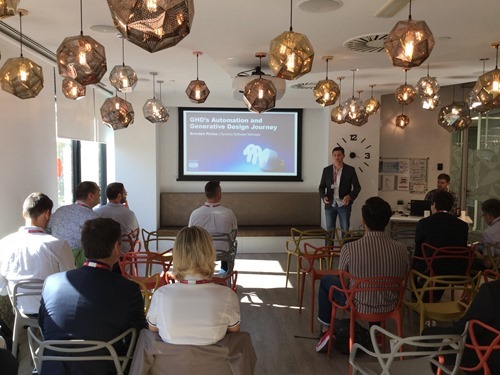 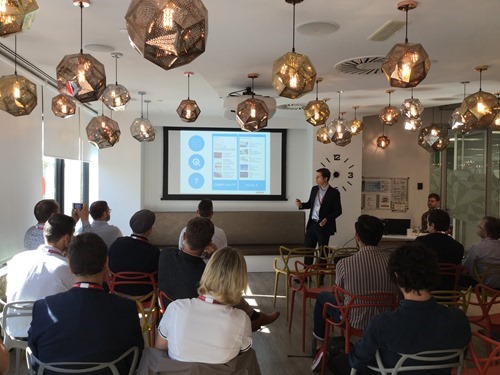 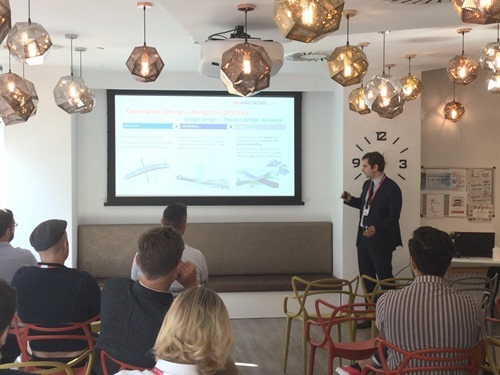 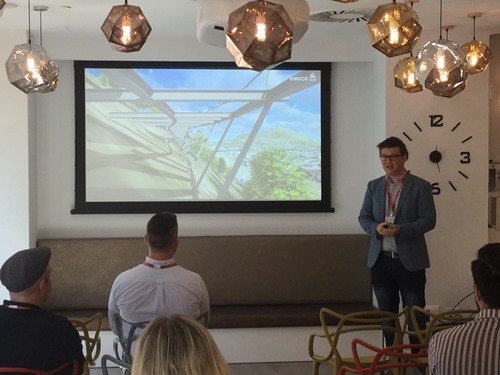 Just before lunch, my old friend Reginald de Visscher – who manages the team Raquel belongs to in Barcelona – led a LUMA session to capture people’s interest in generative design. My sticky note allergy unfortunately prevented me from attending this session. (I’m kidding, of course: I was pulled away by something related to the MX3D project. :-) 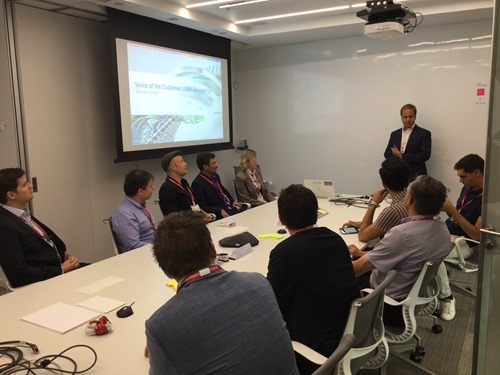 The afternoon session had a couple of concurrent tracks with workshops on generative design tools and techniques for building and infrastructure design. I would have liked to have attended, but it would have meant another night away from home (something I’m having to minimise whenever I can, at the moment… there’s so much going on.)

I’m glad I was able to participate in this interesting event. Thanks to Raquel and Reg for making it happen. 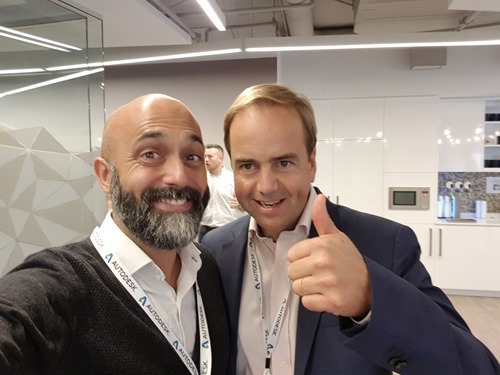 People seemed to respond well to the vision for generative design, and I had some really good discussions with a few attendees who were particularly motivated by the position my team is taking on this: there’s a huge opportunity to create designs based on data. This data might be provided by companies (as we saw with Van Wijnen) or by future occupants (as we saw with MaRS) or created by analysing the usage of comparable installations (as we’re working on with the post-event analysis of the AU 2017 Exhibit Hall… the flow of people through the various areas will speak volumes about how “successful” the design was).

This last category is of huge interest to me: how to not only provide tools to more easily understand rich data in a 3D context, but also to derive learnings from said data that drive the generative process for the next iteration. That is where we want to take things with the combination of tools like Dasher 360 and generative design… it’s a virtuous continuum that’s going to be really interesting for design professionals and engineers.

Social media is a wonderful thing, at times… when Sander Lijbers pinged me on Friday morning for an in-person chat, my first thought was that he assumed I was still in Amsterdam. As it turns out, he’d seen on Twitter that I was in Barcelona, so we were able to take a cab to the airport together and catch up on a wide range of topics. Some of them over a nicely chilled beer. 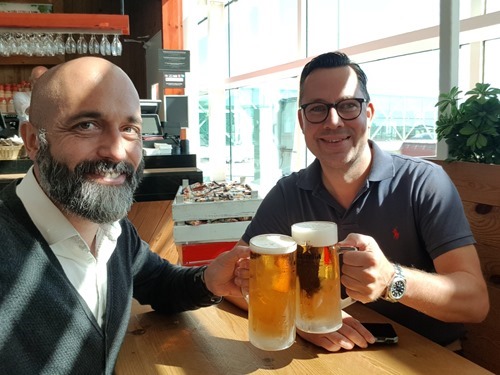 This week I’m going to be heading up to the mountains with my family for a few days, before attending a customer event in Basel on Friday. And next week it’s the Forge DevCon in Darmstadt, which I’m really looking forward to.