« Whats next with Forge? Were about to tell you! | Main | Opportunities in the Forge team »

This is a slightly anomalous post in the “one man’s trash” series, in that we’ve actually found something I can’t bear to part with. This was nearly the case for The Autodesk File 3rd Edition, but I did bring myself to ship that one off to Oregon. Today’s item, once again uncovered by Francesco Tonioni, is a boxed version of AutoCAD 2.6. It’s probably too heavy and fragile to ship around the world, but if I’m honest that’s only part of the reason. It’s just too precious! 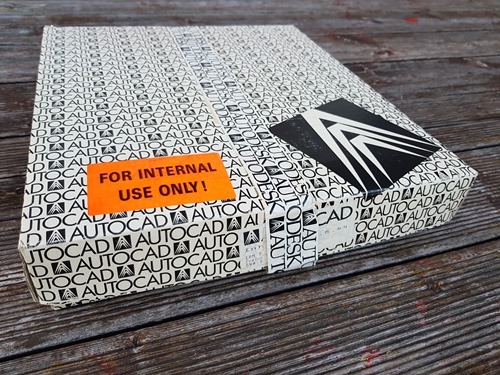 It’s the German edition, which for sure was localized from the English version by our Basel office, back in the day (I made the mistake of saying Neuchatel in the below video, but I realised when re-watching it that we only moved to Neuchatel in the early 90s).

It’s a fantastic piece of Autodesk history that probably belongs in a museum. For now it’ll be safe in the Walmsley Museum of Computing History (alongside a French Apple Newton donated by my father-in-law), at least. :-)

Does the above video trigger any memories for people who used the various AutoCAD 2.x versions? (I only started with R10, from my side.) If so, please post a comment!