One man’s trash… and the winner is…

Many thanks to all of you who responded to the last “one man’s trash” post offering a signed copy of The Autodesk File for one of the people answering John’s question correctly:

What was the first Autodesk product which, after having been sold, was subsequently discontinued?

The answer is, of course, AutoScreen. Of the 15 people who responded, 7 gave the correct answer (the other popular – albeit incorrect – answers were MicroCAD and Lightscape).

What was the original in-house name for the product eventually introduced as AutoSketch?

(In all fairness, John estimated there were probably only 20 people on the planet who knew the answer to this question…)

The answer to this one is Masterstroke, which really seems like the perfect codename for it.

Nobody got this one right, so I performed a completely random selection which resulted in Brian Johnson’s name being picked. Congratulations, Brian!

As a reminder, this is the copy Brian will be receiving, once I’ve managed to get it signed by John. It’s a 3rd edition and was published by a proper publishing house. 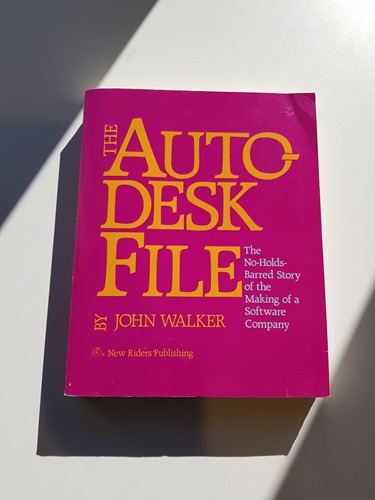 During my evening discussion with John Goodman, he mentioned he also had a copy of the book that he didn’t want. This one’s a 2nd edition, and seems as though it was bound less professionally. 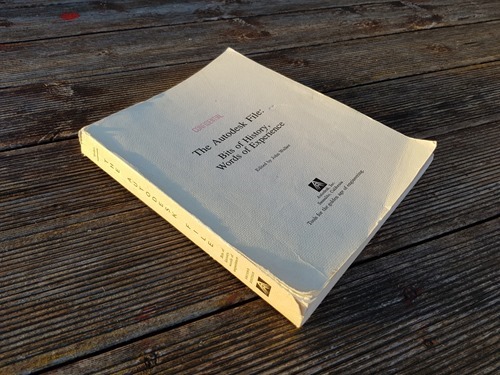 I’m sorry to say that I’m going to keep this one for myself, though: judging from the inside cover it once belonged to an old friend and former Autodesker, Abel Smit, so I think it’s only fair that I hang on to it in case he wants it back, one day. ;-)

Here’s a snap of Brian with his signed copy of The Autodesk File: 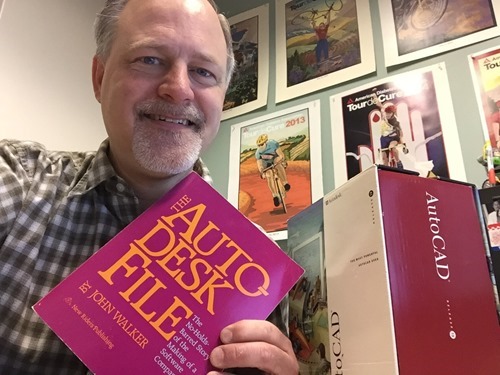 Congratulations once again, Brian, and thanks for sending this across! Nice touch including the R13 box, too. :-)