I know this one is going to be extremely popular with the readers of this blog. While starting the clear-out of her bookshelf, a colleague in the Neuchatel office, Maria Elena Santoyo Torres, found a copy of The Autodesk File in book form. I hadn’t realised it had been bound into a book, so this was really exciting to me! I admit to having been more than a little tempted to hang on to it for myself. Ah well.

(For those of you who are new to this series, we’re using this blog to give away interesting items we’ve found while emptying the Neuchatel office, which will sadly be closing its doors later this year. So far we’ve found new homes – in Australia and the UK – for a couple of RS-232 breakout boxes that our support techs used to troubleshoot digitizers and plotters back in the early 90s.) 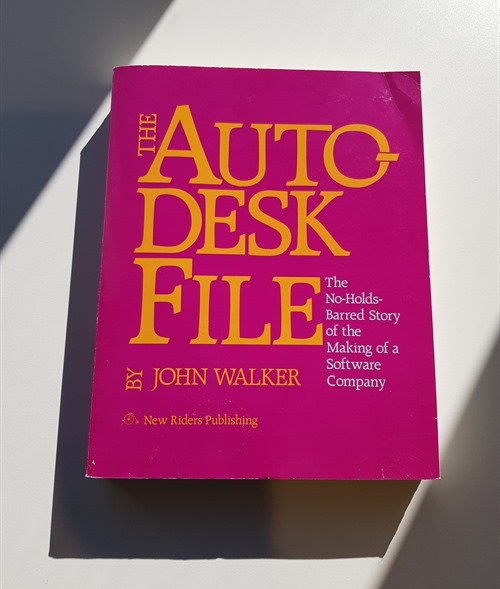 John Walker, Autodesk’s founder and the book’s author, still lives in the area and has kindly agreed to sign the book for the lucky person who wins it. I say “win”, because I can’t bring myself to give something so precious to the first person who emails me… it has to be earned. And I think people will have a little fun, along the way.

John provided a couple of trivia questions to help raise the participation bar. The answer to the first – the main question in this competition – can be found in The Autodesk File itself.

What was the first Autodesk product which, after having been sold, was subsequently discontinued?

The second is much more challenging, so I don’t actually expect anyone to know this. As it’s such a stretch, I’m categorizing this question as being only for bonus points. Don’t feel as though you have to answer this one to be eligible for the book: although it certainly won’t hurt your chances if you do.

What was the original in-house name for the product eventually introduced as AutoSketch?

I’m going to have to make Autodesk employees and their families ineligible for this competition, even though it’ll probably make Shaan Hurley foam at the mouth. Sorry, Shaan, but if I can’t have it then none of my colleagues can, either. ;-)

So, if you want a chance at winning, please email me your response to the first question, above, by the end of the day on March 11th, 2018. I’ll put the names of all the people who responded correctly in a hat and get one of my kids to draw a single winner. If you manage to answer the second question correctly, too, then I’ll write your name on a slightly bigger piece of paper.

I’ll give the winner the chance to specify a person (probably the winner, themselves) to whom John will inscribe the book. Otherwise John can just sign it with his name, of course, if the winner prefers that. As a condition of entry I’ll ask the winner to send a photo of themselves with the book so that we can add it to this post. I’ll also publish the winner’s name alongside it.

That’s it for the rules of the competition. Here’s another photo, to whet your appetites. 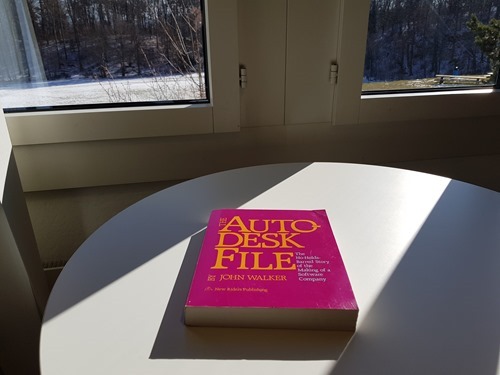