« A video on Generative Design for Architecture | Main | On becoming Swiss »

As Autodesk Neuchatel lurches steadily towards its closure, later in the year, people have started emptying desks and throwing out bits and pieces that have accumulated over the years. I don’t like to see usable things get thrown away and so have decided to do a regular series of posts to find new homes for some of the quirkier items. I’m naming the series of posts after the proverb “one man’s trash is another man’s treasure”, as I’m sure there must be someone out there with an interest in or a need for things that would otherwise be ditched.

If you happen to like an item, drop me an email with your address and I’ll ship it to you. I’ll then post an update to the page saying that it’s no longer available, so if you can tell me what you intend to use it for, all the better, as I can include that on the page, too. Oh, and please be aware that you’re getting something for free that may not even work. They are being provided “as is” with no warranty in any way, shape or form. ;-)

To get the ball rolling, here’s an interesting little item that was probably once used to help diagnose issues with pen plotters (at least that’s my guess): an RS-232 breakout box. 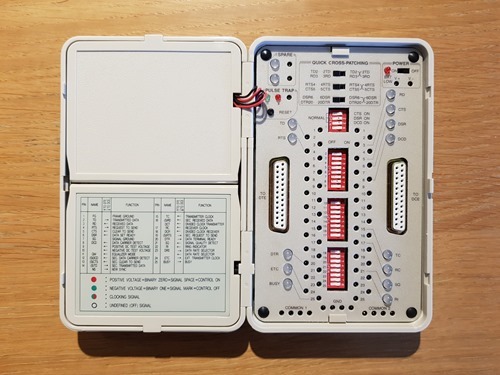 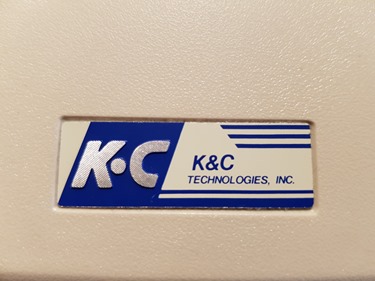 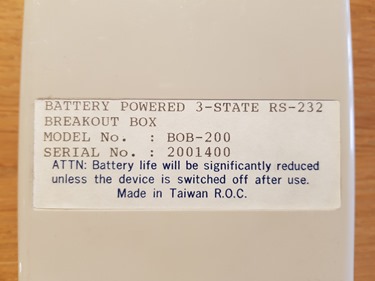 I have no idea whether there are any venerable peripherals out there that still use the once-ubiquitous RS-232 protocol and need the occasional bit of hardware debugging, but who knows? If you’re interested, send me an email!

I know I’ve written this update before, so if you think you’ve read this before, then we’re both experiencing a glitch in the Matrix (i.e. suffering from deja vu).

Within about 12 hours of this post going up, I’d received a fantastic email from Kean Maizels in New South Wales, Australia. Kean has a use for the breakout box when diagnosing – and possible ugrading – old serial devices such as animal weighbridges and opthalmic equipment. The box is now on its way to its new home in Australia. This is fun!