Kicking off the holiday season

Last week – coincidentally on Thanksgiving in the US – Autodesk Switzerland held its first Christmas event since the beginning of the pandemic. The team based in our Gümligen office (which is on the southern outskirts of Bern) joined those of us working from home from various locations throughout the country at a nice restaurant in Bern’s city centre for a delicious meal. 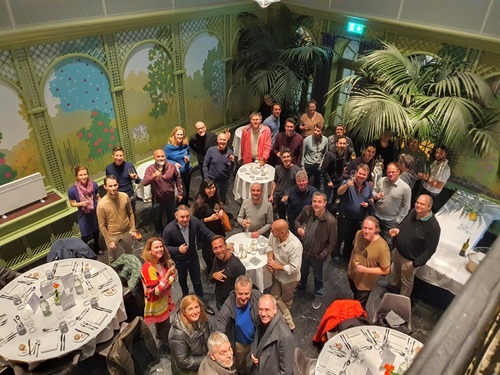 It was lovely to catch up with old friends and even meet a few new ones. 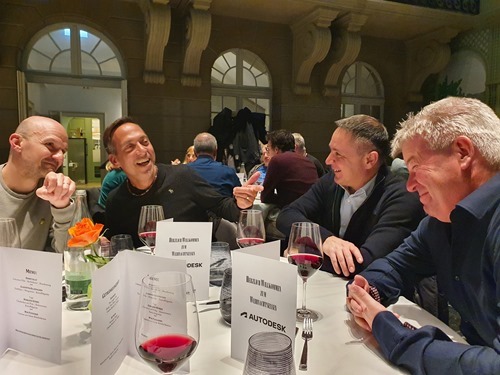 This week has been busy with (largely administrative) year-end tasks, but I have found a few minutes at the beginning of the day to solve the first few Advent of Code challenges. (My first AoC was last year’s – I even managed to complete it – which I enjoyed immensely.)

I’m not sure I’ll be able to keep up with it for the remainder of the month – I’ll be travelling to Ireland and the UK from December 7th-13th – but as our annual break starts on December 16th, this year, I should always be able to catch up at that point. We’ll see.

It will be nice to be in-person at the APS Accelerator next week in Dublin, as well as to attend the Autodesk Ireland Christmas party on the 9th and then catch up with colleagues in London on the 12th. A nice start to the festive season!