As I mentioned last week, Autodesk turned 40 yesterday. In anticipation of this milestone, Shaan Hurley and the Autodesk Community team organised a fun online get-together on Friday for people to join and get nostalgic about the good old days.

Shaan asked me to prepare something Floppy Friday-related, so I went and created a Floppy Friday Zoom background that I used during the event. Here’s a GIF version, in case you’re interested.

At its peak there were around 70 people in the call. It was so nice to reconnect with people after such a long time. It would have been even nicer to see people in person, of course, but there’s not much chance I’d have headed to the US for an anniversary party, so I was grateful for the chance to participate online. 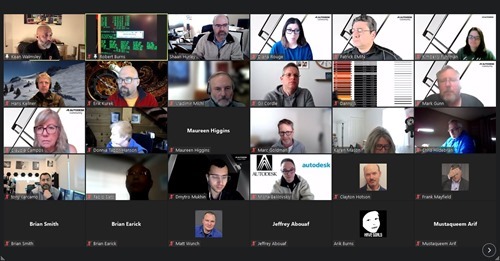 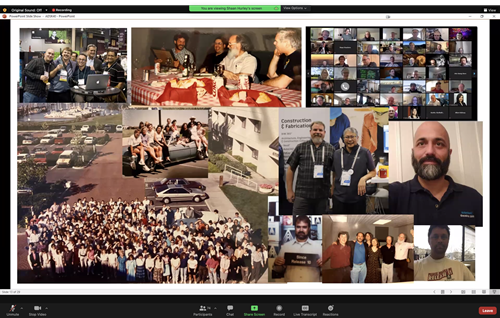 I also had a few props on hand that I’d prepare during the day. 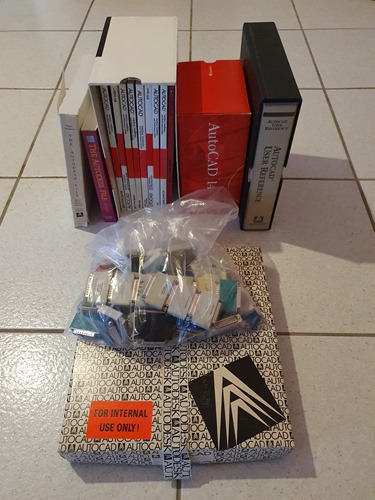 Inside the AutoCAD 2.5 box was a crazy hardware lock (also known as a dongle): 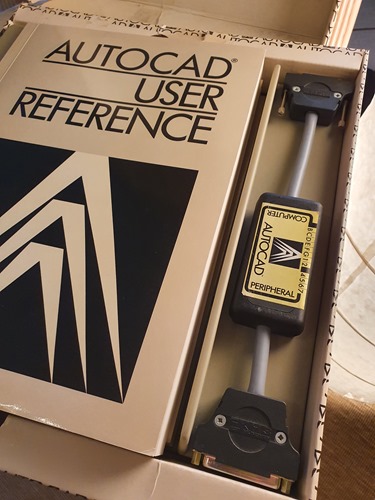 These morphed into a much more compact format, in time. They were only used outside of North America, in case you don’t remember having used one. 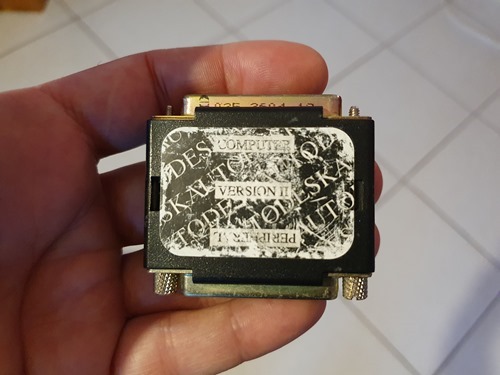 Misha Belilovskiy – who I worked with for many years in the AutoCAD team – also talked about his time with the company. He emphasized a really important point, that’s it’s really always been about the people. (I spoke mostly about technology, so I was happy Mish reminded us of what’s important!)

Robert of RetroCAD fame gave us a fantastic demo, showing how to draw a birthday cake in an early version of AutoCAD (1.2, perhaps?).

It was so strange seeing how we used to do things, back in the say… no object snaps, blipmode leaving marks everywhere… I loved it!

The stage was opened for people to share their Autodesk stories… Hans Kellner talked about the dogs in the office (and the people, too!) and a number of people in the extended Autodesk family talked about their time working with our products.

Thanks to all who took the time to participate in the event. If you didn’t then don’t worry: Shaan will be sharing a recording before long.

Shaan has now shared the recording, and here it is: