The MX3D bridge and its colours

After having talked about its opening, and its data, it’s time to wrap up this week’s triptych of posts about the MX3D bridge by taking a moment to appreciate its beauty.

The bridge has been printed from stainless steel and has not received any surface treatment – other than sandblasting and the manual removal of any jaggedness that might cause injury… the point is that there isn’t a layer of paint or lacquer covering it.

It’s amazing to me (again, a software guy, so take this with a pinch of salt) that the bridge has this golden sheen. The reflectiveness of the material it was printed in does lead to some very interesting optical effects, too.

Take this picture by Merlin Moritz of the bridge being lifted onto a barge during its installation. Between the colour of the sky and the shadows, the bridge looks almost grey. It looks even more Giger-esque than it usually does, which is saying something. 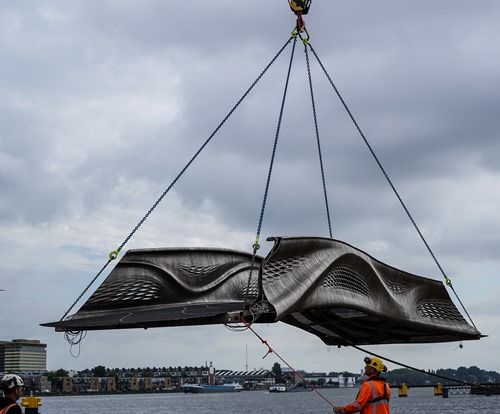 Under normal conditions the bridge is a beautiful golden colour. 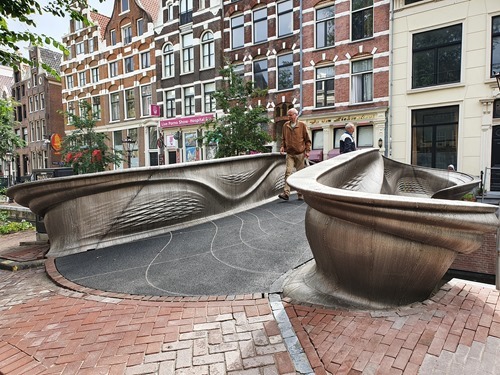 When the light reflects of ripples in the canal, something special happens. 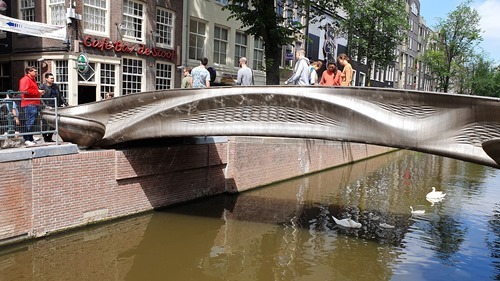 Here’s a video showing how the effect changes over time. It’s beautiful. I was with Pete Storey when we took this video between us: Pete said the reflections looked like sensor data, and we speculated about how we might actually show sensor data as light on the side of the bridge. Manipulating the canal to make the right waves sounds very complicated, but projecting the light directly might prove interesting.

And when the sun goes down, the bridge takes on yet another aspect. 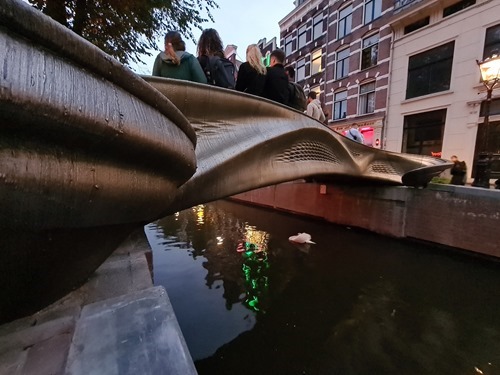 This photo taken by Pete captures how the bridge can reflect the surrounding neon to create a fantastic optical effect. 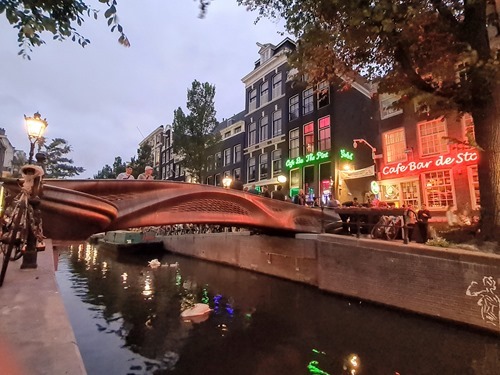 The same effect happens when on the bridge itself. 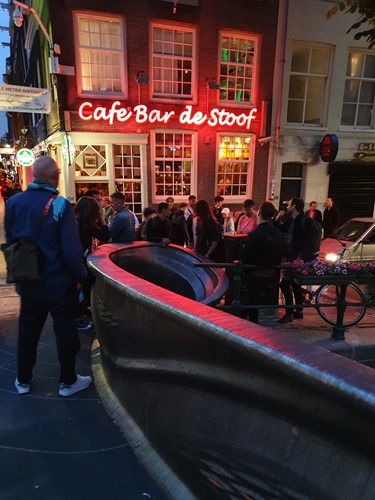 Here’s a view along the canal, showing reflections on the handrail. 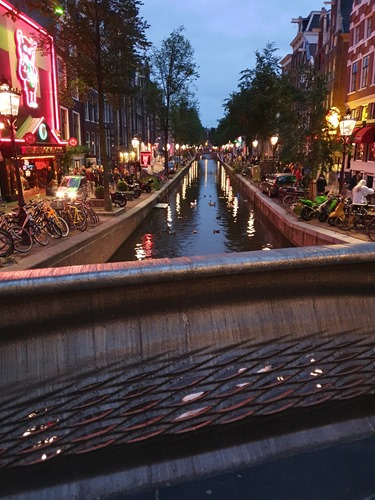 It’s not only red light in this district (haha), so you sometimes get multiple colours being reflected by the bridge’s surface. That’s it for this week’s posts on the amazing MX3D bridge. Thank you for following along. And yes, I do have a new favourite T-shirt, that you’ll no doubt see me wearing soon on a Floppy Friday. 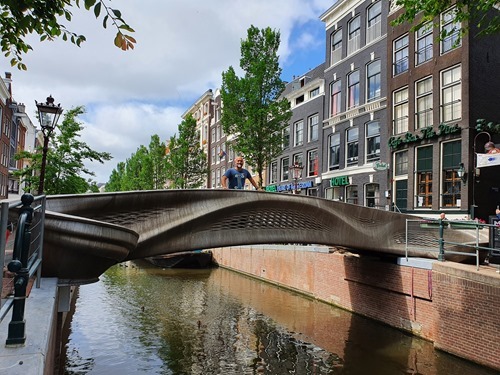