The first day of the world’s UK Dynamo User Group’s first Hackathon was an appropriate way to finish off a hectic but super-rewarding week.

[Correction: it seems I misunderstood something… there have been other Dynamo Hackathons, apparently. Sorry about that.]

I woke up early, this morning, and took a stroll around Hyde Park. 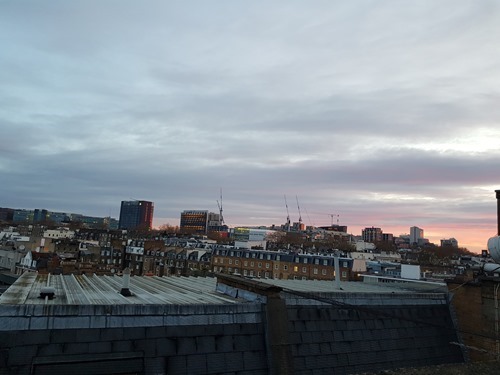 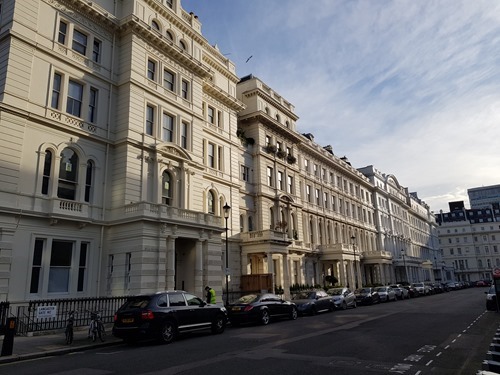 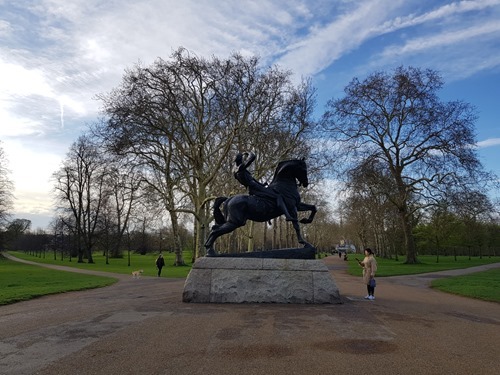 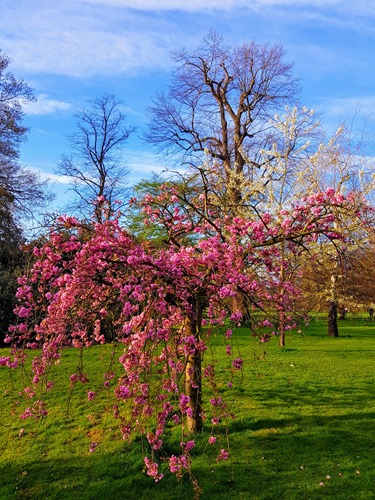 I checked out from my hotel, picking up my cufflinks, on the way. (In a random episode during check-in, the afternoon before, I’d lent them to a fellow hotel guest – who was dressed to the nines for a charity event but had managed to leave all five pairs of his own cufflinks at home. The hotel didn’t have any, but I overheard and offered him mine, asking that he return them to the reception when he came back after dinner. I was a little apprehensive – all I knew was that his name was Tom, which probably wouldn’t have been enough to track him down, in case – but my faith in human nature was confirmed when they were waiting for me at check-out. It was interesting to hear the hotel staff tell me how shocked they were at this small gesture… in fairness the cufflinks were ones I’d picked up in Las Vegas just before last year’s AU – and didn’t have any sentimental value – but I do like to think that most people would have done the same in my position). 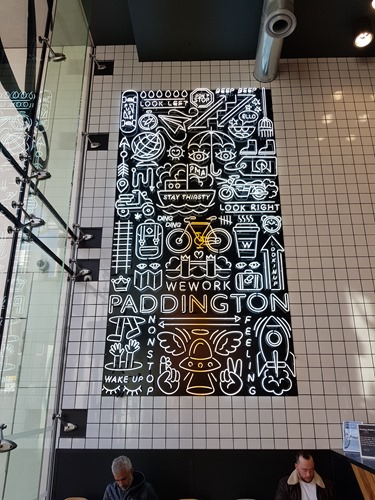 I was early arriving at the WeWork at Paddington – the venue for the Hackathon – so dumped my suitcase and found a nice place to have breakfast: on the river, even! 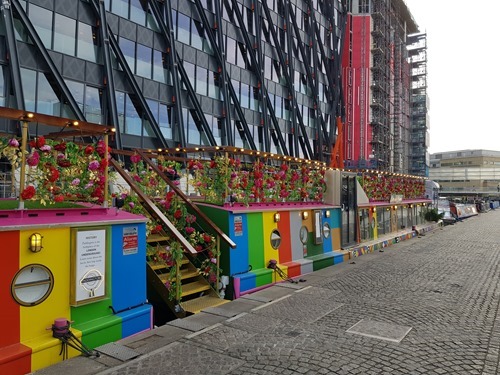 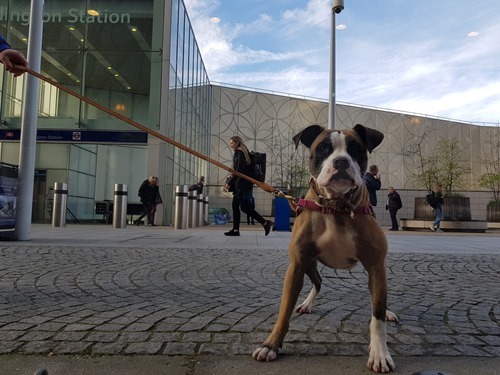 Back at the Hackathon, preparations kicked off a little after 9am. The various members of the UK Dynamo User Group committee – despite them forming a well-oiled machine when it comes to running events – were busy up until the event kicked off properly with a round of introductions and a quick intro to Dynamo (by my friend Keith Alfaro) and to Refinery (by yours truly).

It’s interesting… I’d been so focused on preparing and delivering my sessions at the Automotive Innovation Forum and at OTx EMEA, that I’d really not spent a huge amount of time thinking about my Hackathon intro. Once I’d left Barcelona I’d start to relax, thinking the rest of the week’s journey was downhill. 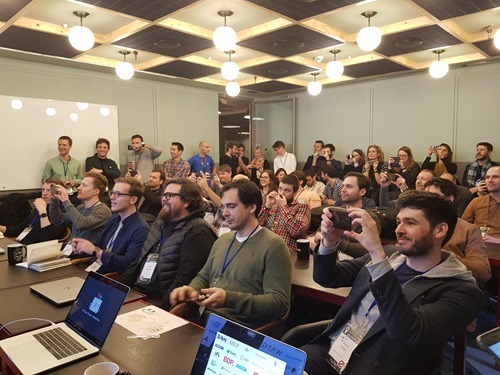 But as I stood there, looking at the people in the room, I realized that I might have had it all backwards. This roomful of 40-50 computational designers was probably the most important audience I’d present to all week. These young (and a few not so young) minds, working at companies such as Arup, AECOM, Arcadis, BAM, BDP, Egis, Enstoa, Heatherwick, HOK, AHMM, Bryden Wood, Foster + Partners,  Grimshaw, Zaha Hadid... these people are the future of the AEC industry, using an emerging toolset to solve problems in ways the rest of the industry will be replicating over the next decade or more. 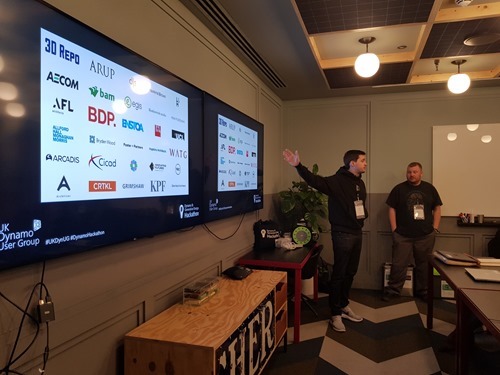 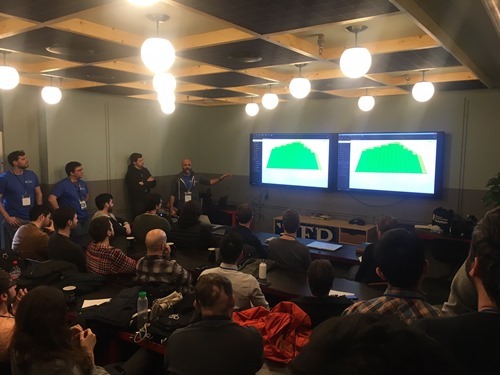 Luckily the information I needed to share didn’t require a great deal of preparation, as it turns out, so everything seemed to go well. But it’s an important lesson for me not to discount short presentations as being somehow less important.

I spent most of the day going from team to team, chatting about their use of Refinery. There were some really promising projects on their way – I’m looking forward to finding out how they turn out. 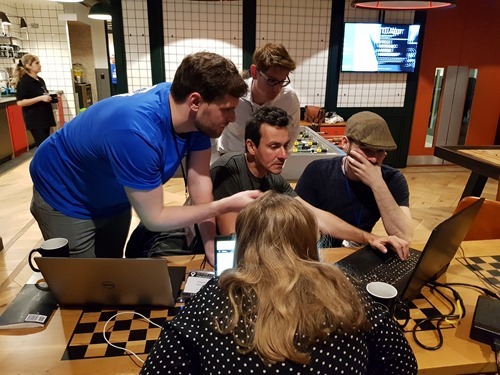 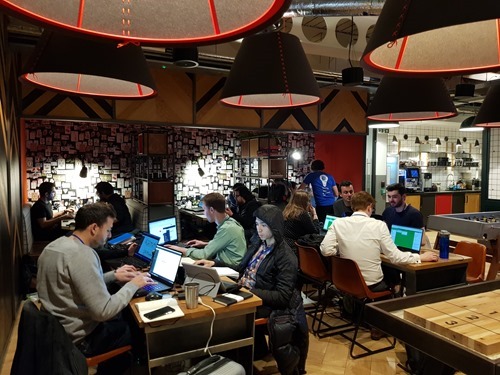 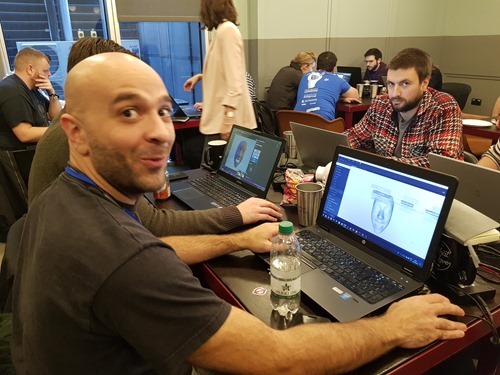 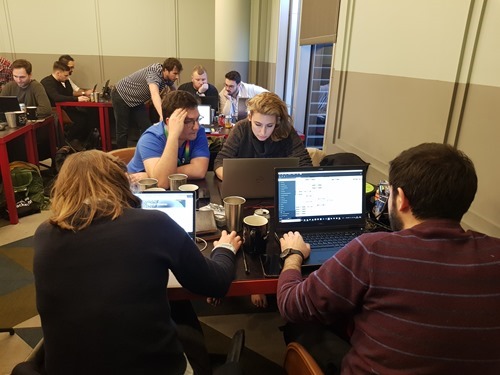 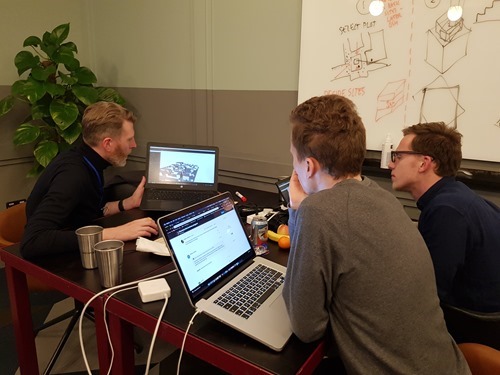 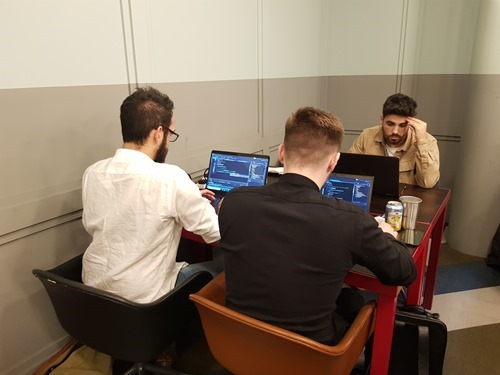 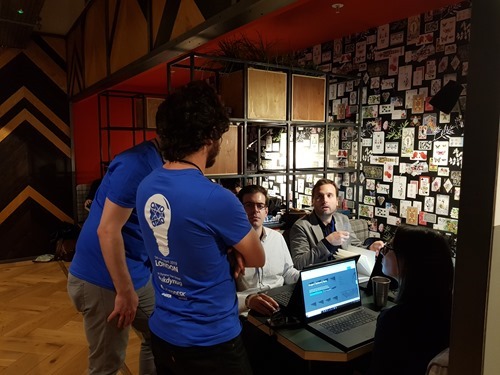 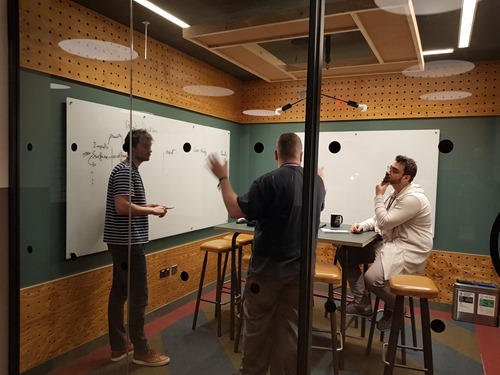 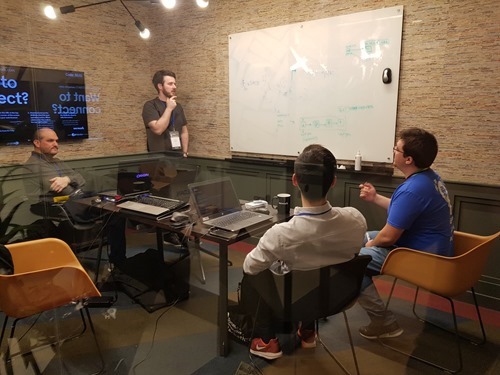 The venue was great… I can understand why people enjoy WeWork co-working spaces. And the biscuit assortment had a very British feel to it. 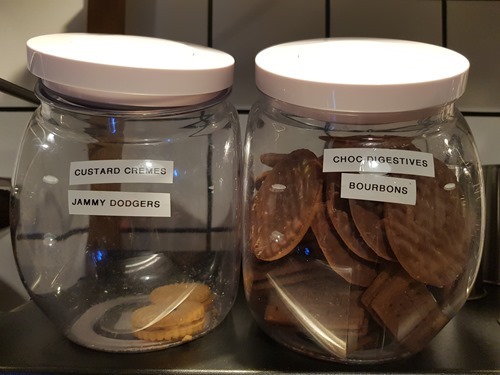 I was extremely happy to have the chance to catch up with Robert Aish and Luke Church, who both passed by the event. I worked heavily with Robert on the first prototype integration of DesignScript into AutoCAD, way back when (2007, maybe?), and after that to a lesser extent with both Robert and Luke as they further developed the DesignScript language. It was a real treat for me to get to see them both after such a long time. 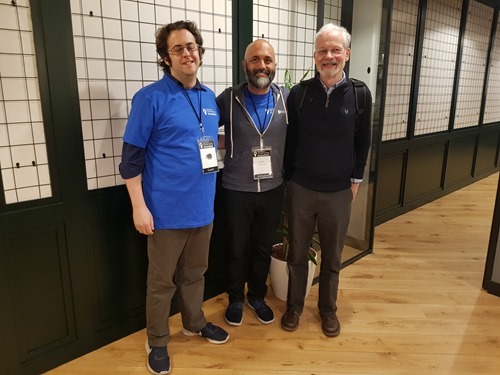 In fact it was a genuine privilege to engage with everyone at this event. Everyone were super-smart and highly motivated… it made me a little sad to think I’d be leaving the event early (I was flying home on Friday night, while the event continued until Saturday afternoon). But given the three presentations in three countries on three consecutive days – with quite different subject material – I really don’t think I had another day in me. 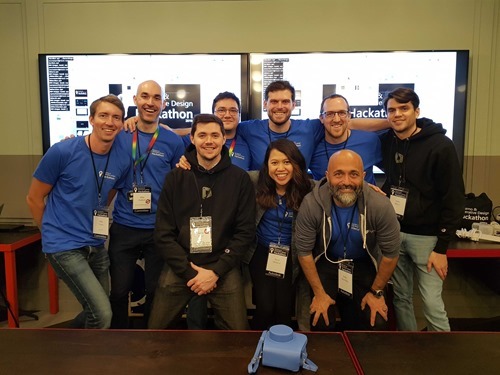 The good news is that more of these events in the pipeline… I’ll post more information as the details get nailed down.

London is really a hotbed for activity in this space, but I have to believe that other cities can follow suit and launch their own such Hackathons. The value to be derived is significant… if you’re interested in engaging with your local Computational & Generative Design communities and hosting an event of your own, do reach out. I can connect you with the Dynamo & Refinery teams, for instance, and probably also with the UK Dynamo User Group, who are likely to be very happy to share notes on what worked and what didn’t.

Which brings me to my last point: a huge thank you and “hats off” to the organizing committee of this Hackathon: Radu, Mike, Mike, Aaron & Martin from the UK Dynamo User Group and to Racel & Sol from the Dynamo team. (And to Keith and Nono, who also put a lot of energy into supporting the event.) It can’t have been easy to select only 40 or so from the 100+ applications that were received… for sure the calibre was extremely high, but I have to believe a lot of really interesting candidate participants didn’t make the cut. Hopefully it’ll be possible to scale the next one up and have more people join. In any case, well done to all those involved!