A new version of Project Refinery is now available for your generative pleasure via the Autodesk Feedback community. It’s a pretty big release – being the first since the launch of the public beta at AU 2018 – and has some very interesting features. 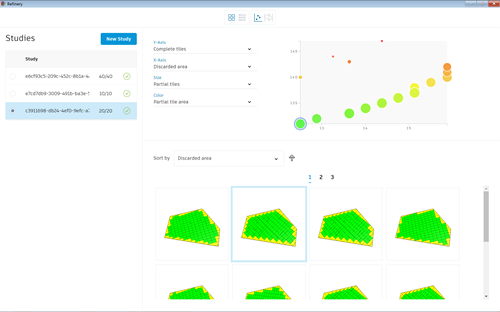 I’m happy to see the 3D geometry now being compressed to take up much less space on your hard-drive, as well as the general speed improvements and better initial geometry views.

It’s convenient having an installer, but this currently looks for Dynamo 2.0.2 (early versions of Refinery needed a daily build of Dynamo 2.1, which I still had installed, so it did make me move to the latest stable 2.0.2 release). Not a big deal, though: just go ahead and get 2.0.2, if you haven’t already.

Pause and resume is convenient for long-running tasks, especially if you want to claim back system resources for something time-sensitive (although Refinery seems better at leaving CPU on the table when compared with prior versions I’ve used). 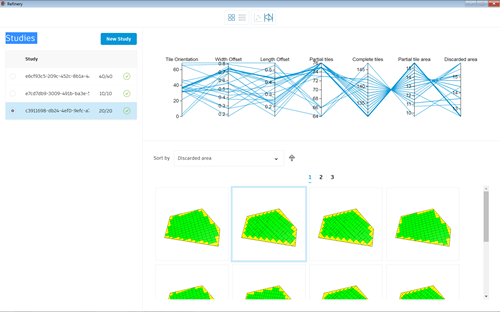 At which point you can window- (or rather crossing-) select across an area of one of the coordinate axes and it will filter to that subset. 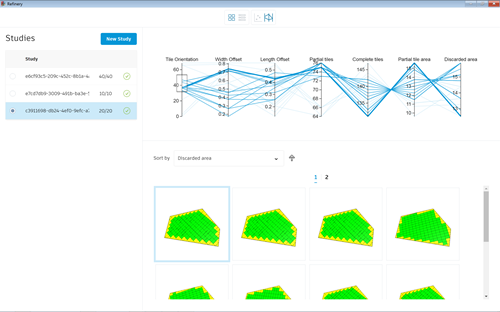 Which you can repeat for other axes, of course: 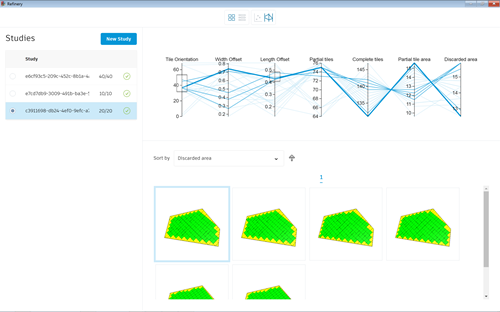 A handy way to reduce the number of solutions you’re working with.

I found the Refinery server now binds to localhost by default: this shouldn’t make any difference whatsoever for normal use – in fact it removes an irritating Windows Firewall dialog – but it is an issue for my VR-related work, where we need to access the server from other clients. It seems it’s possible to launch the server manually with the –host option set to 0.0.0.0: this at least works for connecting to the service, which is the main battle.

I also found I lost the geometry from previous runs when the server was upgraded. This isn’t a huge issue, but it may force you to re-run studies (especially if you’re performing demos with the new version, as I am later this week).

It’s great to see Project Refinery being moved forward: these are mostly very welcome upgrades to the experience, and I expect things to improve further over the coming months.

I’m planning on posting a set of steps to get started with Refinery in the next few days: I did talk about this in one of my AU 2018 classes, but I do think it’s worth spelling out in another post.