I couldn’t visit Dublin without popping by Autodesk’s new office there. So it was that after a great few days with the Kingspan team, I hopped on the Luas green line from Leopardstown and headed into the centre of Dublin. 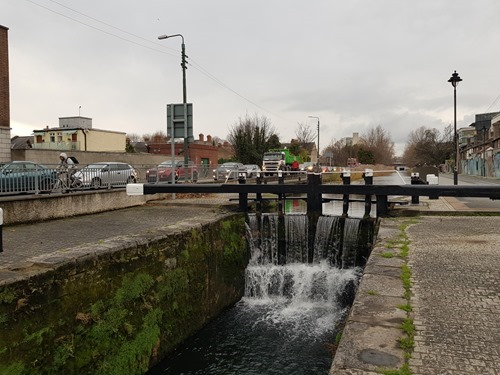 I got off on the edge of the central zone at Charlemont and headed along the canal to the location Google Maps told me to target. 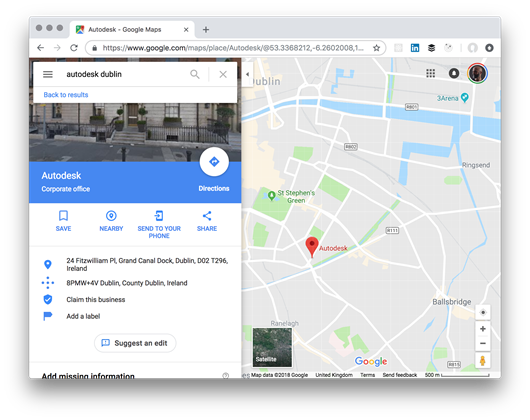 Unfortunately, on arriving at Fitzwilliam Place, I came to realise there was a problem with the instructions I’d been getting from Google. It didn’t really fit with the image in my head of our new European corporate headquarters. 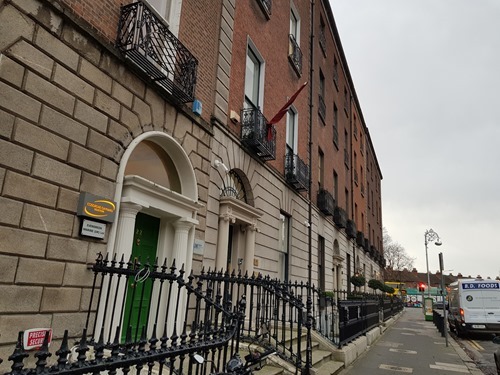 So I went and dug a bit deeper for the office address on our internal network, and realised that the information Google had was a little stale. Still, I felt like a 20-minute walk – and still had time to do it and make it to the airport on time – so headed north across Dublin. 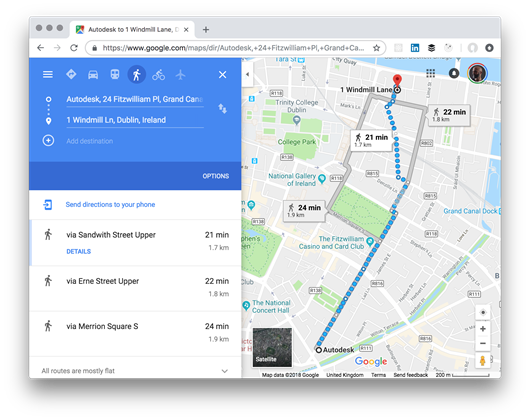 It’s actually understandable the online information isn’t accurate: we had apparently only moved into the new space about 3 weeks before. 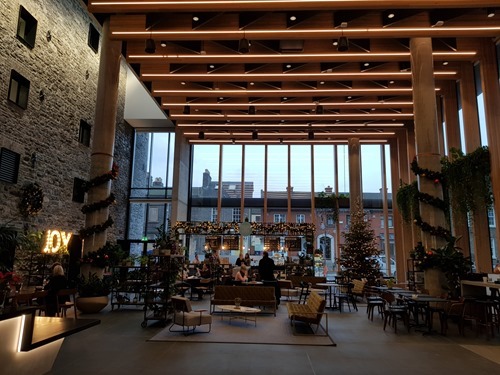 And our reception from the outside: 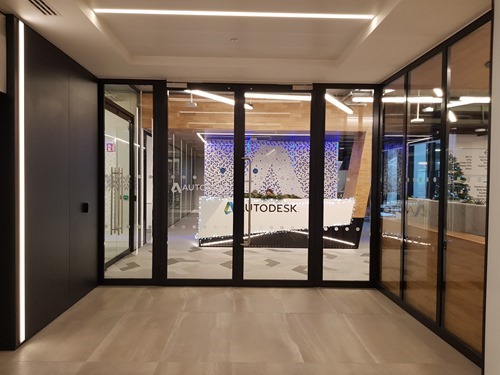 I managed to bump into 3 former Autodesk Neuchatel colleagues within a few minutes of arriving: Sharon, Jay and Martin (who’s heading up the new office). Martin kindly gave me a tour.

There’s a nice Christmassy feel to the place, at the moment. 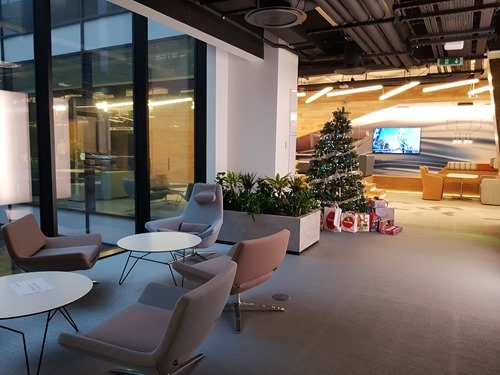 So far we have 140 people working from the office: from what I recall the aim is to have 2-3 times that number, but it’s nonetheless impressive to see that kind of ramp-up. 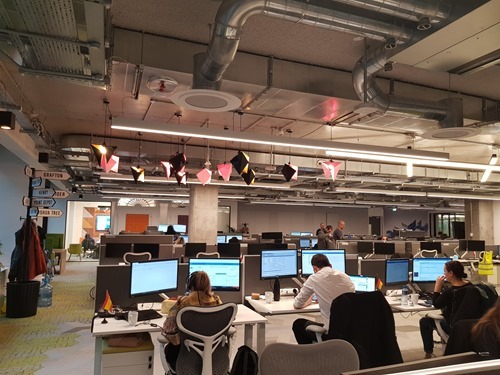 I liked the signposts pointing to the various conference rooms named after Dublin icons and landmarks. 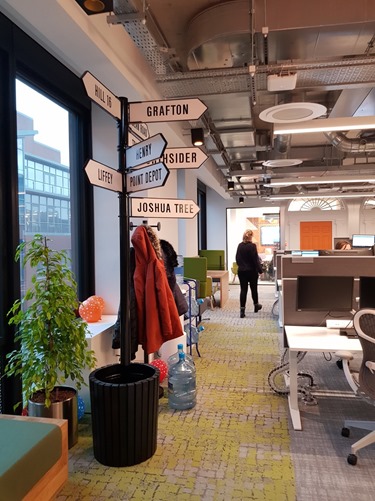 It’s a very nice feature and something I’d benefit from in most offices I visit. 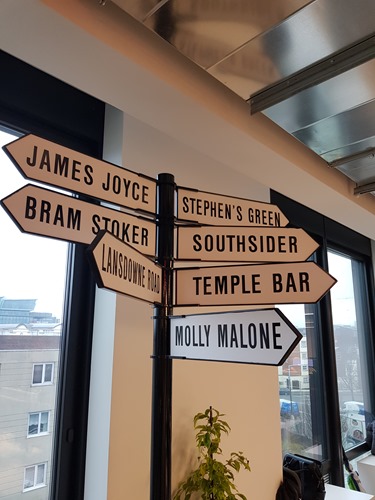 Another nice touch is the use of Dublin’s world-famous Georgian doors on said conference rooms. 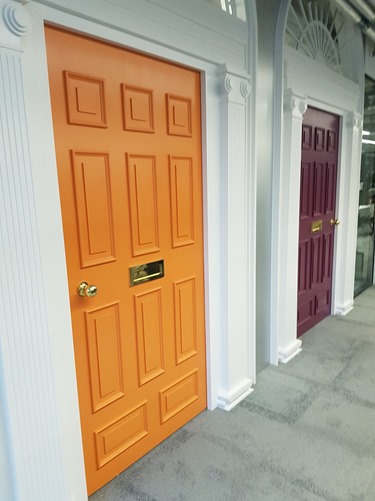 There are views inwards: 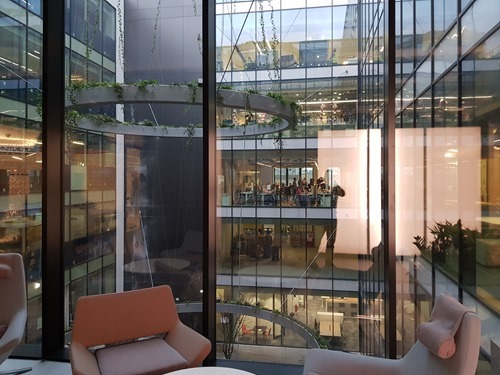 And outwards across to the rest of Silicon Docks: 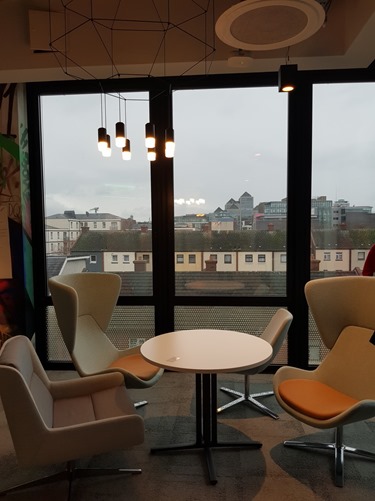 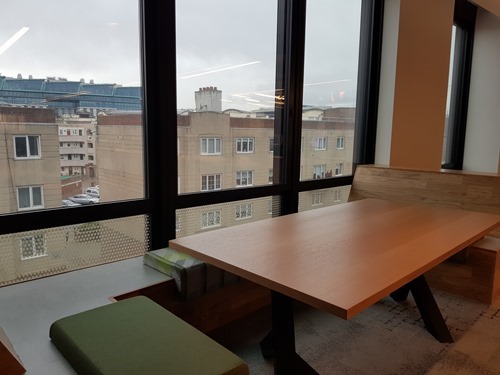 Martin showed me the office Pub, which was due to be inaugurated last Friday. 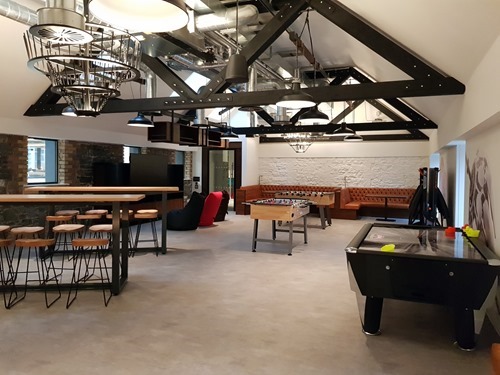 I imagine they gave the Guinness tap a thorough testing – I would have liked to have been there! 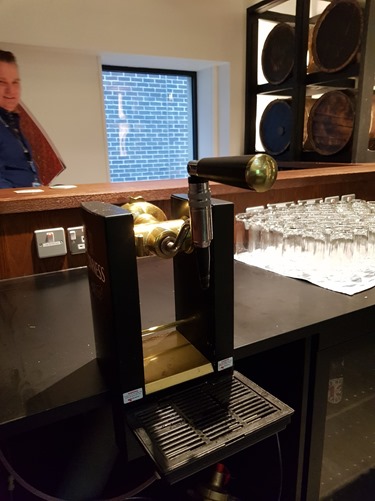 There were still a few decorative touches due, apparently: this will hold some (Irish) whiskey bottles, for instance. 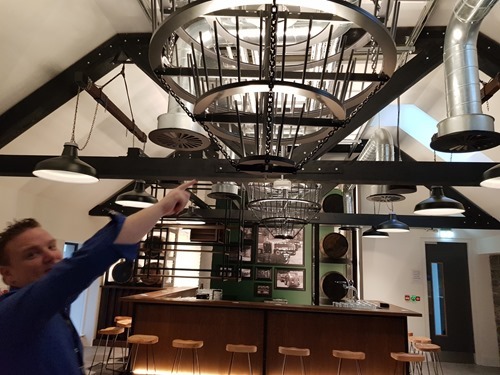 While not on the scale of Microsoft’s Dublin office, Autodesk’s new space in the city centre is fantastic. Congratulations to those involved in making it happen (and to those lucky enough to be working there). Seeing this new space is certainly bittersweet for me – having lived through the closure of our former European HQ in Neuchatel, this year – but it’s important to look forwards rather than backwards.

And I’m definitely looking forward to coming back across, next year – at the latest in June for our annual football tournament, I expect – and discovering more of both Dublin and Ireland. In the meantime, Nollaig Shona Daoibh!