A visit to Kingspan in Dublin

This week I had the chance to make a long-overdue first visit to Ireland. I flew across to Dublin for meetings with Kingspan, a large building products manufacturer.

Brian Glancy, Kingspan’s Head of BIM Strategy, had organised a session for the people working with BIM in the various Kingspan companies around the world. It was the first time most of the attendees had met one another, and the discussions were extremely interesting: most of the people there work with wildly different toolsets – most containing Autodesk tools, at some level, but many relying heavily on competitive products.

The event was held at Microsoft’s amazing new €134 million office in the south of the city. 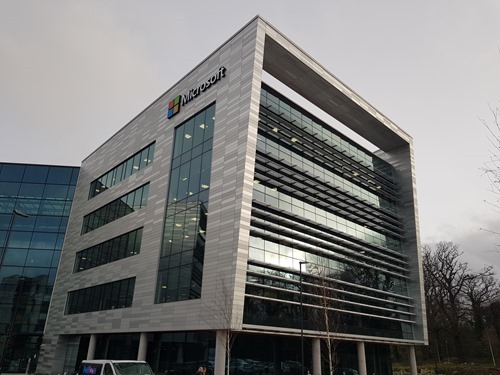 Here’s a shot of this impressive building at night. 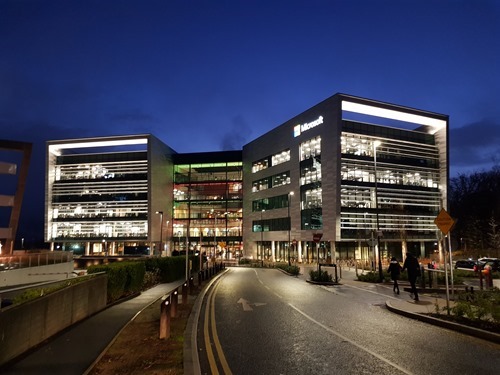 The inside is even more impressive than the outside. What an amazing place to work! 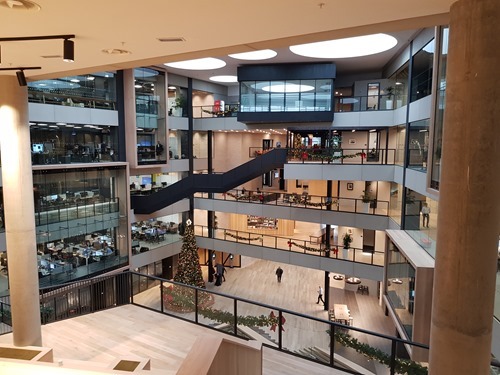 The central staircase with an LED floor beneath is really cool. 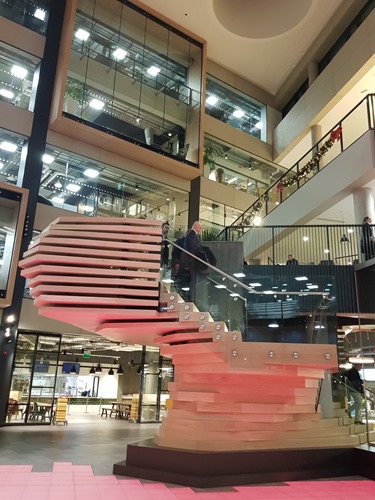 Most of the 2-day event was held at the Microsoft Technology Centre (MTC). The Microsoft team – particular John McCormack, Kingspan’s host – really went above and beyond to make us feel welcome. 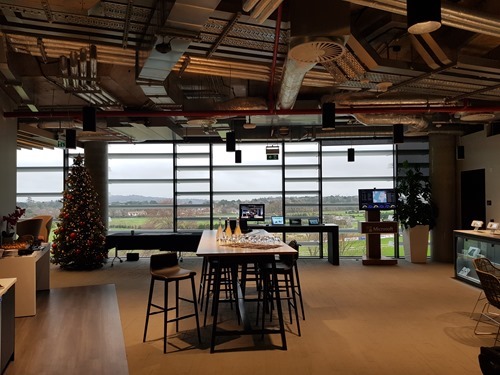 The environment was surprisingly cosy, especially with Christmas decorations everywhere. 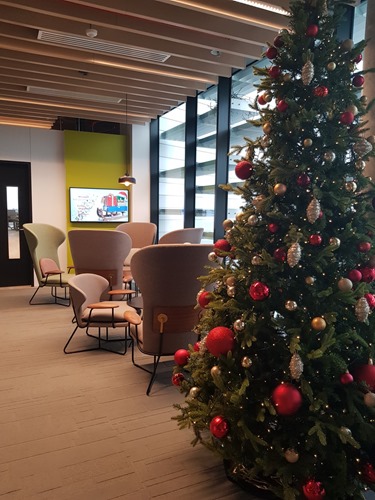 The catering was outstanding, and there were a few cute seasonal touches throughout the office, too. Microsoft’s Azure IoT Suite was on display, which was interesting to see. 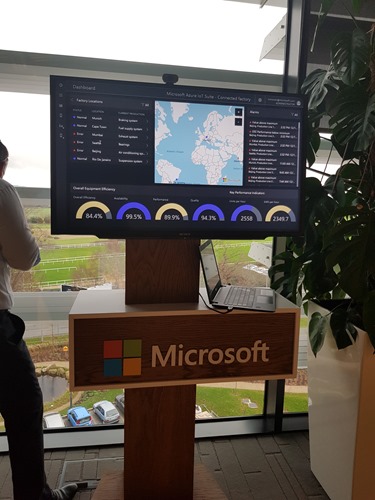 For the presentations… there were many from people from Kingspan – of course – but I’ll focus mainly on the Autodesk sessions (as much as anything to avoid sharing information that should remain internal to Kingspan).

On the first day James Newman introduced the company and handed over to Marie Oliveira, who talked about our longer-term construction strategy. 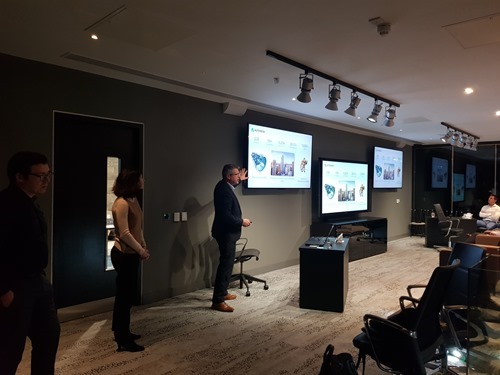 On the second day Daniel Wood talked about our AEC product offering. We were in a smaller room for the Wednesday sessions, as there was a prior booking for the MTC. 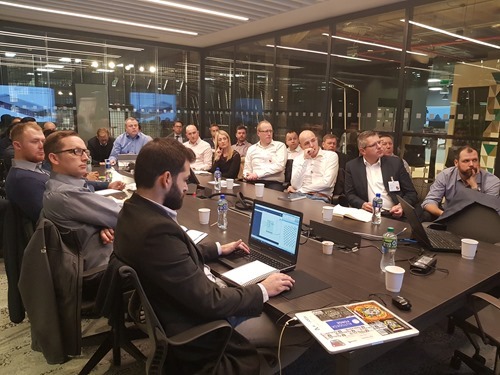 I presented a session talking about both Digital Twins and Generative Design. 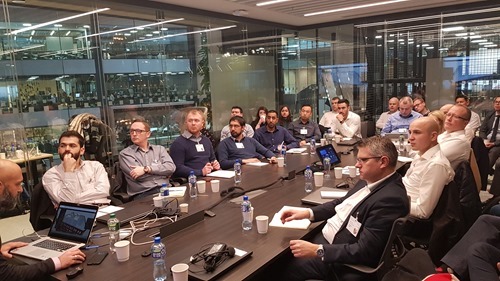 Mike Stenson, Kingspan’s Head of Innovation, talked about a new showcase building Kingspan has under construction. 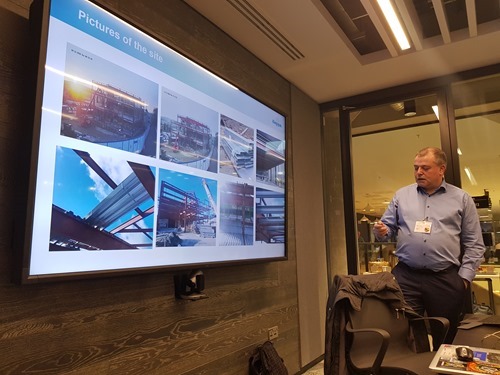 Anas Ayoub, who was visiting from Kingspan in Dubai on his first trip to Europe, talked about some amazing work they’ve been doing with Revit and Dynamo. 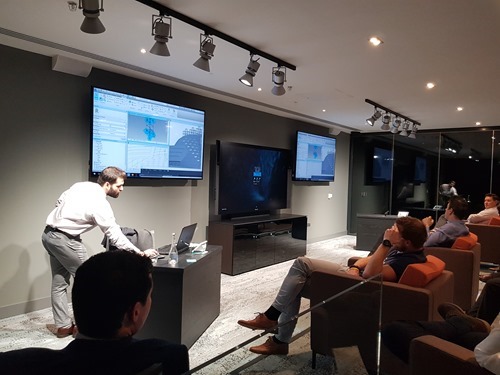 As it was the first time both Anas and I had visited Ireland, Brian – who grew up in Dublin – very kindly took the time to show us the city.

Brian explained that real Irish pubs are often cramped, don’t have televisions playing sport and don’t serve food (beyond packets of crisps). They’re places for people to drink and interact.

To prove this with an extreme example, we started the evening at The Dawson Lounge. “Probably the smallest pub in the world.” 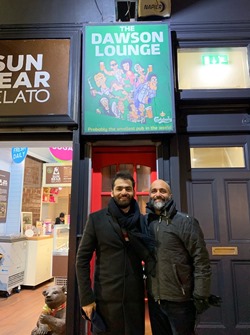 Inside we found a little space (it was really small) to wait for our pints to settle. We’d had some Guinness the night before, but it was hotel Guinness, and wasn’t significantly different from what I’ve had before elsewhere in the world.

This was different. It definitely had a taste and consistency that was very different from what I’ve been used to drinking. 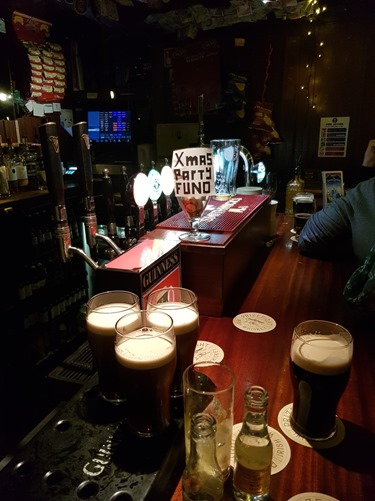 After a quick pint in the Dawson, we headed across towards Grogans. The streets of Dublin are lovely on the lead-up to Christmas. 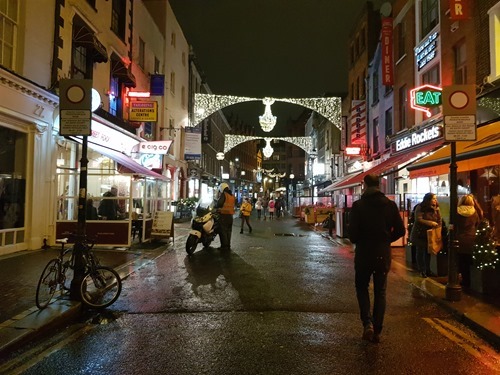 We went past the Pygmalion Pub and Restaurant, which apparently serves “Pygtails” rather than cocktails (haha). 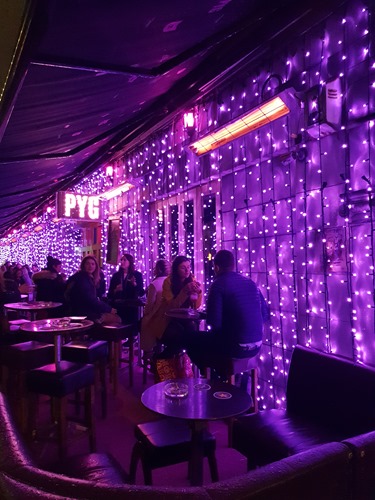 Arriving at Grogans, we asked to share a table near the door, and were welcomed very warmly by Liam and Gerry. Both are artists: Liam paints with oils and draws, while Gerry plays the guitar and mandolin (etc.). We only met them briefly – we had a dinner reservation we had to head to – but we could easily have stayed and talked for hours. Their genuine openness and friendly curiosity was really, really touching. Brian assures me that the kind of fleeting interaction was far from being a special event: if anything it’s the norm in this amazing country. 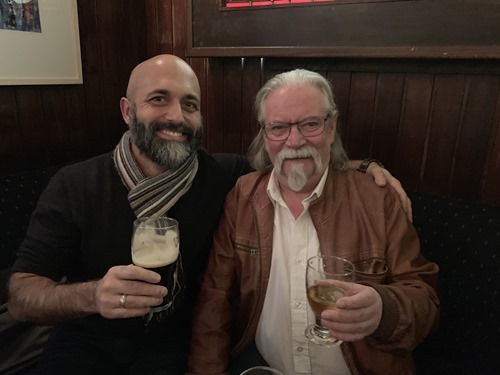 From here we headed to Brasserie Sixty6 for a very nice dinner where we were joined by Anand from Invicara. Afterwards we still had time (and space) for a few more, and so stopped by in The Long Hall, another Dublin institution. Brian took the time to educate us about what to look for in a pint of Guinness.

You can check the consistency of the head by tilting the glass, for instance. 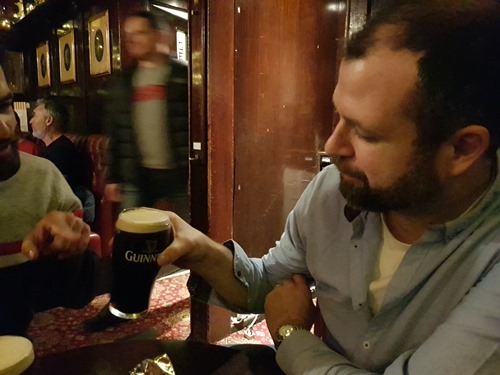 Warning: if you do think elsewhere in the world you’ll probably end up with wet feet. 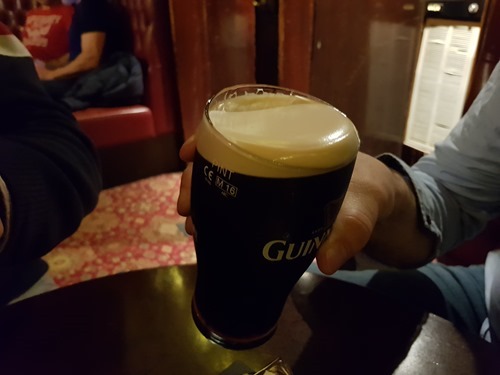 The quality of the beer in the centre of Dublin was definitely something else. Which should be evident from our happiness levels. 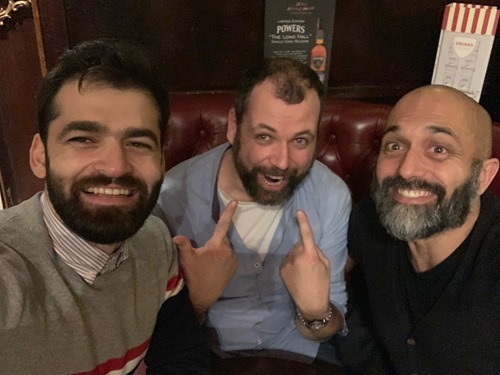 We stopped off at Bourke’s for one more, and tried to get another at The Bleeding Horse, but by that point it was too late to get served. So we headed back to the hotel for a nightcap. Here’s my last shot of the day. Interesting that the beer stayed in focus while most other things are blurry. It’s probably a pretty good analogue for how my own visual system was working, by that point of the evening. And what an evening! I don’t think I could do it every week, but I enjoyed every single minute of it.

The following day I headed into town to visit Autodesk’s new Dublin office, which I’ll tell you about on Monday. 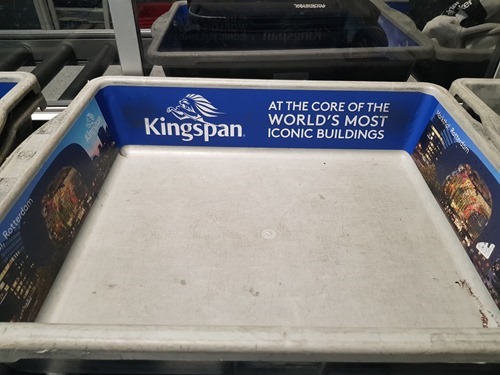 Many, many thanks to Brian and his fellow BIM practioners at Kingspan for a memorable few days. I can’t wait to come back.

(Also thanks to Daniel Wood and Anas Ayoub for sharing photos for this post.)