It’s been a strange few days. It’s the very last week anyone will be working from Autodesk’s Neuchatel office. This really hit home when the Autodesk name and logo were removed from the building, last Friday. 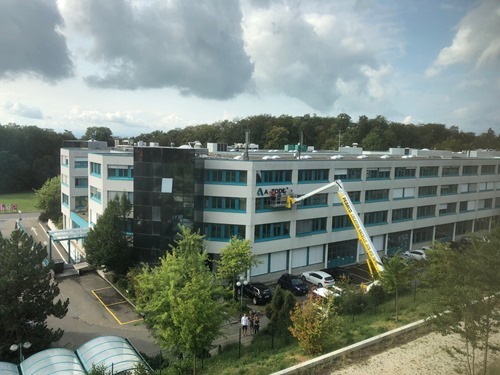 I salvaged an A (the were signs on the front and back of the building, so this wasn’t the only one) for my daughter’s bedroom. It’ll be some kind of reminder of the wonderful years we’ve all spent here. 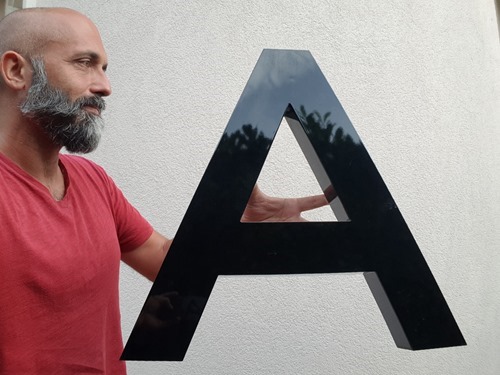 The staff departures have been staggered, over the last 6 months or so: there have been leaving aperos for people on a monthly basis from the end of February, with the majority of employees leaving at the end of May, June and July. The remaining skeleton staff – apart from a few valiant Facilities and HR personnel, who have a month or so to go – will be leaving at the end of the week.

We’ll celebrate on Friday with one last game of football together – something that has really helped people from various departments get to know one another, after the creation of a women’s team about a year ago – followed by a barbecue. That should be fun.

Most people I’ve talked to are now just looking forward to being able to turn the page and start the next chapter, at this stage, whatever that might be. It’s been easier not having to see everyone leave in one go, but in some ways it’s also been more painful. People just want to move on, now (me included, if I’m honest, although I’m know I’m really going to miss everyone). It’s strange talking about this, given the fact I’m not leaving the company, but it is something that’s affecting the people who are staying, too. Just differently.

So it’s an emotional time… one saving grace has been the fact I’ve had plenty of interesting projects to work on. Some of my current activities relate to the usual annual build-up before Autodesk University – this always kicks in as the summer winds down – but there’s a particularly cool project that’s independent of that.

Some Autodesk Research colleagues in Toronto have been working on the ability to extract accurate 3D positional information for people captured on CCTV footage. We’re planning to use this technique to gather usage data about smart infrastructure: initially the bridge in Pier 9, but eventually the MX3D bridge in Amsterdam.

My contribution to this was seeing whether I could find a way to display skeleton information in the Forge viewer (specifically Dasher 360, of course). I’ve just managed to get this working… here’s a sneak peek:

Over the coming few posts I’ll talk about how it’s possible to add additional geometry to the Forge viewer, with a specific focus on how to represent and display skeletal data.