Over the coming weeks I’ll be sharing a number of guest posts by Autodesk colleagues working on a project that I think will be of interest to many of this blog’s readers. The first post is by Alec Shuldiner, who is introducing the project.

At Autodesk, we have a bridge. Recently, we gave that bridge a nervous system: sensors, wires to carry the signal, a small amount of local computing power to pre-sort the data, and, far away, in a virtual head, a brain to make sense of it all. It’s a neat thing, and in a subsequent post one of my colleagues will explain how we’ve done it. First, though, a few words about why. 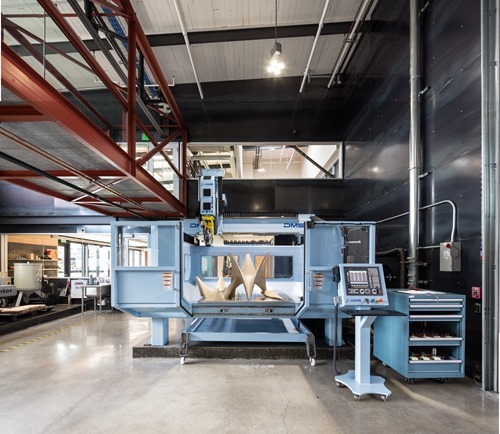 Why make a dumb thing smart? One excellent reason is to make it better at being what it is. How does a smart bridge serve its function better than a dumb one? Bridges exist to get people or their stuff across a gap, and most bridges in the world, I’d guess, do just that. But gaps are interesting places, and some bridges serve a second function as a place from which to view the gap being crossed. I often cross the Golden Gate Bridge on my way to Autodesk’s offices in San Francisco and each time I pass along the way hundreds of people stopped, gazing out at the Pacific, the city, or Alcatraz.

The operators of the Golden Gate Bridge have long recognized these two use cases and would be the first to tell you they are apt to interfere with one another. There are separate lanes for cars, for bikes, and for pedestrians, but all of those lanes encounter congestion and sometimes collision because these use cases—crossing vs. standing still—are, by nature, conflicting. The Golden Gate Bridge is one of the greatest bridges ever built—a technological marvel, a massive traffic artery, a thing of beauty—but it would be an even better bridge if it were smart enough to help its two user groups avoid one another gracefully. 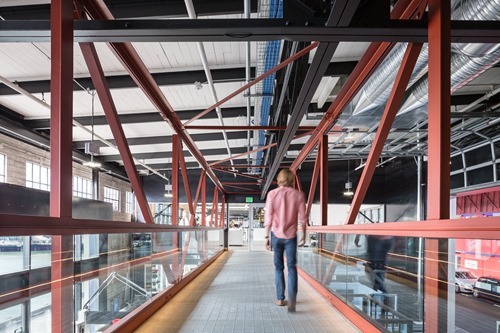 Our bridge is likewise red, but homely and barely 17 meters long. It doesn’t transport hundreds of thousands of people each day (though we don’t know how many people it does carry each day—counting things is another good use of a nervous system), but it has the same problem the Golden Gate Bridge does: some people want to cross it, some people want to stand on it and look down at the floor full of CNC machines beneath it, and the two groups routinely get in each others’ way. A dumb bridge can’t help with this problem, but a smart one might be able to.

At Autodesk, we have a bridge with a problem. Recently we gave that bridge a nervous system and now we’re working to give it real smarts, smarts enough that it can help us with that problem. How can we help you get your things to help themselves?

This is a really interesting project, so I’m thrilled Alec and others will be sharing information about it here. The next post in the series will be written by my teammate Alex Tessier, who’s going to tell us a bit more about how the bridge was instrumented. On a very-much-related note, we’re currently adding a number of features to Dasher 360 specifically for the Pier 9 bridge project. One particularly fun one is video support, so we’ll be able to stream video captured via CCTV alongside sensor data. Watch this space!