« A brief history of rearchitecting AutoCAD (or the importance of R13) | Main | A new way to visit this blog: keanw.com »

After recent posts about digitizing tablet overlays and a trip down memory lane on AutoCAD rearchitectures, today’s giveaway follows this retro theme. Francesco Tonioni discovered a box of digitizing tablet pucks hidden away in a cupboard. I have no idea whether there is anything useful in having these without a tablet itself (presumably the tablet itself is fairly passive, but I’m not clear on exactly how they work) but I’d be more than happy to send any or all to someone who wants them. Drop me an email if they interest you! 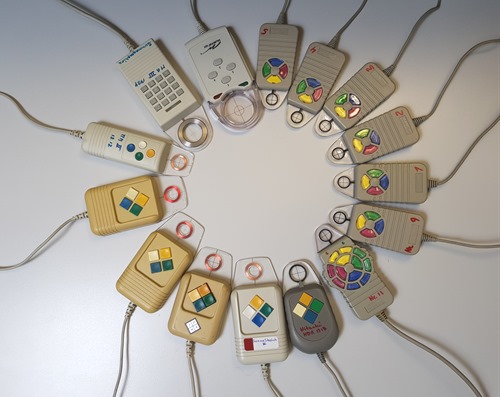 If you’re interested in knowing which connector is on what puck, for instance, do let me know: a variety of connectors have been used by the different manufacturers, over the years. As I’m not familiar with all the models, it would help if you could circle the pucks you’re interested in on a copy of the above image when you email me.

Somewhat surprisingly – to me, at least – these are going like hot cakes! Four have headed off to New Zealand, where Stephen Bindon will actually use them. Here’s a snap of Stephen’s CAD setup, which includes a Summagraphics tablet, a Nostromo game pad and a 3dconnexion CAD Mouse. It turns out the Summagraphics pucks’ buttons stick, from time to time, and having spares will save on some expensive repair bills. Very cool! 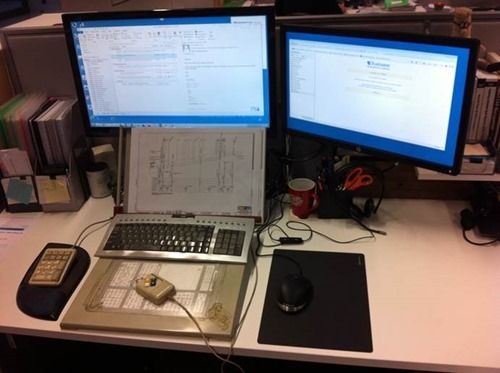 One more puck has gone to Josh Crawford in Denver, Colorado. It was the puck Josh used back when he started out in the CAD industry, so that’s also really cool.

And the other four have accompanied the digitizer overlays that have headed off to Texas and the Ukraine.

The below picture shows the ones that have gone (with red crosses) and those that are left: 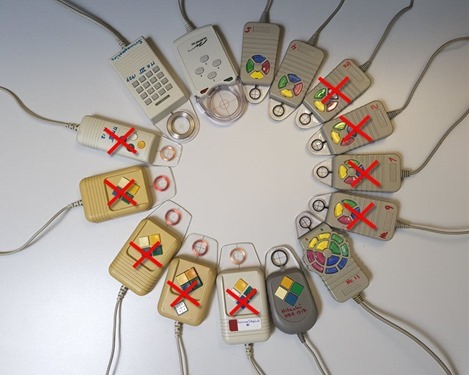 Any takers for any of the remaining six? Let me know!