« Winding down for the festive season | Main | Arrived in Toronto »

Reflections on what’s coming in 2023

Today is my first day back after a much-needed 3-week break. For most of that period we were up in the mountains, and split our time between snowboarding and snowshoeing with the puppy. 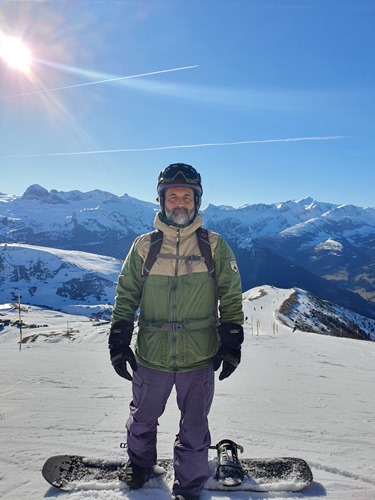 We had some unseasonably mild weather in the Alps, over the break, but we did still manage to make the most of what snow there was. 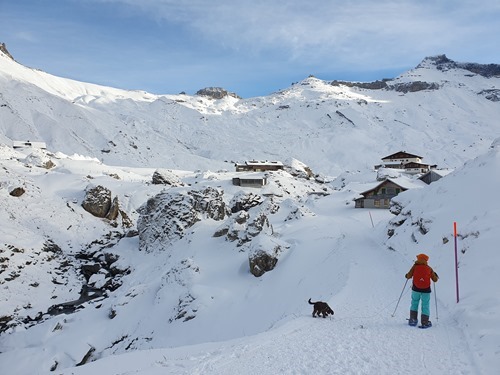 During the course of the break, I spent some time thinking back on 2022 and looking ahead to 2023.

For me, 2022 has brought a significant amount of change and uncertainty, between changes in role, escalating climate issues or the war in Ukraine and its resultant energy crisis and impact on financial markets. As my friend Jacqueline did say (and I’m paraphrasing), at least there’s been Wordle.

Toward the tail end of 2022, it became increasingly clear that this coming year is going to be marked by AI and ML hitting an important inflection point: the speed at which the technology has gone from “that’s a nice toy” to “oh wow, this is going to change things” is verging on the scary/ridiculous.

Like most other outsiders interested in the space (and I am definitely an outsider when compared to my colleagues in Autodesk Research’s AI Lab), I started earlier in the year by playing with text-based image generation tools such as Midjourney, DALL·E and Stable Diffusion. I was impressed but not overwhelmed. (I will say that others have created amazing results with these tools, though, which raises the point that knowing how to ask is going to be an important skill, in the future, and is likely to give rise to roles such as Prompt Engineer for various domains.)

(On a side note, here’s a quick shout-out to our friends at EvolveLab, who have developed a cool Revit add-in called Veras that can push your 3D model as the substrate for generative AI renderings. It looks really neat. Elsewhere I’ve seen some fun being had with using scientific paper titles as input prompts for Midjourney. Fun stuff!)

I really became fascinated, though, when looking at the results of large language models such as Galactica – the no-longer-available system created by Meta that allowed easy creation of (pseudo-)scientific papers but also happened to be a handy research tool – and the jaw-dropping ChatGPT – a chat-style interface to OpenAI’s GPT-3.5 model trained by large amounts of online data. Galactica was taken down after only three days due to concerns about correctness – and presumably about it encouraging plagiarism – but ChatGPT’s generality seems to have saved it from a similar fate, for now.

In many ways ChatGPT is seriously impressive. I’ve used it for fun – creating plot outlines for potential novels or screenplays, limericks and sonnets about silly topics – but also for more serious efforts, such as creating and analysing code snippets. Some of the AutoCAD-centric ones were probably pulled from this blog, but that’s another issue we’ll talk about in a bit.

As a grounder, this quick read from The Guardian talks about what’s behind ChatGPT and its potential uses and likelihood of disruption. While ChatGPT often creates articulate and convincing results, you do have to be careful about using it as a source of truth. It generates words based on statistical likelihood rather than truly being a source of knowledge. This can be great for solving certain problems, but is highly problematic for others: you need to see it for what it is, a system optimised for plausibility rather than factuality.

I’ve been tracking the buzz on social media about the system – it’s been fascinating to see the varying usages and the backlash, too. Someone raised the question of what happens when the internet gets flooded with AI-generated pseudo-knowledge, and the AI is then trained on that… where do we end up as things converge?

Someone found they got better results by using an ChatGPT to help with mental health support than with humans – until people realised they were conversing with an AI, at which point things went south. The backlash against this research in the thread is very telling.

I have very real concerns about how ChatGPT will be used to create misinformation. It can weave together utter nonsense into something that sounds very plausible but doesn’t make sense, so I have no doubt it’s already churning out conspiracy theories in the darker areas of the internet. On the other hand it looks like it can help solve real problems for Hollywood, so <shrug>.

As for working with code, I found this thread to be interesting. it lists 11 ways in which ChatGPT can be used to help with software development (it’s been combined into a blog post, too):

It’s clear that AI-driven tools such as ChatGPT can be a huge time-saver for experienced developers, and can help newbie coders start new projects, too. Some people have already proclaimed that the role of programming as we know it is doomed to become obsolete. I’ve also seen others talk about how ChatGPT will “kill industries” (although I have to take threads with statements such as this one with a pinch of salt).

As a core backer of OpenAI – who are behind both DALL·E and ChatGPT – Microsoft has said they are looking to integrate both into Bing, which could be their first real competitive threat to Google’s dominance in search. And – hot off the press – Microsoft is apparently doubling (or 10X-ing?) down on their $1 billion funding of OpenAI to invest a further $10 billion. Interesting times.

If this is going to be exposed to a wider audience – who will want to use it as a source of facts – work is clearly needed to improve the quality of its results. The implementers have added various guardrails, but you very quickly see their limits when you interact with the system.

Work is also going to be needed to make sure the provenance of information – whether due to copyright concerns, such as those raised around GitHub Copilot ignoring open source license information – or just to understand the credibility of the source(s). Similar discussions are being had around AI-generated art, for instance, and efforts are being made to identify AI-generated content via text analysis or watermarking.

As a final note, here’s what ChatGPT came up with when I asked it to write a blog post about how it – and other generative AI technologies – are likely to disrupt M&E, AEC and software development.

Generative AI, like ChatGPT, is rapidly disrupting a variety of industries, including Media & Entertainment, Architecture, Engineering, Construction, and Software Development. In this blog post, we’ll take a closer look at how ChatGPT and other generative AI technologies are disrupting these industries and the potential impacts they could have in the future.

Overall, ChatGPT and other generative AI technologies are disrupting the Media & Entertainment, Architecture, Engineering, Construction, and Software Development industries by providing faster and more accurate content creation and design, as well as automating various tasks in the development and construction processes. As these technologies continue to evolve, they will likely have even more significant impacts on these industries in the future.

It’s far from being factual, as you can tell, but there are a few valuable nuggets in there. I’m personally more likely to start using ChatGPT to help with coding tasks than with blog content generation, but you can see the potential. And that’s even before GPT-4 comes online during the first half of the year, bringing with it a significant improvement in quality and fluency based on its apparent much greater power than GPT-3. It remains to be seen whether this will somehow deliver higher truthiness – is there a magical threshold in the number of parameters beyond which language models just start to work for most scenarios? Stephen Wolfram thinks not (thanks for the link, Hans K!), and I’d trust him above most people on this topic – but either way I’m excited to see how things play out.