My first trip of 2023 has taken me back to Canada, to the fine city of Toronto. We have a team meeting there for our area of research which I’m really looking forward to: we’ve had several months of preparatory work – performed asynchronously – so it’s almost certainly overdue that we all get together. In any case it’s a timely way to kick off the year.

I cut short a ski weekend (one of many, living in Switzerland – no-one should feel bad for me) to hop on a bus and take a few connecting trains to get to Zurich airport for an early afternoon flight to Toronto. 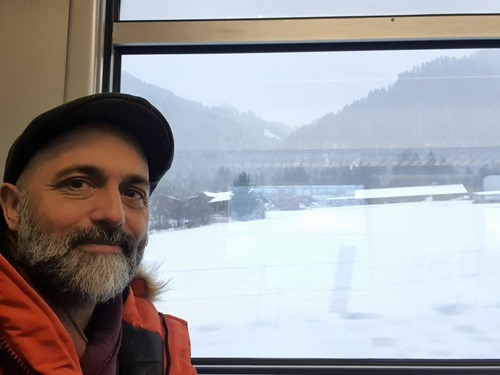 It being my first flight since the dog ate my headphones and I bought some new-fangled Bluetoothy ones, I realised I’d need some way to connect into the entertainment system. The optimal way appears to be to get a Bluetooth transmitter dongle that plugs into the 3.5 mm stereo jack socket. I found that Interdiscount – a popular electronics chain here – had a few different models, so decided to just roll the dice and pick one up from the Interdiscount at Zurich airport.

I spent quite some time scouring the shop for one of these dongles, but when I asked the manager they apologised saying that while they didn’t stock them they’re available online. I did make the point that this would be an ideal item for an electronics shop at an airport to carry, but my feedback seemed to fall on deaf ears. I ended up having to settle for using the free airline wired earbuds under my new noise-cancelling headphones. Not the most comfortable setup, but so it goes. 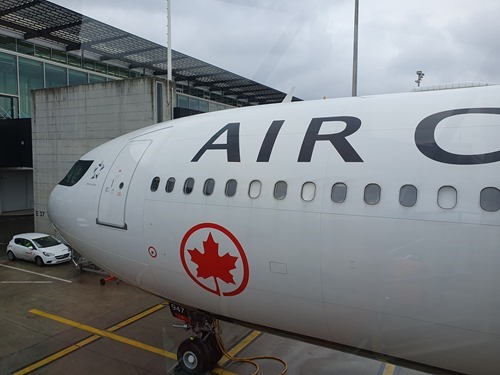 It was a direct Air Canada flight, which was nice. When checking in I’d been offered the choice between an aisle seat in the centre section – four seats across – or a window seat with just one person next to me. I very rarely take window seats, so thought “why not?”. I even asked my family what they thought – everyone agreed the window seat made sense for this trip.

Arriving at my seat – boarding group 3, for once! – I saw that my neighbour was a youngster. His family was across the aisle, so he’d clearly wanted to assert his independence and be across from them. Fine.

Before taking off the plane needing some de-icing, but luckily this didn’t take too long (yay for Swiss efficiency). 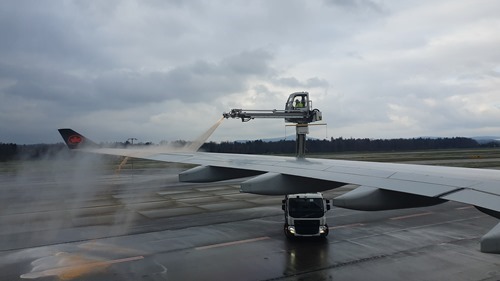 We took off. The young man next to me (who it turned out was just 12 years old) was very keen to look out the window. It was actually very sweet, to begin with: I suspect it was his first long-haul flight. I wanted it shut to be able to watch a few scraps of entertainment – we’re looping North-West across the Atlantic, so the sun was basically shining fully into the cabin from the left side of the plane – but my young friend really wanted to look out the window every 5-10 minutes.

I would have swapped seats with him, but he clearly wanted to be next to his family, so he ended up just leaning across and opening the window whenever he wanted to look out. Which was a lot. And especially ironic given the fact the majority of the flight was over sea and and we had a cloud layer between us and the planet, so there really was nothing new to see.

He was also really full of beans – aside from constant wriggling, his elbow strayed regularly across the armrest to meet my ribs, a major personal space violation when you’re in a window seat – and at one point he even managed to spray my right thigh with Coke. Luckily have some spare jeans with me for the week.
His family (parents and older sister) looked across apologetically from time-to-time, but none of them suggested swapping with him. I guess his need for independence (quite possibly coupled with their desire to be free of him for 9 hours) weighed more heavily than the comfort of some random stranger. Whatever.

Eventually he passed out face down on his tray table, which means I was stuck in my seat for the remainder of the flight, but at least his elbows were tucked in so I could use the armrest.

Something fun: on this flight’s entertainment system you can invite people to watch along with you, something I’ve been waiting for for ages. I wish I’d been travelling with my family, so that we could try it out – I stopped short of sending invites to random seat numbers in the plane. Next time. 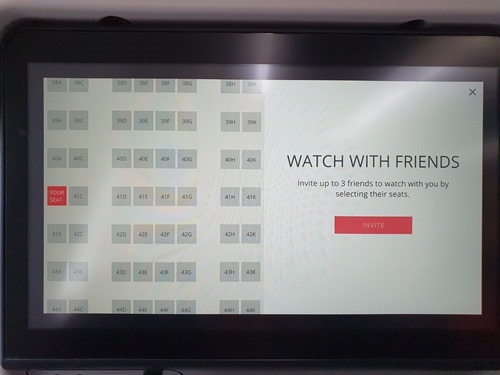 When we touched down there was some snow on the ground. 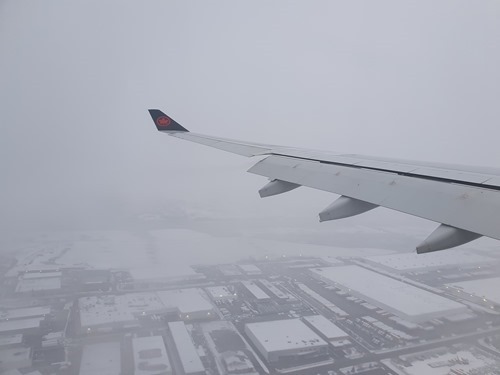 After disembarking I managed to coordinate with a colleague, Dagmara, who was arriving at roughly the same time but at the other terminal, so that we could take the UP Express together to our hotel, the Intercontinental (a short work from Union Station). 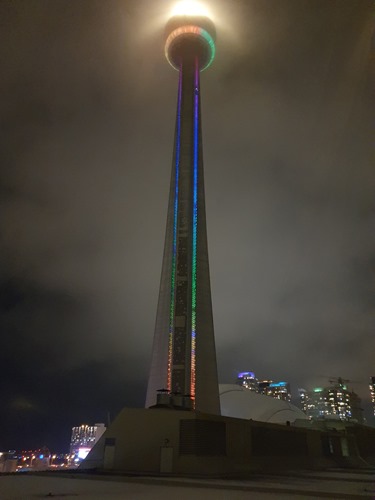 My 6th floor room has a view onto the base of the CN Tower, which is kinda neat. This week I’ll be seeing lots of old (and new!) friends, so expect at least one more update post.