There’s now just a month to go before many will be travelling to New Orleans for the first in-person Autodesk University since 2019.

Aside from being back at event with 10,000 or so attendees – something many of us may well have forgotten how to do, including myself – this year’s event will be different from those in recent years as it’s being held somewhere other than Las Vegas. In Vegas it’s possible to have that many people (give or take) hosted along with a full conference – including a significant exhibition space and somewhere to feed the hungry horde – inside a single hotel.

That’s not the case in many other cities. In New Orleans, for instance, the event will be held at the main conference centre and the attendees will be hosted at various (16?) hotels in the vicinity. It’ll be interesting to see how this affects the AU experience… will it be more fragmented, or will people actually spend more time together at the conference venue? Time will tell.

From our side progress has been very decent on the mystery object we’ve been 3D-printing in Boston. The build is now complete, and the focus has shifted towards its instrumentation and “digital twin”. Here’s a deliberately obfuscated sneak peek of some of that work: 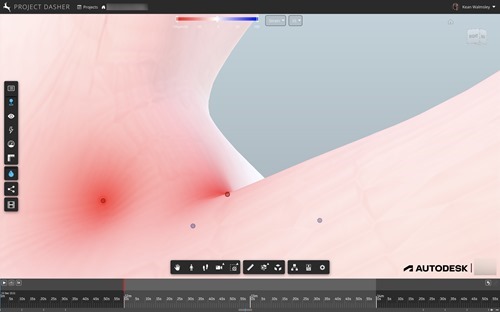 A number of guesses have been made in response to our “competition” question in the earlier post. I won’t say which (or how it was received), but someone has made a strangely specific response that I expect is going to be exactly on the money. (As mentioned before, we don’t know the exact weight of the object, as yet, but one guess that’s been made looks like it may even be closer than some of our own estimates. I have no idea how, but there you go.) There will be a fun gift being sent to the winner, once we close out the competition.