An eventful start to the summer

It’s been some time since I’ve shared any personal news, so I thought I’d throw a whole load of it together in an easily ignorable post. I’ve structured this post on themes, rather than chronologically, as it feels more coherent that way.

The summer has been lovely this year, in Switzerland, which is in stark contrast to last year’s horror show. We haven’t been away anywhere much – as yet, at least – but I’ll explain more about that a bit later on.

For us the summer thus far has largely been about music. We’ve taken the opportunity to visit several local music festivals, for instance, starting with a Sunday evening at Festi’Neuch where we saw Grand Corps Malade. 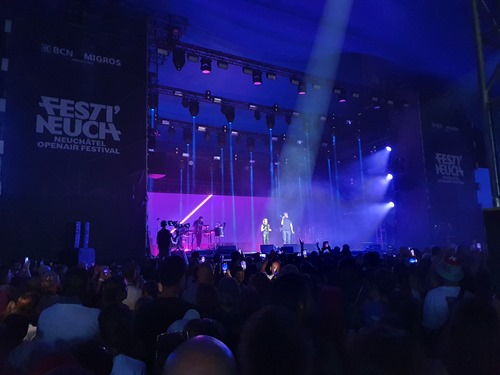 The next big one was the Montreux Jazz Festival, where we were lucky to get to see The Smile – a new project by Thom and Jonny from Radiohead. 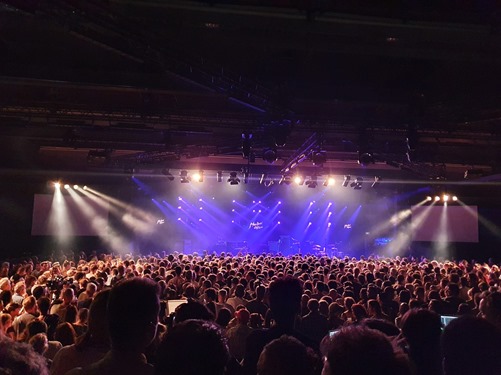 They were simply brilliant! A bit like a paired-down, back-to-basics version of Radiohead. 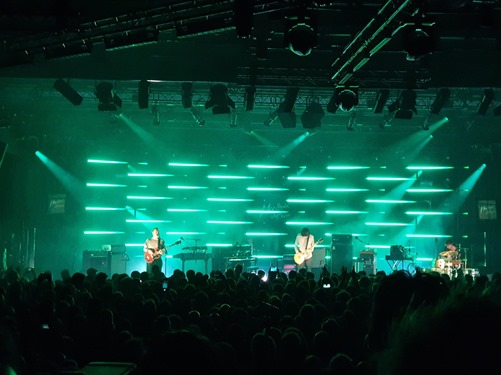 Next up was Paléo – another great festival – that takes place in Nyon. 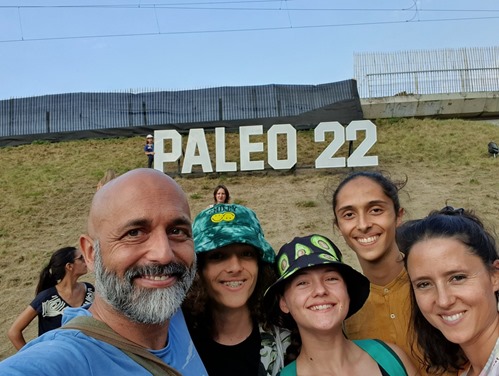 We started the Wednesday night there with Suzane – who we’d seen briefly at Festi’Neuch. 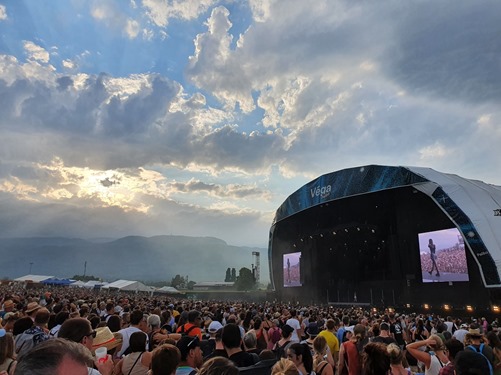 The main event – for us, anyway – was Sting, who played a fantastic set. I had to look up his age, as it’s completely unbelievable that he’s now 70. (Cue joke about tantric sex keeping you fit and young.) 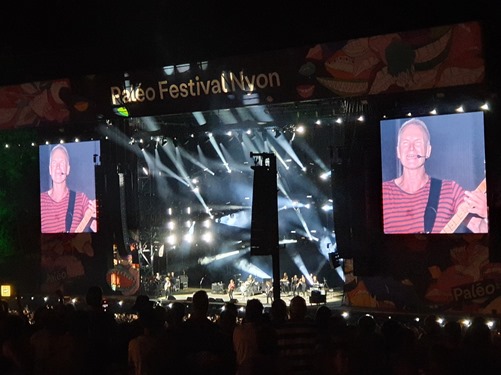 It was great to have this time together as a family, as at the time of writing our three kids are still happy to hang out with their parents. 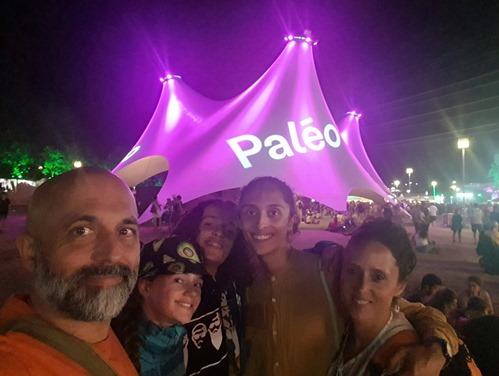 Alongside (although mostly prior to) attending these festivals, our younger two kids participated in their own concert tour comprising of around 15 different dates. 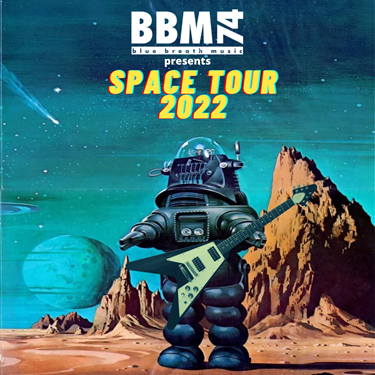 All our kids take lessons at our local rock school, BBM74. The concept of this school is brilliant: they have lessons and workshops throughout the school year which culminate in a series of concerts in May and June. They learn everything about performing live, from organising transport to lugging equipment and connecting lights and amplifiers. They have learned so much! 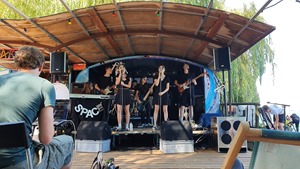 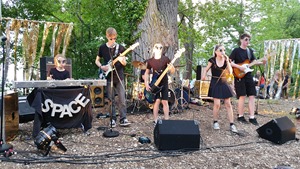 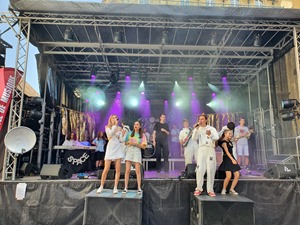 We get to see them grow in confidence as they perform at event after event, often to rapturous applause (and not just from the parents!).

Our eldest also learns an instrument at this school, but chose not to participate in this year’s tour: he was heads-down preparing for the final exams of his baccalauréat (also called the maturité gymnasiale here in Switzerland). The good news on that front is that all his hard work really paid off – he received a distinction (“mention très bien”) as well as a number of prizes. 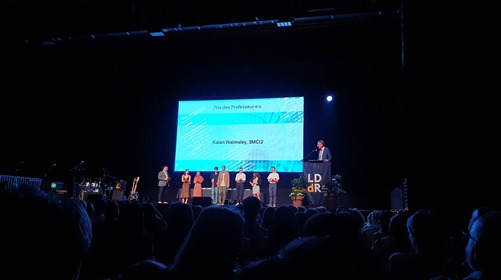 We couldn’t be more proud of him, especially knowing how much effort he’s put into his studies in recent years. He’ll be starting a Bachelors degree in Life Sciences Engineering at EPFL in mid-September.

Now for the main reason we haven’t gone away, this summer. It’s all thanks to this little miss, the latest addition to the Walmsley family. Her name is Daisy, and she’s an English cocker spaniel and was the present we gave to our daughter for her 13th birthday. 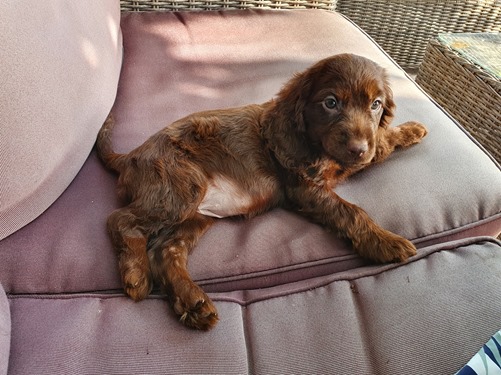 These pictures are of Daisy at 10 weeks – the day we picked her up. 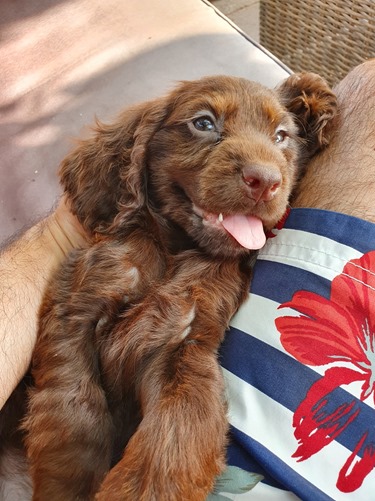 Here she is today at 15 weeks – she’s growing well! 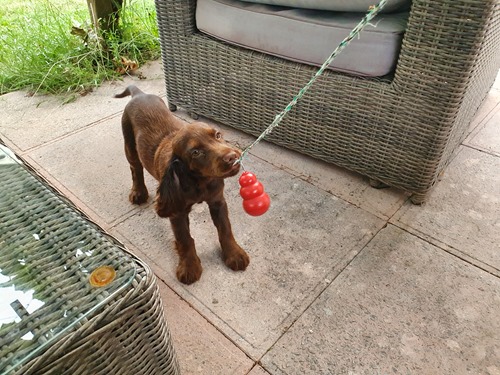 Despite nominally belonging our daughter, we’re all completely in love with this little dog – she’s just an absolute joy to have around.

In addition to the larger music festivals, I did head over with my son to the Bernese yodel festival in the nearby town of Ins.

(We stopped off in Vinelz – a village on the way – to take a break and snap this photo.) 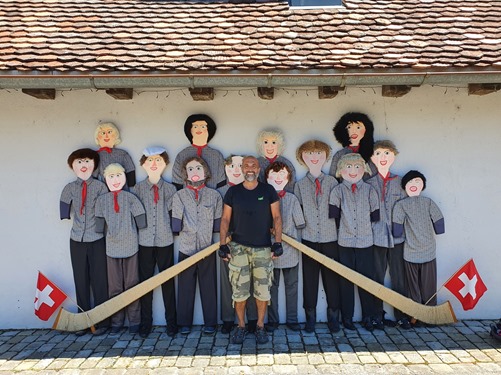 It may sound strange to some, but I genuinely love the sound of yodelling. I find it magical – it almost never fails to evoke strong (and positive!) emotions. 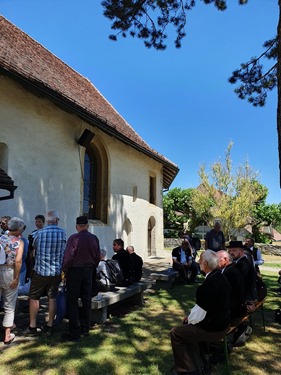 For our eldest’s 18th birthday we headed across to the Rhine Falls – the largest waterfall in Europe. The rest of the family took a tourist boat across to “the rock” – which is surrounded by the falls – while I looked after the puppy.

We had a delicious birthday lunch at Ying’s – a very authentic Thai restaurant in Neuhausen am Rheinfall. 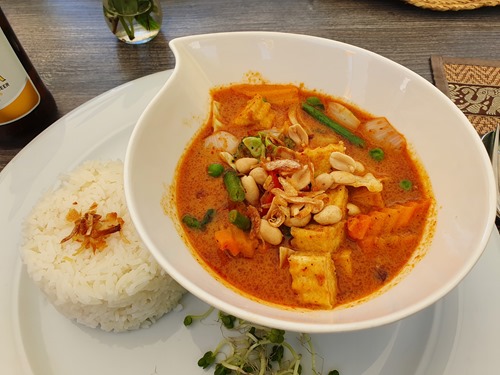 Following this we popped by Schaffhausen to visit the Munot with its cool natural lighting. 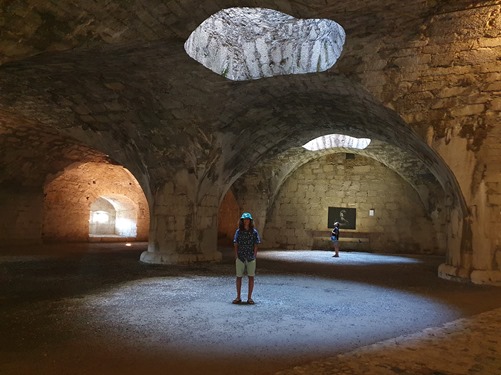 The views from the roof the the Munot are spectacular in any direction.

It was a longish – 3 hours in total – train ride (as long as it would have been in the car, for that matter) each way from our home to the falls, but we managed to use the time well. 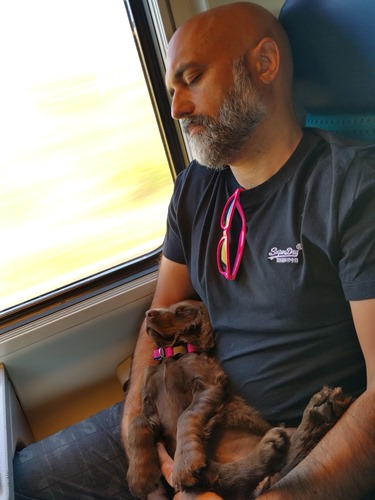 One final highlight of our summer, so far, was a visit by Alex Tessier and his wife Alice. I’ve worked with Alex closely since joining Research back in 2016, and I was really happy when he and Alice chose to visit our part of the world during a recent tour of Europe. 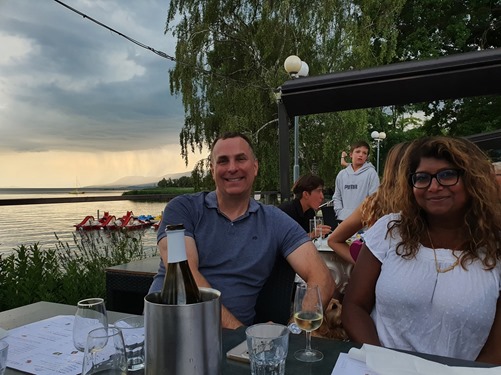 This evening was very eventful, weather-wise: over Alex’s right shoulder you can see the arrival of a summer storm over the lake.

Here’s a close-up, in fact… just minutes before we retreated inside while the storm passed through. We’re finally taking some proper holiday over the next 2 weeks: the first week we’ll spend up in the mountains – it’s always nice to be there for the Swiss National Day on August 1st, as it somehow feels more authentic – while the following week I plan on taking our middle child (who – unlike his siblings – has neither a dog to look after nor a late-summer holiday in Egypt to look forward to) for some hiking in Ovronnaz and then across to Munich for a few days.

I hope your summers are going well, too!