Working around the Chrome bug affecting the timeline

The amazing Mike Lee – who has been doing a great job of driving the timeline project for Dasher – has used his sleuthing skills to figure out a way around the bug affecting Intel-based Macs running Chrome v100 on Monterey. He was about to submit a bug when he discovered this ticket filed against Chromium, and a workaround buried within in. (Mike has since gone ahead and submitted his own report tracking this.)

You need to go to chrome://flags and disable “Use passthrough command decoder”. 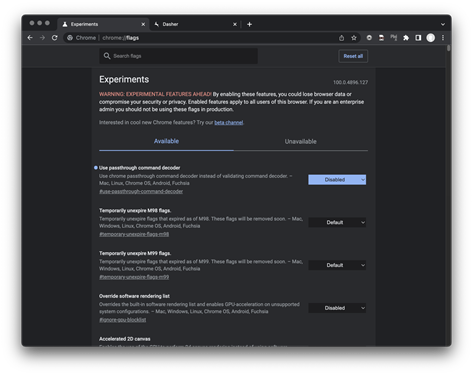 After restarting Chrome and launching Dasher, you should now see the timeline is back. 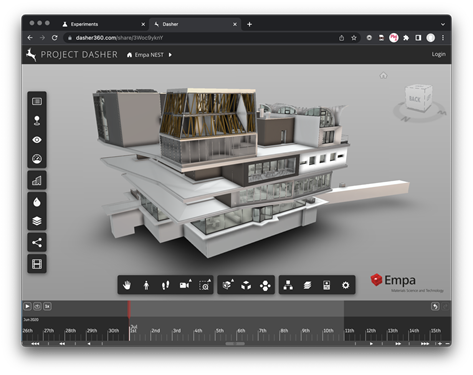 Not all Chromium-based browsers will have this flag exposed – Brave doesn’t appear to, for instance – but this gives me hope that we’ll be able to find a more sticky solution to this problem, in time. Great sleuthing, Mike!

I’m about to hop on a train to Geneva, this time to take a flight back to Paris and onwards to Atlanta for our annual (although virtual-only for the last two years) internal technical conference, TechX. I’ll be co-presenting a session about VASA – a class I very much hope will be repeated at AU 2022, all being well. I’ll share more once I get to Atlanta.

The Chromium bug report was updated to highlight a more nuanced flag to enable to avoid this issue: if you search for “Choose ANGLE graphics backend” and set it to Metal, this should also work around the issue. This works for Chrome – and will also do so for Brave and Edge, I believe – but the good news is that the latest version of Brave (Version 1.38.111 Chromium: 101.0.4951.54 (Official Build) (x86_64)) already seems to be fixed. It’s based on the same Chromium version as the latest version of Chrome – 101.0.4951.54 – so it’s not at all clear why this is the case, but I’m taking it as progress.