The best way to check out what’s new is to load the above-mentioned sample files. The first covers path density – something that is extremely valuable for Generative Design workflows, such as the one implemented for Project Discover. 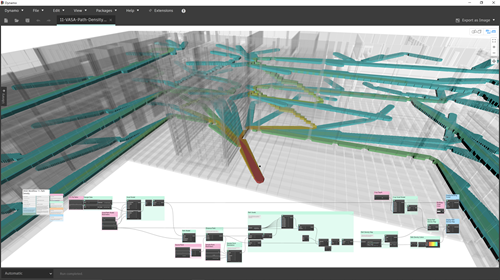 Here’s an animation of the graph’s graphical output:

The second is also one I can well imagine making use of, in the future, for IoT-centric projects: it allows you to calculate and display the coverage of sensors in a building. 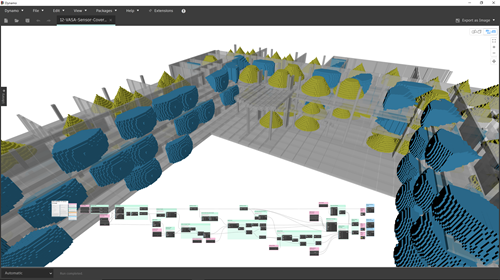 Here it is moving:

This is actually more involved than it might look: the sample isn’t just displaying the sensor coverage graphically, VASA is also providing sample points within the space that get used for the sensor locations: 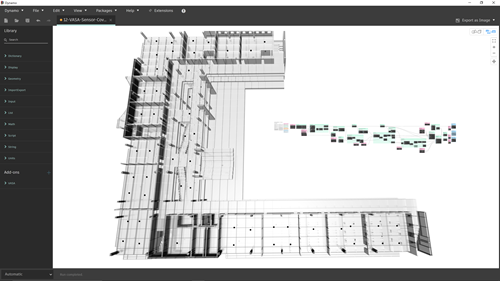 This is exactly the kind of capability that we had to implement with significant complexity – using the centroid of Voronoi cells – to create neighbourhoods in the MaRS project. This is going to be very useful for various generative workflows, I’m sure!

I’m going to leave it there for now, but this is something I’d like to dig into in more detail in a future post. I’m sure Rhys will soon be recording another of his great videos to discuss this soon, in any case.