Well, we made it to episode 60! Just four more to go after today’s episode. Today we ended up playing Eagle Empire – a clone of the class arcade game, Phoenix – and then we played an old favourite again: last time it was called Pogo, while this time it went by its more usual name of Nebulus. Then we played a somewhat disappointing Petch before failing to load Dam Busters and finishing up by actually playing the rather good Knight Games.

Here’s the cover art for this week’s episode:

Here’s the review for Knight Games from Zzap! 64 issue 17: 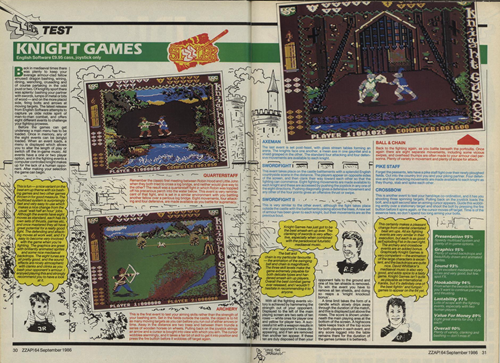