That’s it – we’re halfway there! I was hoping to make a bigger splash with my 2^5th episode, but between my first vaccine jab and my first foray into team sports in 8 months (yes, perhaps not the wisest combo, but there you go), I had neither the time nor the energy to make something fancy. I was actually hoping that some good friends would come through with a Commodore SX-64 they have in their attic, but it turned out to be harder to uncover than expected. Hopefully still one for a future episode.

We covered a few games in this episode and there were several more that failed to load that I edited out: I don’t want to be unnecessarily cruel to my handful of faithful viewers. Over the coming weeks I probably need to clean my drive heads, as there are a few loading issues with certain disks.

The first game was actually a classic (little did I know at the time) called Killer Watt, where you’re meant to fly around breaking lightbulbs. The latter two were both sequels: I liked the visuals on Summer Games II a lot – even if I was awful at the equestrian event and so missed out on kayaking – and Gremlins 2 was a blast from the past, having been mildly terrified by the two movies as a child. 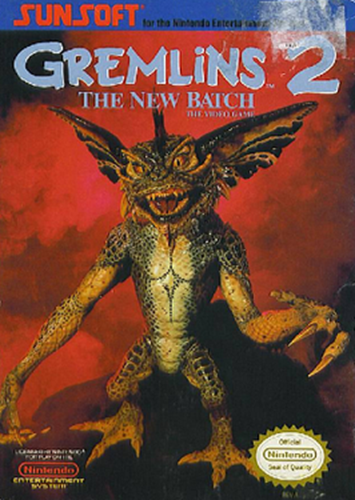 See you next week for Floppy Friday #33!