I wasn’t sure whether I would stick with the Atari 2600 for this week’s Floppy Friday, but as I received a new batch of floppies by post at lunchtime, I decided to dig in and see what was there. 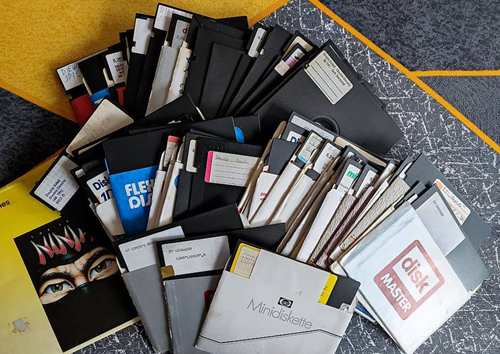 After initially loading Create with Garfield! (and no, I won’t be loading that one again), I fell upon a single diskette with a pretty interesting little collection of games, and ended up just loading a handful of them. Here’s the episode:

We started by playing Back to Nature (also known as “Frog”), and then a strange little game called Spider. Then the arcade classic, Frogger and a game called Fast Eddie. And we wrapped up the set with a couple of moon-centric (or at least space-centric) games, Moon Buggy (apparently a pretty poor clone of Moon Patrol) and Moon Shuttle.

I really enjoyed the last one for its sound effects (which may or may not have been clear on the video recording), but it was hugely disliked by the critics, if this Zzap! 64 review is anything to go by: 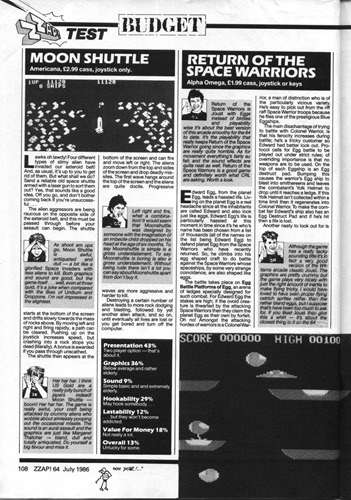 That’s it for this week. See you next time!