As the festive season is upon us, I’ve decided to start each post with a seasonal photo. Here’s me with a reindeer/dog (reindog?) in the lobby of the hotel we stayed at in Hoofddorp. 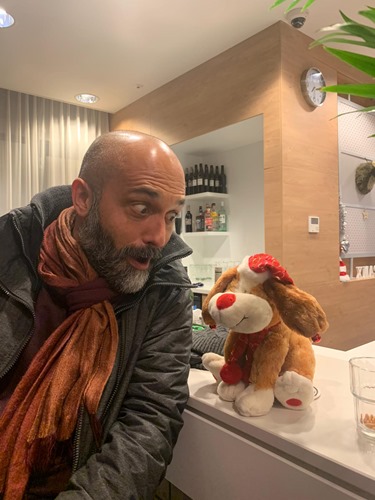 As mentioned in the last post, Sander Lijbers made the most of my vague suggestion to meet with a customer or two during my visit to the Netherlands by inviting many of the accounts he manages to a one-day event in our Amsterdam office. Everyone accepted – with some even flying in from the UK – so we had a really good, engaged group! 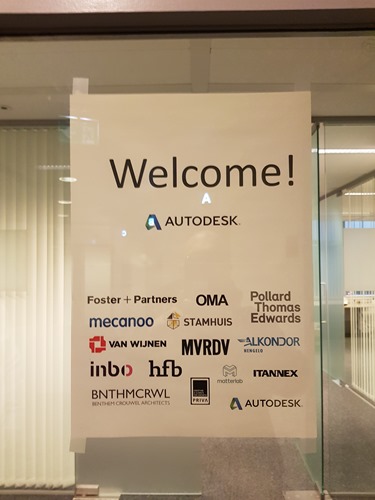 Sander had called the event “The Best of Autodesk University 2019” (he’s in Sales, after all ;-) and the idea was to have a less formal repeat of some key topics – particularly related to Generative Design – for customers who weren’t able to make the trip to Las Vegas. 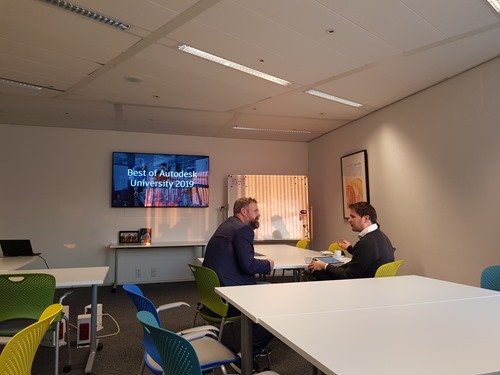 Sander kicked things off with some additional commentary from Ed Briggs. 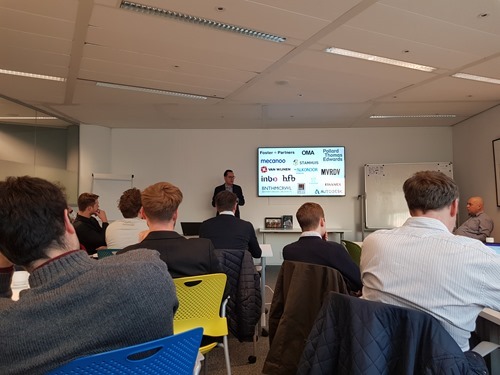 Olly Williamson gave a helpful round-up of the key takewaways from this year’s AU, including the launch of the Autodesk Construction Cloud. 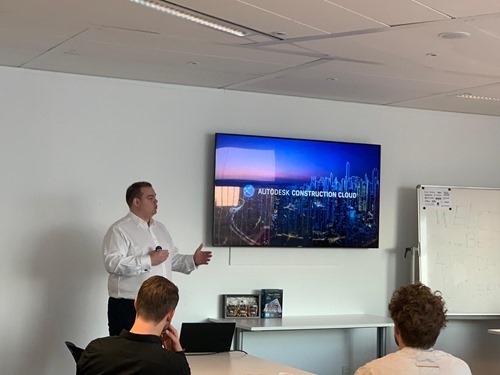 Dieter Vermeulen gave a repeat of one of his ever-popular classes, which laid a really good foundation for the day’s discussions around GD. 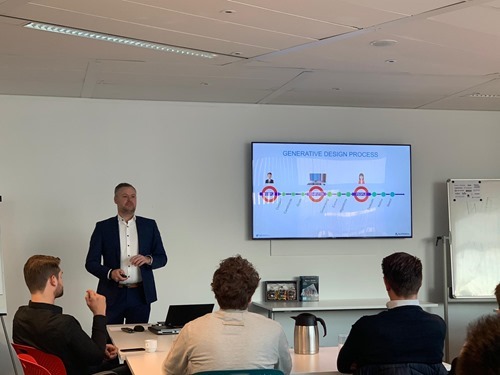 We were lucky to have a great presentation by Alex Mortiboys and Giuseppe Dotto from OMA, who discussed their real-world usage of GD in designing the 63,000-seat Feyenoord Stadium in Rotterdam. 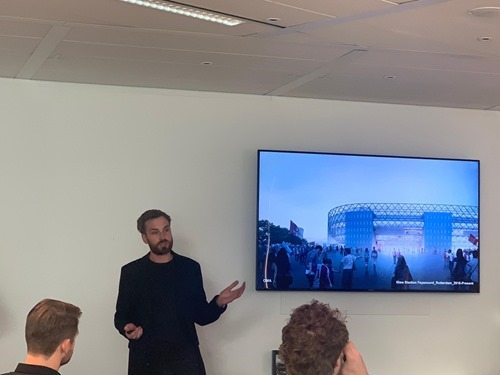 It was really fantastic to see how a leading firm is applying these principles on projects, as well as understanding some of the process challenges they’ve had to work through. 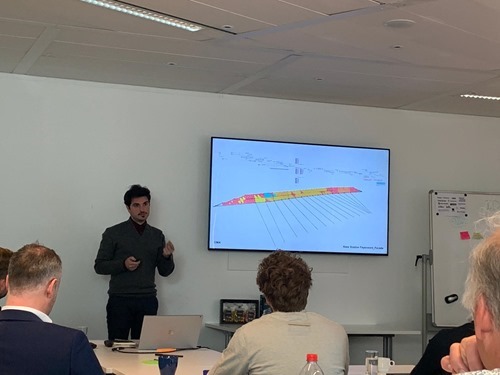 It was great to have Radu Gidei from the UK’s Dynamo User Group on-stage, talking about projects he’s been involved in and pointing out helpful GD resources. 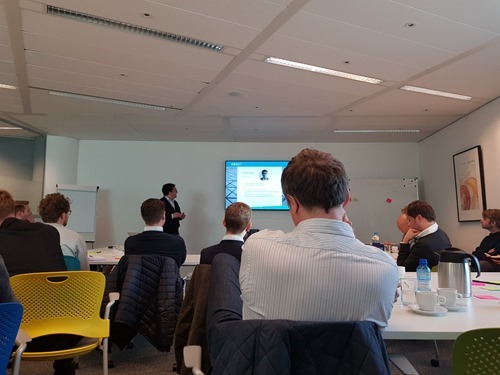 Our partner Itannex was present, too, and Simone van Loon managed the process of capturing ideas and insights from attendees as the day progressed. 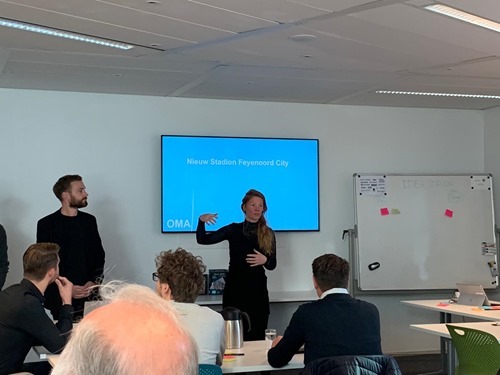 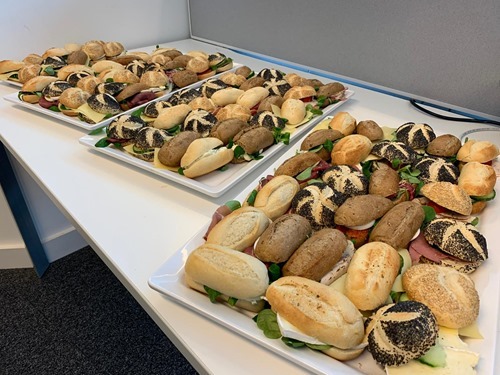 After lunch it was my turn. I started by presenting my main GD-related class from AU2019, which focused on Project Discover and Rediscover. 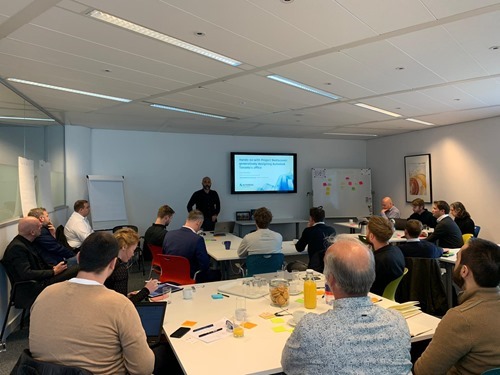 It was nice to be presenting in a more relaxed environment, as it allowed me to dig into details it wasn’t feasible to cover at AU itself. 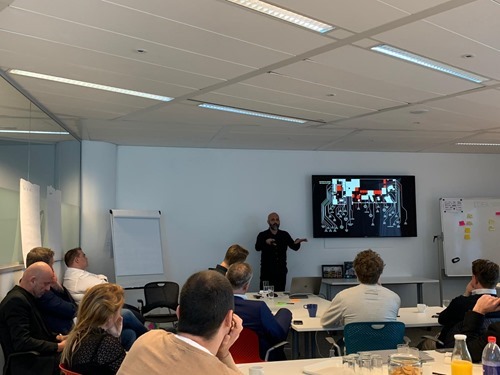 We talked about how the Project Rediscover can be used with Project Refinery, as well as Capturefinery for creating presentation graphics. 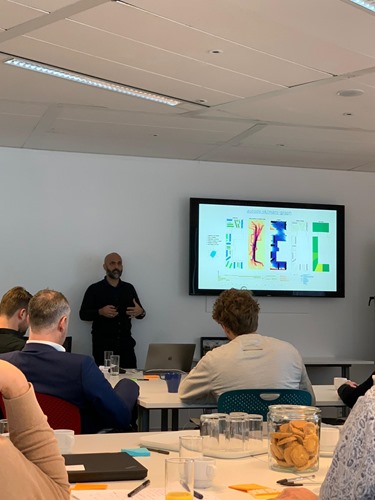 I had originally planned to present my second longer AU class on “Advanced Data Visualization using Forge”, but instead decided to use the material for my AU Theater Talk: it was higher level – and more appropriate, given the audience – although I didn’t limit myself to the 12 minutes I had at AU: there was plenty of time to dig into more specifics. 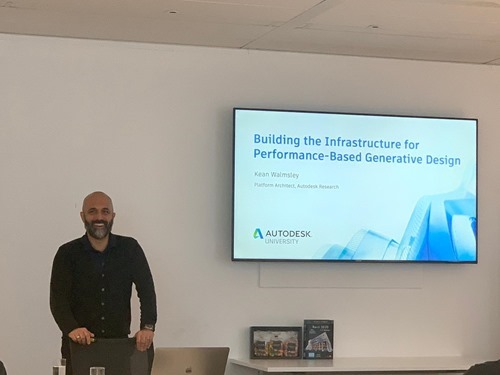 It was an enjoyable day, and there were lots of really interesting questions from the audience: it’s clear people are engaging with these topics. Many thanks to Sander and team for making it happen! 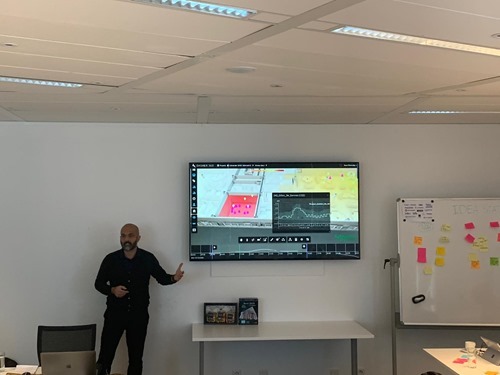 By the time it was over I was happy to head to the airport with Radu, although as we were in separate terminals we didn’t have so much time to hang out. 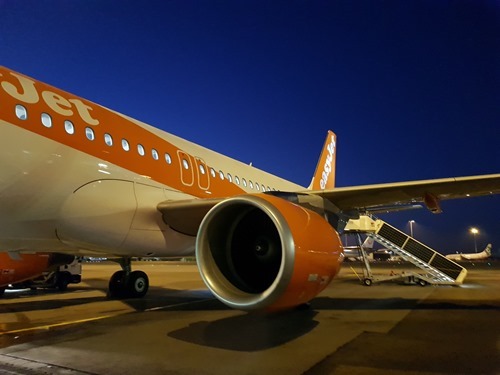 By the time I got home – my flight was perfectly on-time, but unfortunately landed at the same time as my hourly train home was leaving – it was around 10pm. I’ve got a few days with my family now (excluding tonight’s Autodesk Switzerland Christmas Dinner) before I head off on Wednesday to India for my last trip of the year.