Geometry Systems and the Refinery Primer

I mentioned last time that I was expecting to publish some posts about Autodesk University 2019 material I found particularly compelling (now that I’ve had the chance to consume some). I didn’t get to watch as many recordings as I’d have liked – for now – but I did manage to watch the rest of a class of which I only caught the first few minutes before having to run to another meeting in Las Vegas, my friend Lorenzo Villaggi’s session on Geometry Systems. 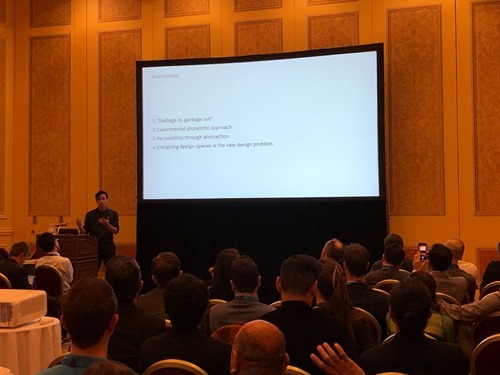 There are two main pieces to generative design systems – at least in the way they’re implemented using Dynamo and Refinery. One big part of the process, which arguably should happen first, even though the implementation depends heavily on what proves technically feasible, is to establish the high level goals for the system (e.g. cost, weight, variety, daylight, speed, efficiency, strength, etc.). These goals translate directly into metrics in the graph – or “outputs” in Dynamo-speak – as part of the evaluation system. But many (if not all) of these metrics will be driven by the graph’s geometry system, which takes the inputs (whether fixed constraints or variables) and generates a geometric representation of the defined solution.

I’ve so far been involved in a few generative design projects, but always in later phases, where we’re taking the groundbreaking work delivered by The Living (the team to which  Lorenzo belongs) and creating something that can be used by our customers.

So even for me (someone who has been involved in such projects) the process followed to define generative workflows remains somewhat mysterious. Lorenzo’s class is a great step towards helping people understand how to create generative design systems using Dynamo and Refinery for themselves. It’s really a must-watch.

Lorenzo has not yet had the chance to tidy up and share the Dynamo graphs he demonstrated in his session, but he does intend to at some point. I’ve suggested he might do so via this blog, perhaps as a series of guest posts. So watch this space for more details on this interesting topic.

In very much related news, the Refinery team has just released a new Beta version, v0.62.0. This version has a particular focus on improving the integration with Revit, as well as the experience when exploring the results of Refinery studies. 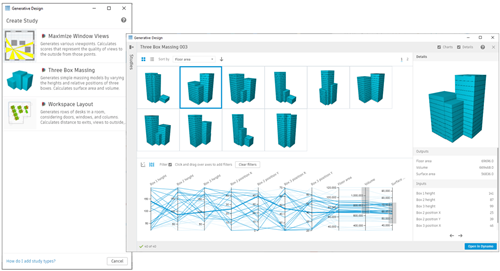 I’ll be installing and working with the new release as soon as I get the chance. As part of this release, the Refinery team has unveiled another really useful tool for understanding and creating generative workflows using Dynamo and Refinery, the Refinery Primer. 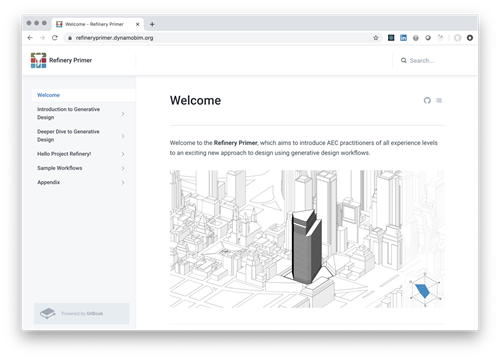 This is a great resource that people will find invaluable as they get to grips with Refinery and how best to create Dynamo graphs that work well with it. It introduces generative design at a high level but then drills more deeply into the creation of algorithms that comprise generators (i.e. the geometry system) and evaluators (the evaluation system). Be sure to check it out and let us know what you think. As the Primer is hosted on GitHub, you can submit issues or even pull requests.

I’m arriving shortly in Geneva airport to start my last journey of the year, to India. after transiting once again in Heathrow I’ll be stopping for a few days in Bangalore – where I’ll be catching up with members of the Forge team – before heading on to Pune to visit a partner.