Looking back at the GD for AEC Residency; looking forward to the DBEI Hackathon

The Toronto team has posted a nice video looking back at July’s Generative Design for AEC Residency:

It was clearly an interesting event – I do hope I’ll get to attend the next one.

Here’s a still I extracted that shows Sol Amour, Dynamo’s Product Manager, hacking away at Python inside Dynamo. The Python node is big enough to be clearly visible on the video (the code itself is not, but I’m sure it’s about to do something cool). 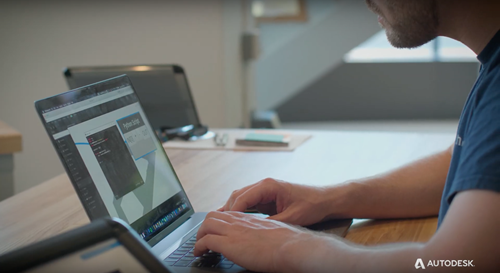 I’m starting to think about next Wednesday’s DBEI Hackathon, which has the theme “Generative Design in Practice” and so I’m also expecting will have quite a lot of focus on Refinery. The one-day Hackathon is preceding BiLT Europe in Edinburgh, where I’ll also be helping out with Matt Jezyk’s Lab session entitled “How to Train Your Model with Project Refinery”. It’ll be fun to see Matt, as well as to hang out with Zach Kron and people interested in GD and Dynamo during the Hackathon… it’ll be interesting to see what can be created in a single-day event, although it does seem a decent amount of time has been set aside for hacking.

In the meantime, though, I have another trip to make to Paris, where I’ll be visiting the Intelligent Building Systems and Smart City + Smart Grid conferences and then presenting a keynote at the Soirée de L’Excellence Française – an event being organised by Autodesk France. Then I’ll be back home for a night before heading across to London with my family, from where we’ll do lots of Harry Potter-related activities before taking a night train up to Edinburgh to do some more (while I’m busy at the Hackathon and BiLT, clearly).

The good news is that I’ve made some solid progress on my AU prep – with a big thanks to Simon Breslav, who’s been busy documenting the MaRS workflow – so once I’m back from Scotland I shouldn’t be panicking too badly. After all, from there it’ll be 4 short weeks until AU Las Vegas (don’t forget to register before October 14th to get the early bird pricing, by the way).

Posted on October 01, 2019 at 09:45 AM in Autodesk, Autodesk Research, Dynamo, Generative design | Permalink