It’s been a crazy (but very cool) few days here in the UK and Ireland. It started with the pre-event (or perhaps the pre-pre-event) of the annual Autodesk football tournament in Dublin. We didn’t win, but we had an absolute blast. I’m definitely looking forward to next year’s event in Barcelona! 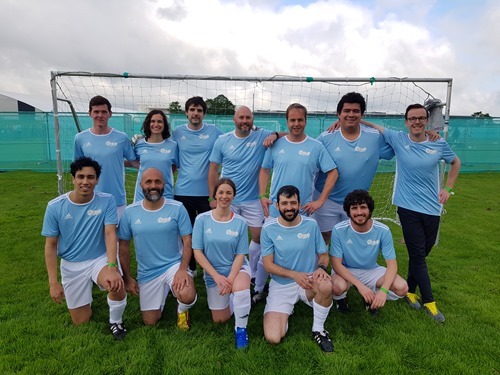 On Sunday a group of us flew from Dublin into Heathrow: the others headed directly into town, while I stopped at a friend’s for dinner in Windsor. Heading into town, later on, I saw a message from Jaime Rosales: the Circle & District lines were completely closed, so getting across town had taken them forever. Thanks to Jaime’s message I could re-route via Paddington and London Bridge, and even ended up taking a boat across the Thames to get to Tower Hill. A fun way to arrive at an event! 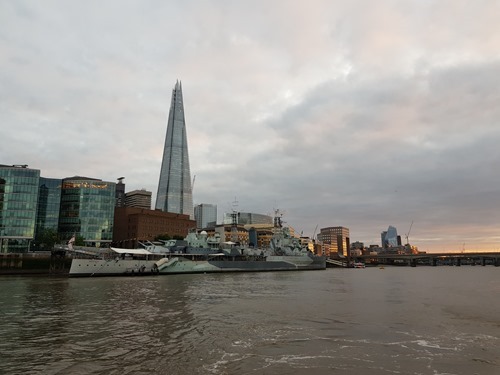 I was once again staying at the citizenM – a short walk from the main AU hotel – and I did take in the view from the 7th floor before sleeping.

I had a lovely start to Monday morning with a breakfast at Coppa Club with my old University friend Ben Elliss, who works at Amazon. It was really nice catching up: the last time we’d seen each other was at the Tech Summit party at Madame Tussauds in 2017, so we had a lot to talk about. 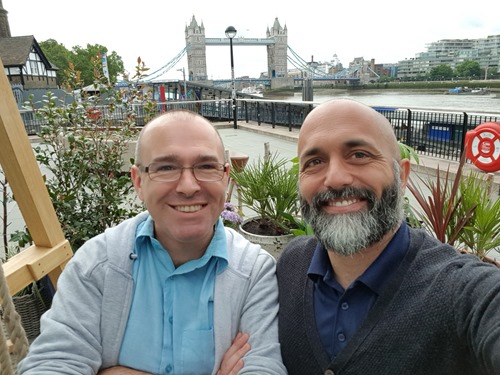 After this I headed out to Farnborough, where I’d been asked to present about Generative Design to a group of 60 or so people from Arcadis.

Adam Nagy was also presenting about Forge, so we headed back into town together afterwards. From Waterloo I took a very slow bus across to Hatton Gardens to participate in the UK Dynamo User Group’s Dynamo Day. I was there mainly to present an update on Refinery at the evening’s user group meeting, which I’m guessing had around 150 attendees. 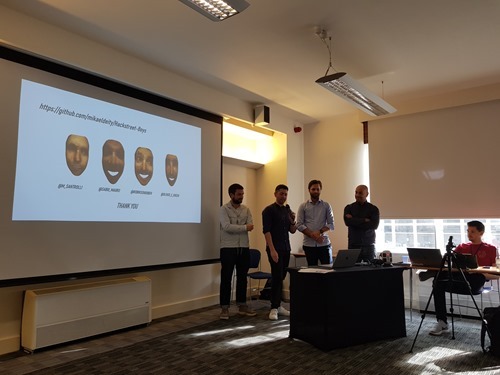 As ever, this user group was supremely well-organised – even the after-party to play “digital beer pong”. Even if people quickly switched to playing straight table tennis. Fair enough… I mainly spent time chatting to London-based Europeans about Brexit (sigh) and its impact on the architecture community. 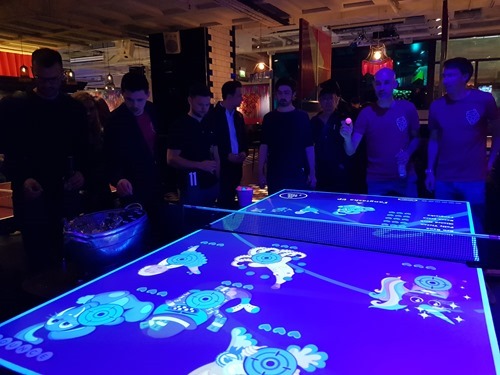 I was happy to be able to walk the 2km home through the City of London… it was a lovely evening and I was glad for the fresh air. 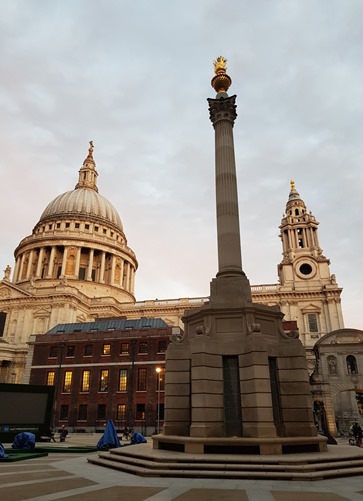 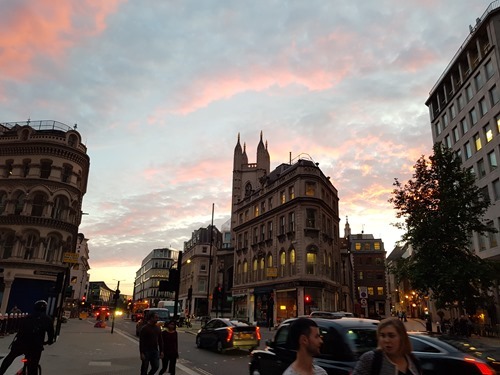 On Tuesday, the first day of AU London, I started the day bright and early with a breakfast meeting at soon after 7am. As my class with Lorenzo – and the following panel session – was on Wednesday, I’d said to anyone who’d asked for a meeting to schedule it for Tuesday. So it was that I ended up with 7 meetings throughout the day, taking me through to 7pm. The only session I had the chance to attend was the opening keynote, which I at least had a decent seat for. 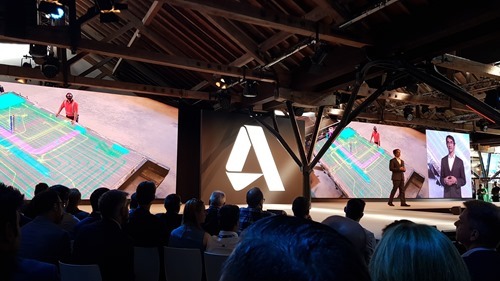 This was our third year at Tobacco Dock, which I’ve found to be a great venue. I missed the first year, when it was really, really hot, apparently, and last year was very pleasant, weatherwise. This year it rained intermittently (and at times quite heavily) from Tuesday afternoon onwards, but it turns out there’s enough shelter in the semi-open layout for it to be completely fine. I remember speculating last year about how the venue might work when raining, but it really wasn’t a problem at all. 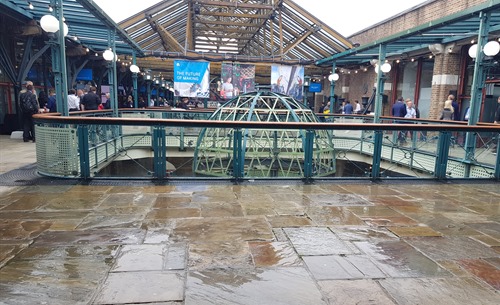 Back to my meetings… I did have very welcome support from Dieter Vermeulen during one of them, at least, which gave me the chance to take a snap of him in action. 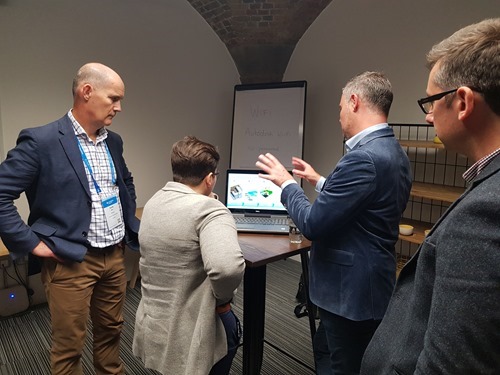 I’d been tempted to suggest the various customer meetings be grouped together in some way, but in fairness everyone wanted to talk about different things. All of the discussions were interesting – and  I hope valuable – so the time was well spent.

That said, by the end of the day I was shattered, and so after the evening reception – at which Dieter was the resident DJ – I had an early night to be ready for the next day. 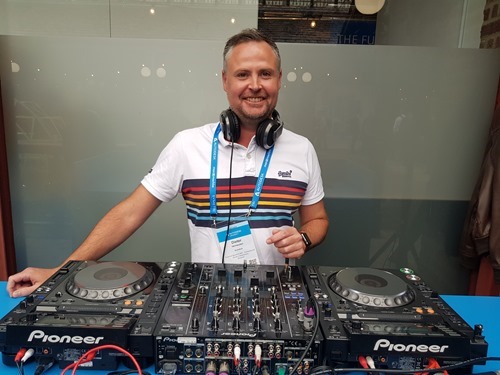 Wednesday started with Lorenzo and myself sync’ing up before our class, making sure the latest material was uploaded and the videos all worked well: our room had two large TVs rather than a projector, which actually meant the content looked very good (I had some very high-res videos that didn’t work as well when I presented them at the Dynamo Day).

We had the chance to catch some of the opening keynote from an overflow room next to the one our session was being held in: it was a treat to see a few videos of Dasher 360 being shown, with skeletons on the MX3D bridge. I definitely enjoyed that! (The below photo is underwhelming… this tweet from Lee Mullin does it better justice.) 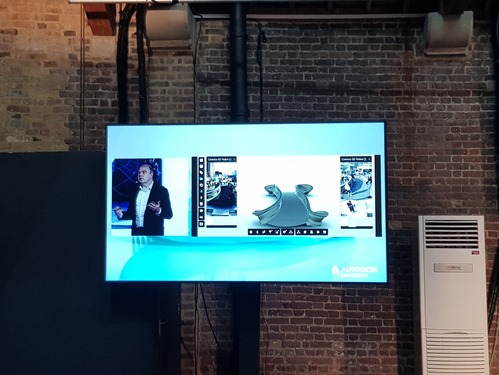 Our session was basically sold-out and ended up being well attended: there were a few empty seats, but really not that many. One minor disappointment was that the session wasn’t recorded: I had assumed it would be and and suggested to a number of people to prioritise hands-on labs instead. Oh well.

I find it an immense privilege to work – and have the opportunity to share the same stage – with Lorenzo, and it was particularly great to hear more about the work The Living has been doing for Daiwa House. 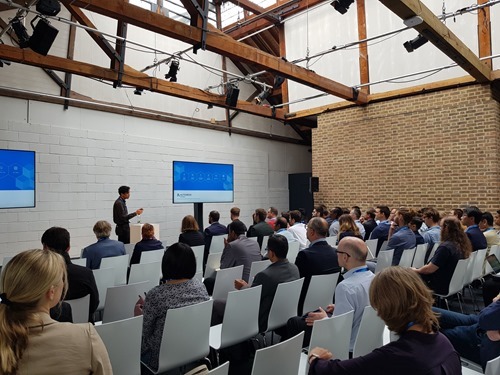 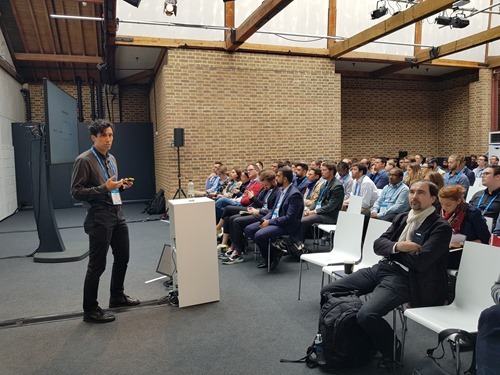 For my section of the session I talked about using Refinery, and introduced a few graphs and packages we’ve created to help work with it. I’ll replicate this content in a bit more detail in a future post (although most of it exists here piecemeal already). 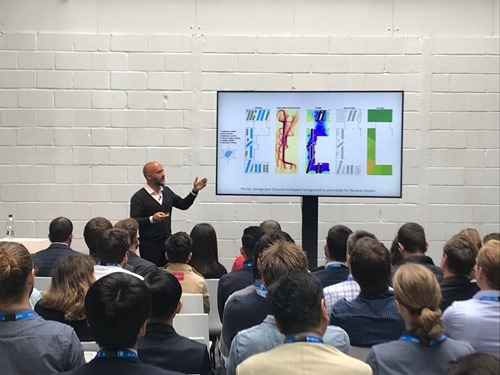 Right after our session, I was a panelist for a Technology Trends/Future of Work discussion. I found the session interesting, but mainly from listening to what the others on the panel had to say. I guess that doesn’t make me a great panellist, but it is what it is. People seemed happy enough to have attended, at least. Here’s a photo borrowed from a tweet by Jonathan Reinhardt:

At this point I was basically “done”. Meaning my sessions and organised meetings were all completed, and my brain was close to being baked. I did have several more discussions, leading up to me leaving for London City aiport (by the super-handy Docklands Light Railway) at 4pm, but I honestly don’t know if I was still making any sense by this point.

I now have a few days to see my family and recharge my batteries before heading to the next Forge Accelerator in Barcelona. I’ll only be there from Tuesday to Thursday, and I know it will – as ever – be fun to hang out with the Forge team and the Accelerator participants for a few days.