« Heading to Toronto | Main | At the Forge Accelerator in Dublin »

I seem to spend quite a bit of time, these days, talking about the new Autodesk office in Toronto. I did visit one part of the office when I came through in July 2017 – on our world tour – but people hadn’t, at that point, fully moved across from the former 210 King St East office. So this week was – somewhat surprisingly – the first time I’d actually seen the generatively-designed office space first-hand. Crazy. 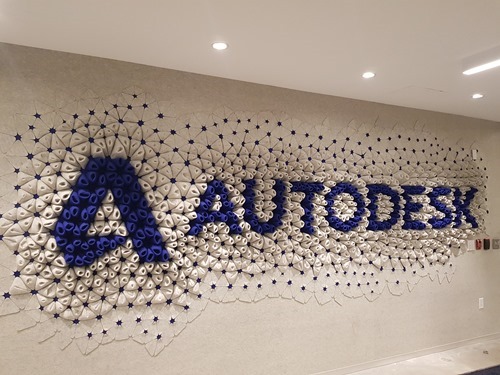 I’ve been staying in the Chelsea Hotel – apparently the largest hotel in Canada, with about a thousand rooms – which is conveniently located for the office, but isn’t the height of luxury. (Although I will say that the pool and fitness area on the 27th floor make up for the relative crumminess of the guest rooms.) 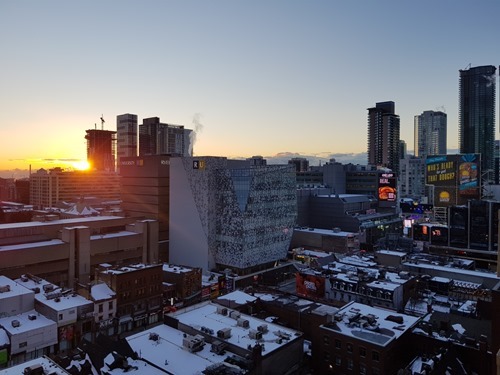 On Wednesday I spent my first day in the MaRS office, meeting with various people regarding either Dasher 360 or the generative design tools we’re working on. 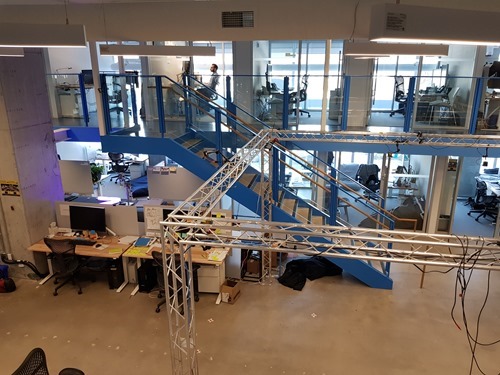 I’m super-excited about the direction things are headed, especially on the generative side of things. Rhys Goldstein outlined an approach he’s considering for implementing isovists using a grid-based lattice (the same one we’re using for path-finding) that should be much more nuanced than the current ray-casting approach used in most situations: you’ll get a fuzzy value back rather than something that’s basically boolean. 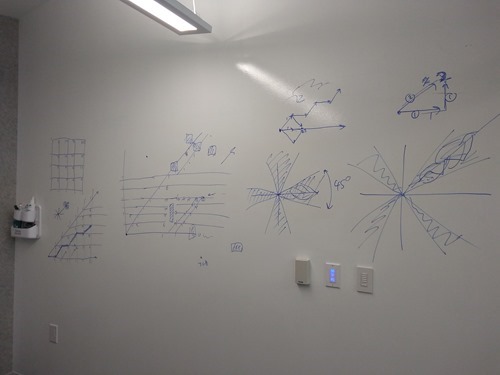 Simon Breslav has been working hard on exposing the capabilities of the space analysis library to Dynamo, and building some examples showing how it all works. 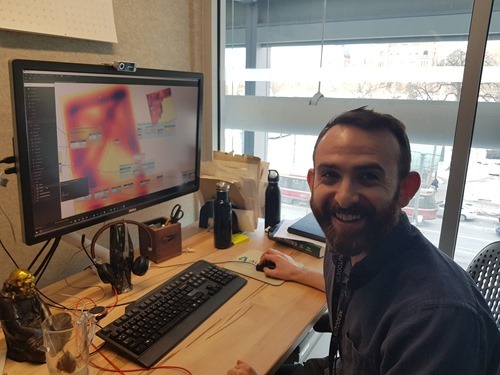 Simon, Rhys and Hali took me through the bowels of the building to get some food at lunchtime. It didn’t seem the most direct way to get there, but then the current path-finding implementation doesn’t worry about pesky things like stairs (and they did claim to be taking the scenic route). ;-) 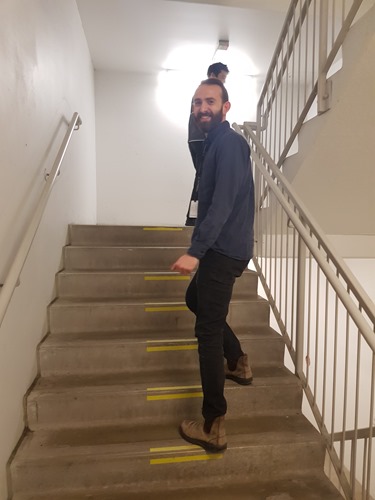 The office itself is really impressive. Here it is from across the street: 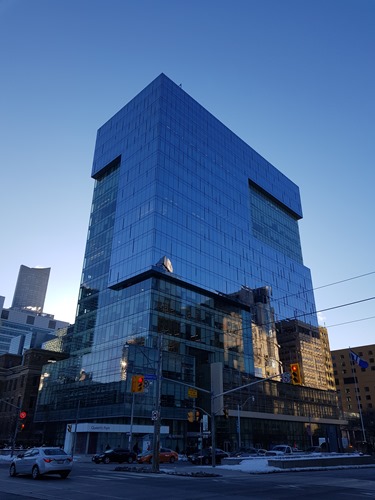 Here’s the front entrance to MaRS itself: 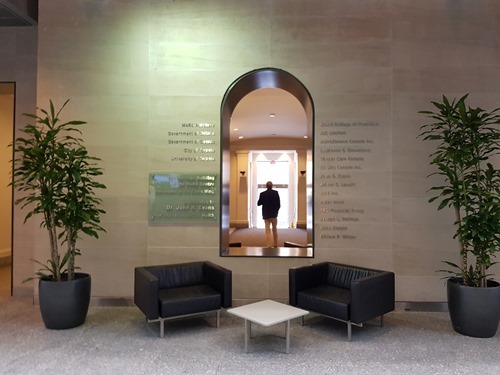 MaRS was built around the old Toronto General Hospital. My manager, Azam Khan, took the time to give me a tour of MaRS and Autodesk’s Toronto office. 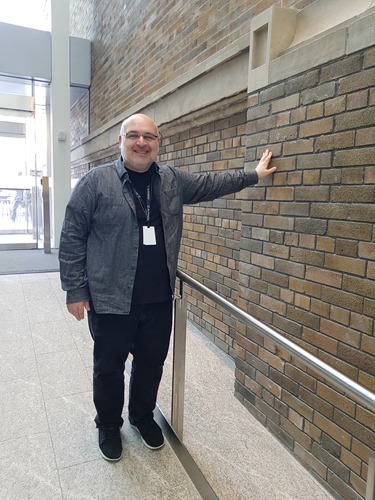 Autodesk occupies two floors in Tower 2: the two that are “inside” the atrium: 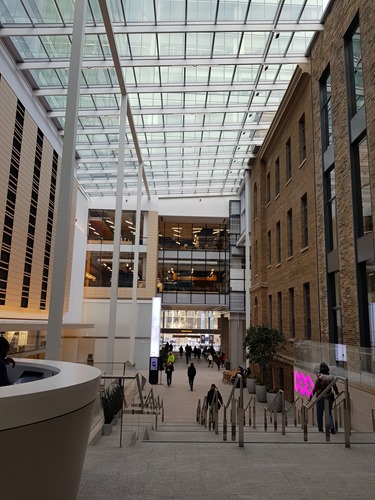 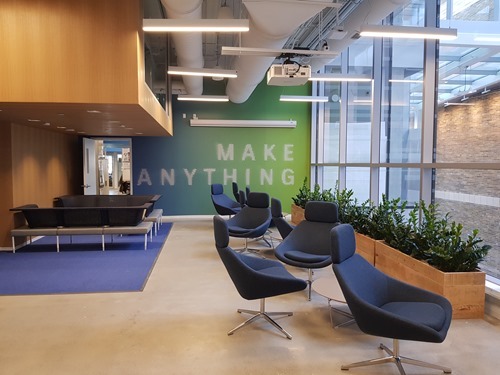 There were various artifacts talking about generative design, our Toronto office being the main showcase of its application for architectural layout. This includes both mini-exhibits… 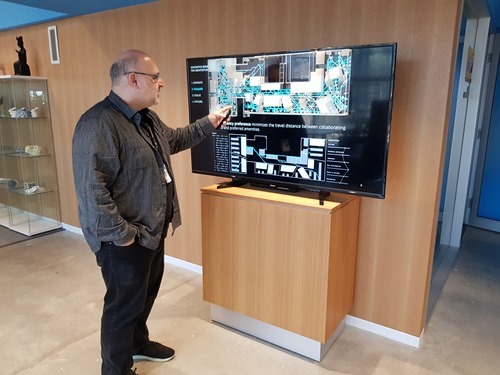 … and decor that reflects the nature of the generative process. 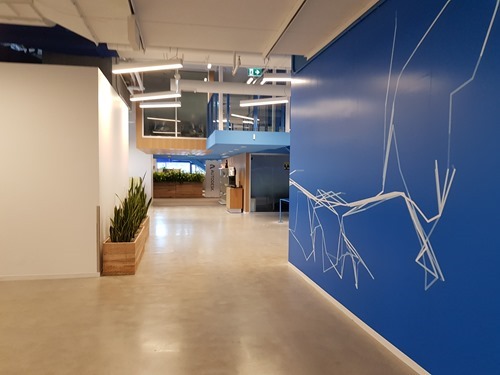 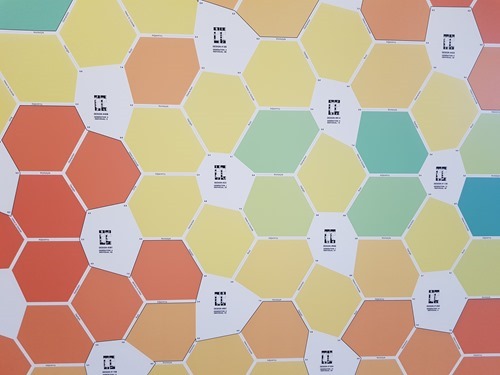 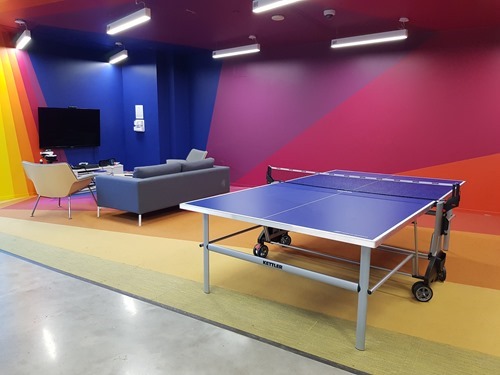 The Autodesk Technology Centre in the Toronto office is a space that hosts a number of resident companies – typically startups – who are working on projects that relate to Autodesk and the industries we serve. 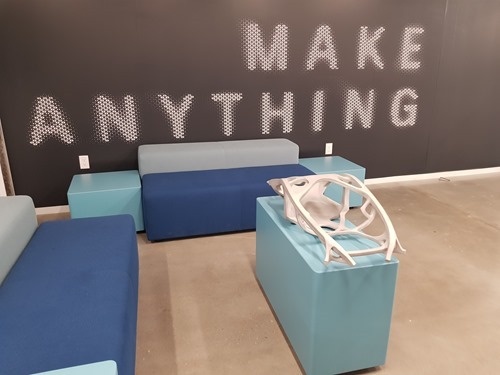 The ATC manager, Matt Spremulli, gave me a quick tour, both of the residency area and the workshop, which – much like Pier 9 – is full of interesting (and probably dangerous) toys. 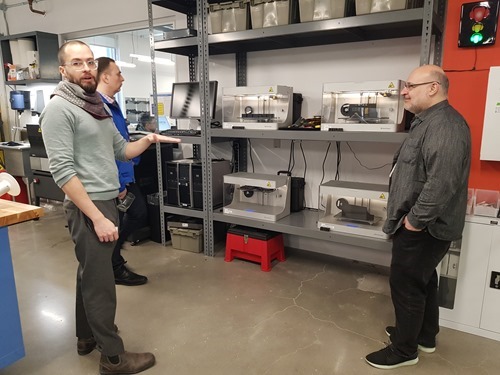 There’s a really nice lounge area with a view across towards UofT: 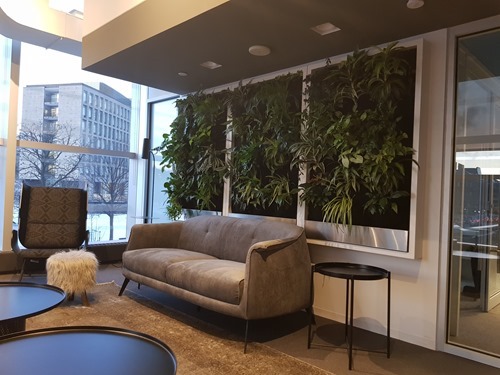 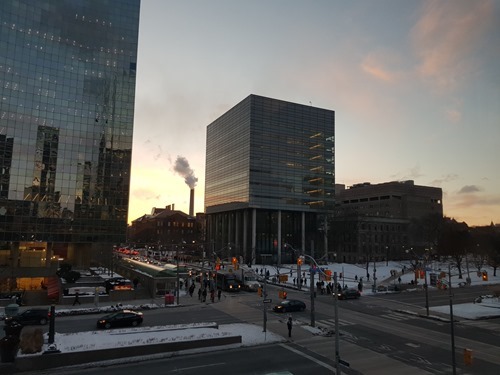 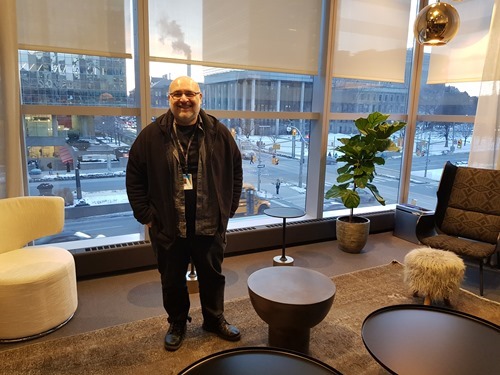 Azam is vegan, and knows the best spots in the city to consume vegan food and drink. I always come away from Toronto a better person. ;-) 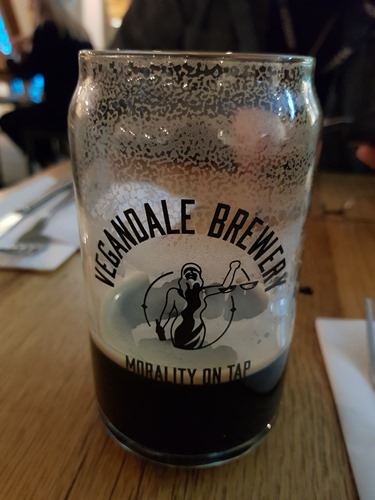 On Thursday we had a team offsite for our new group in Autodesk Research (we’re now in the “Science” team). It was held in the Faculty Club of the nearby University of Toronto. Ths club was about 2km from my hotel, but I opted to walk there. The windchill at the moment has taken the perceived temperature down to around -15 or -20 celius, so it was brisk, to say the least. 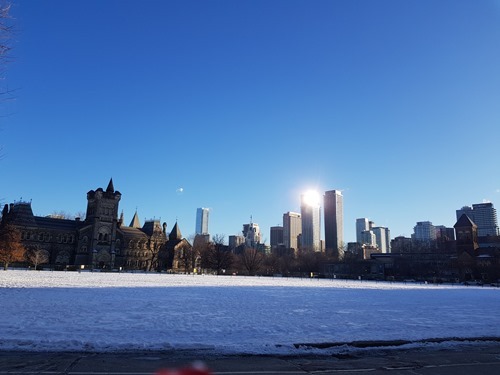 The offsite’s location was a nice old building: 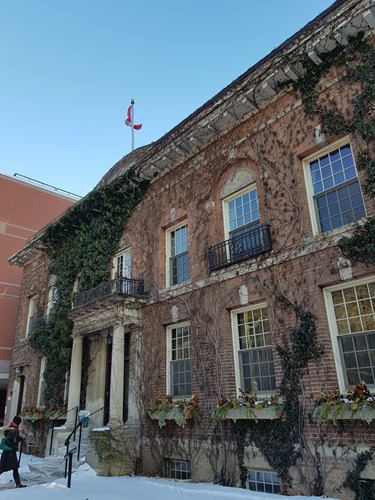 The Science team spent a fun day discussing the goals for the new team. Being the only person coming in from elsewhere, this was super-valuable for me, personally. Thanks to all the Science team for making me feel so welcome! 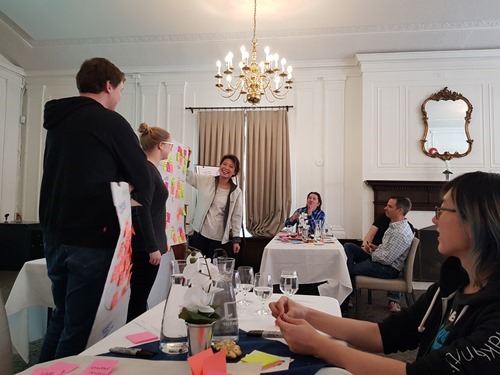 I’m heading back off to the airport now for the red-eye to Zurich. Tomorrow I have lots to take care of before I head back out to Dublin for the Forge Accelerator on Monday, so I hope I’ll sleep on the plane.