At the Forge Accelerator in Dublin

After having spent a great few days with the Toronto team, I headed home on Friday afternoon. I did have a little bit of “fun” getting home, though: firstly the UPExpress going from Union Station to Pearson Airport stopped – ostensibly waiting for the right signal – for about 30 minutes. It wasn’t a big deal for me, thankfully: I’d left some buffer in my schedule, so still had a little time to wait at the airport.

While I did so, for some reason I checked my downloaded Netflix content… none of it played: I kept getting an obscure error message. It turns out the upgrade I’d performed earlier int the day on my Samsung Galaxy S8 – installing the One UI Android Pie OS – had basically nuked all my local content. Luckily I realised early enough to start downloading some shows I wanted for the trip home while still on airport wifi. There is a lesson, there, though: I wouldn’t upgrade my computer’s OS just before a big presentation, for instance, so I really should apply similiar thinking for my phone, too.

The third thing that happened – and these things do seem to come in threes – is probably the funniest, at least with hindsight: as I knew I had things to do on Saturday, once I got home, I opted to take an over-the-counter sleeping pill while waiting to board my red-eye to Zurich. (These days I don’t just leave jetlag to run its course, so I always have a little stash of these pills when I’m on trips such as this.)

All of which was fine, until the announcement came over the tannoy… “Those of you sitting on the left-hand side of the plane may have noticed our maintenance crew checking one of the engines. During their routine inspection, some damage to its cowling was spotted: we have to send a photo to our base in Montreal to find out whether we can take off.” Sitting in my seat, waiting for the pill to take effect, I had a horrible premonition of having to get off the plane and wait (no doubt falling asleep) in the terminal. The cabin staff did lighten the mood with a follow-on message… “We have a saying in aviation: it’s better to be on the ground wishing to be in the air than in the air wishing to be on the ground.” :-)

In the end the flight took off 90 minutes late – but it did take off! – and caught up 30 of those minutes on the way home. And I managed to sleep for a few hours, at least.

Anyway, after a nice weekend with my family, on Monday morning I headed across to Geneva for a flight to Dublin. The weather was as miserable in Geneva as it was in Dublin. 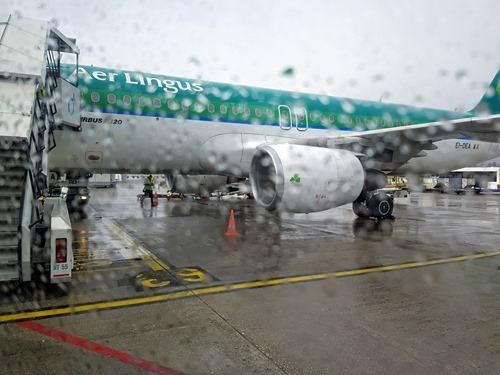 I took the bus from the airport to the centre of Dublin, and walked across the River Liffey on the harp-shaped Samuel Becket Bridge to get to our office on Windmill Lane. I got to the event just after lunch on the first day, so things were really only just getting started.

In the evening the Forge team took me (and Ferran, a visiting student from Barcelona) along to a traditional dinner and dance show at the Belvedere Hotel. 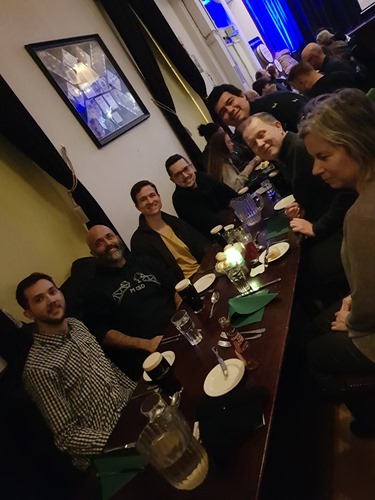 It’s apparently illegal not to consume Guinness at a traditional Irish dance show. 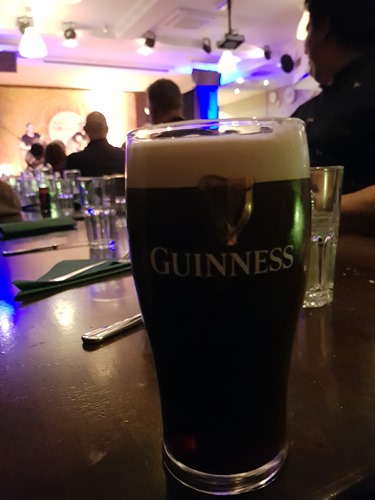 The show itself was a lot of fun: there was a lot of audience participation, in sections where we clapped and sang along and even some got up and did a little dancing, too.

The best work was done by the professionals, of course:

It was a very nice evening, and great to catch up with members of the Forge team (and to get to know Ferran, too). 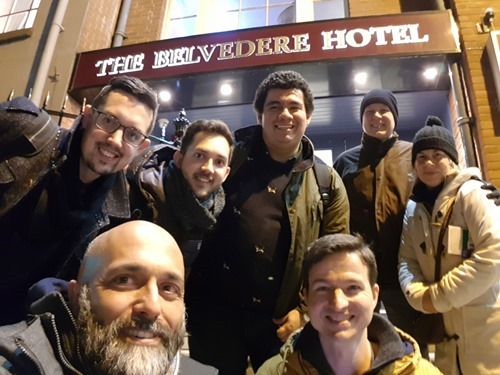 This morning we’ve had the first session where we’ve all gathered together in a central location to look at some content. 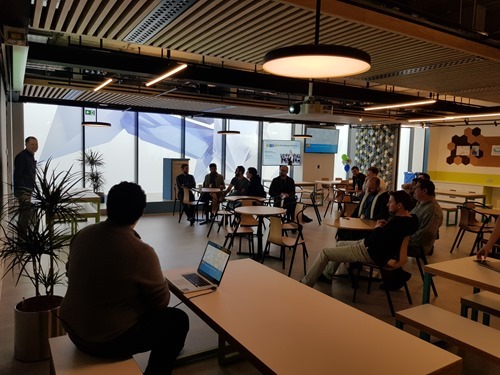 … and then Jaime took to the stage to introduce the Design Automation API for Revit. 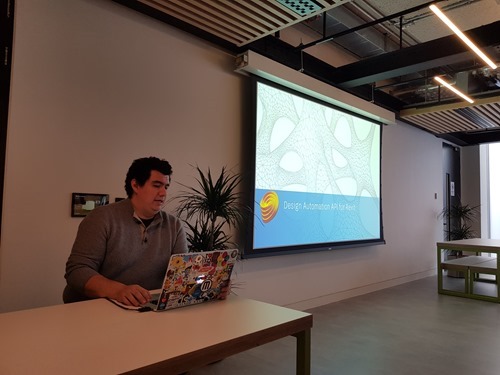 There’s a really interesting group of attendees here in Dublin, many of whom I’ve met before at other events, but several new faces, too. I’m looking forward to getting together with the bright minds from DesignTech.io, who are here working on a number of Forge-related projects but also do a lot of great work with Dynamo and Refinery.