« Generative design and IoT, a virtuous circle! | Main | Catching up on the Autodesk University 2018 keynotes »

Like many of you (with some countries unfortunately having been excluded due to privacy regulations) I’ve just received an awesome customized video about this year’s Autodesk University. Here’s a link to the one I received, in case you didn’t get one yourself. I’m guessing they didn’t actually record a custom video – perhaps by training an infinite number of monkey videographers – to make this. Anyway – it was a great job, however it was done. 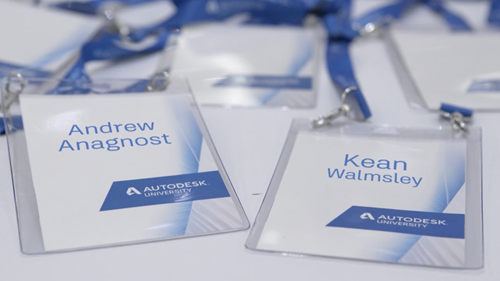 The video was to announce a new web platform for AU content, including the recordings from this year’s event.

Of my classes two were recorded (the pre-conference sessions, including this one, unfortunately were not). Here’s one of the sessions I co-presented with Lorenzo Villaggi from The Living:

Here’s the “Getting Started with Generative Design for AEC” session – all about Project Refinery – that I delivered solo:

To wrap up this post, here's a nice video from my friend and Toronto colleague, Ramtin Attar, who did a great job of capturing the feel of this year's event:

Now that I've caught my breath, I can look back on what was a great AU. It’s always a little difficult to assess, at the time – there’s just so much running about – but I enjoyed this one immensely. I did feel the scale of the event, with upwards of 11,000 people… there were lots of people whose paths I usually cross but somehow didn’t, but that’s how these things go. Next year’s will come around, soon enough!