On Sunday I flex across to Amsterdam, once again, this time to take the train down to Eindhoven for Dutch Design Week. Alex Tessier and Michael Lee – colleagues who had barely recovered from the last trip across before coming back to help the project with one last big push – had arrived a few days before me.

When we got to the bridge – on oversized cycles borrowed from the hotel but clearly intended for giants – the sky was still a little overcast. 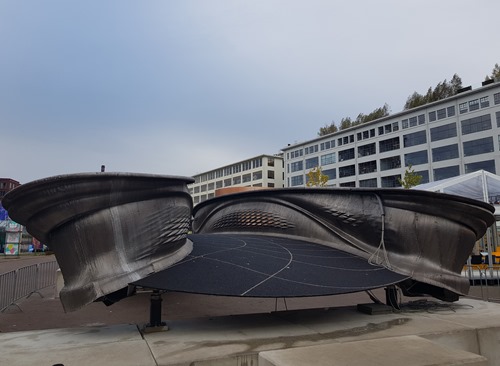 Alex and Mike got cracking on fixing some stray sensors and connectors. 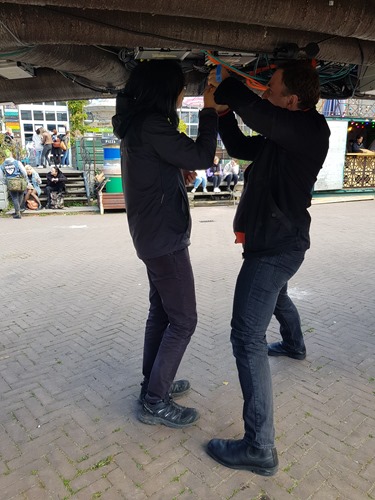 Our “home” for the duration is a shipping container that houses the PCs running our database and a number of screens showing Dasher 360, a usage dashboard and some videos of the bridge’s build process. 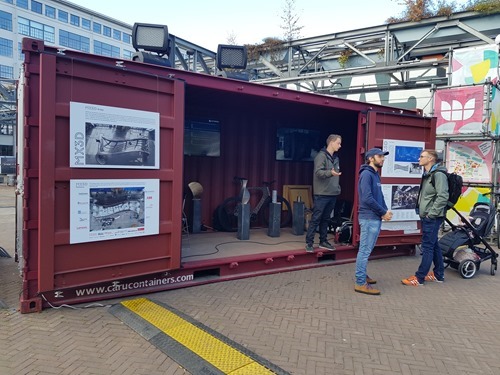 At times it was a little chilly inside, the early(ish) morning and evening being the worst. 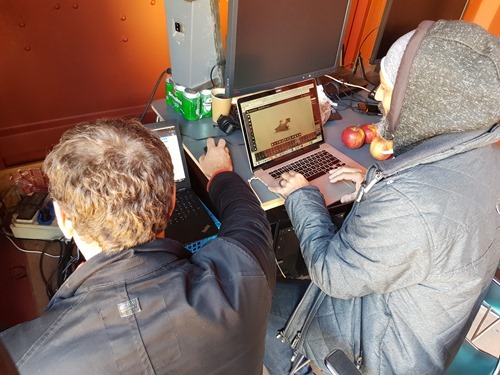 Here’s a quick video showing you some more about the bridge:

When the sky cleared the bridge was even more gorgeous. 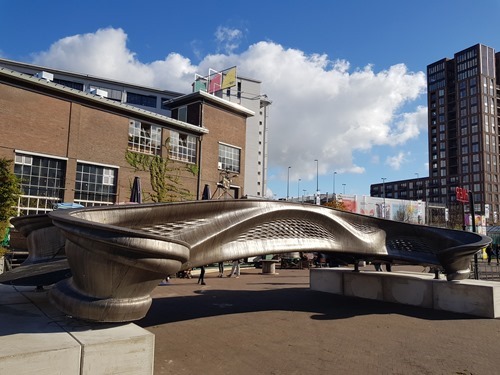 It was nice to finally see it with the end swirls… 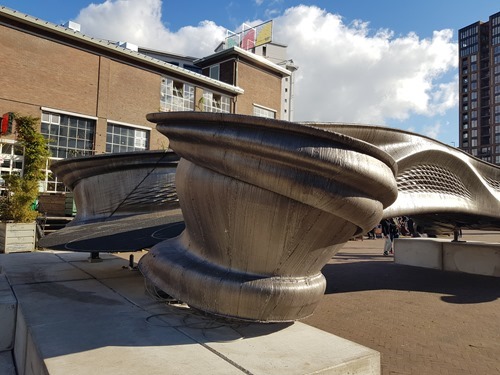 People loved walking across the bridge, especially once they realised their progress was beeing recorded in the usage stats. People could walk under the bridge, too. 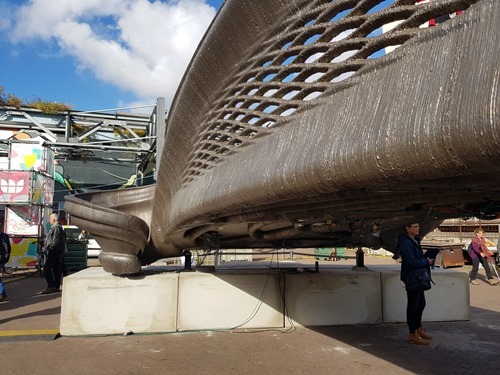 Here’s a close-up of some of the sensors and cabling. 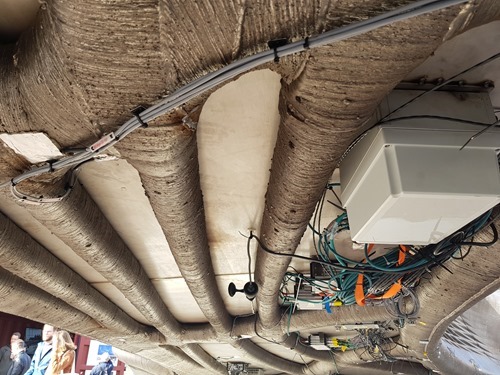 Lunch was a very colourful vegan burger from a nearby lunch place. 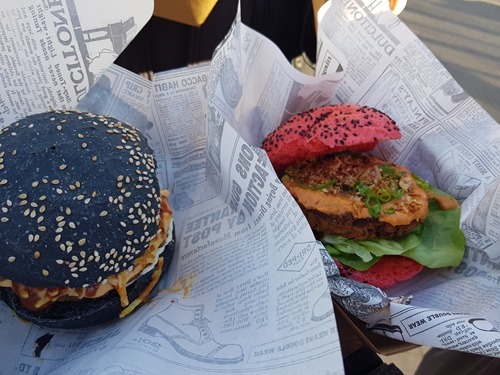 Here’s a shot of the bridge once the sun had started setting. Frank Wolbertus from TBI popped by for a drink and a chat. Here he is checking Mike’s impact on the bridge as he jumps up and down. 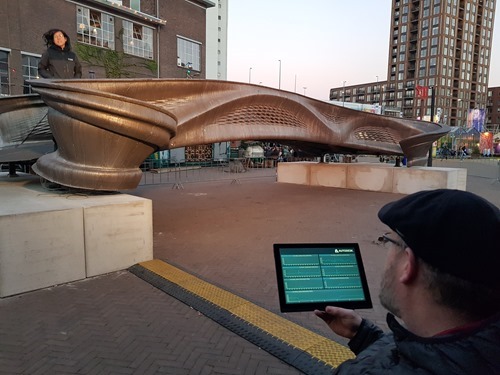 By the time we left it was dark, and we were thoroughly cold. We grabbed a nice dinner at a nearby restaurant, then cycled back to our hotel. 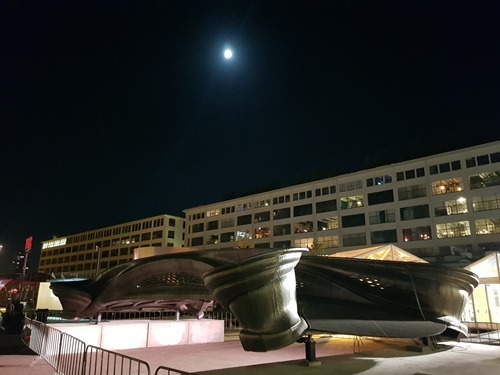 Me with my giant bike.

On the way home I took a quick snap of a cool local feature (of which there are lots in Eindhoven). This chimney stack is less impressive during the day, although it does have a cool LED display of a flame at the top that’s even visible in daylight. I’m heading back to the bridge today, once I’ve checked out and had breakfast with Mike and Alex (they’re both heading off in respective directions, today). I’m staying up in Amsterdam tonight: I have a meeting there in the morning before I fly home around lunchtime, but I also couldn’t book a room at the Pullman (our hotel in Eindhoven) for tonight as apparently Spurs (Tottenham Hotspur) is staying here ahead of their Champions League match against PSV (thanks for the explanation, Frank!). Anyway – it suited my purposes to break the journey not have to take a 1.5 hour train first thing in the morning.

I’ll try to post again with a video of some of the features we’ve added to Dasher 360 for Dutch Design Week… the team has done an amazing job enabling capabilities that highlight the qualities of this cool, cutting-edge, smart infrastructure.