It’s been a great few days in Rome, at the Forge team’s first ever Roman accelerator. Things kicked off on Monday morning, as we occupied the conference room at Rimond’s office in Rome’s Trastevere district. 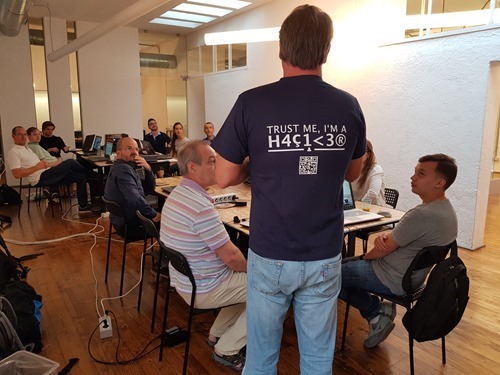 As is usual at these events, there are a number of companies doing really interesting things: several of them have specifically mentioned Dasher 360 as their inspiration for visualizing additional (even IoT) data in the Forge viewer. Very cool.

Yesterday I joined Peter Schlipf to visit Roma Tre University, where we spent some time with Stefano Converso from the Architectural Design department, as well as colleagues of his who are focused on restoration, a topic that has become increasingly important with the earthquakes suffered in the regions just north of Rome in recent years.

Stefano gave us a quick tour of the Roma Tre campus, which formerly housed an abattoir. 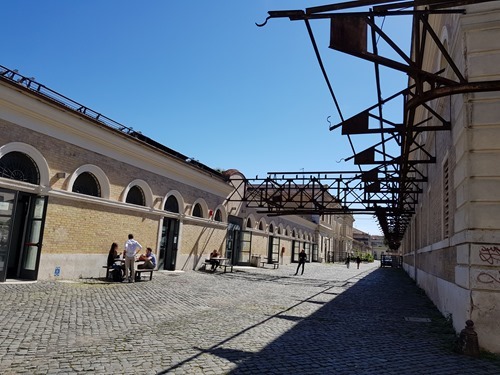 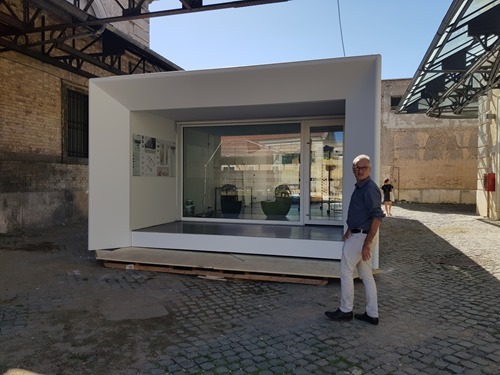 It’s been great catching up with the Forge team. There are a few new members at the event: Vadym Kuzin, who is based in Bonn, and Petr Broz, who is now based in the Czech Republic. Petr used to be in the Forge viewer team in SF, so is a huge asset to the Forge Partner Development team (both he and Michael Beale – who is still in SF – have encyclopedic knowledge of the Forge viewer). 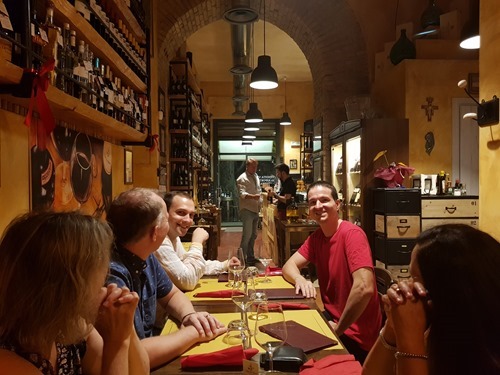 The closest I came to doing any sightseeing was at last night’s dinner, where we walked to a slightly more central (and touristy) area to eat. 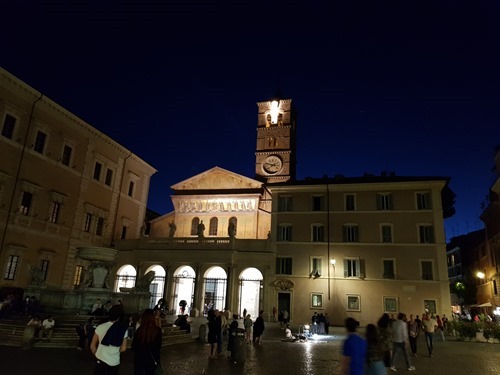 While I’ve been answering a few questions during the course of the week, I’ve also been working on my own stuff, taking advantage of my proximity to various Forge experts. Prior to coming across I’d managed to hack the viewer to add in support for SkinnedMesh objects. Here’s a video of the modified viewer animating a bunch of basic robot meshes.

My next step is to bring in more representative meshes and see if I can get the viewer to animate these. I’ve been able to bring in an interesting model via the three.js ColladaLoader implementation.

But while it looks good when you bring in the various meshes making of the robot, the model I have only appears to have a single SkinnedMesh for the robot’s flexible hose. And no kinematic data for the various components and their joints/bones. So I’m a long way from being able to animate them, still. I’ve considered different formats, but – other than Collada – three.js r71 only supports glTF 1.0 (and probably a partial implementation of that) and the now-deprecated three.js JSON format. Collada seems the most mature implementation in this version, but I may have to see whether I get better data by exporting from 3ds Max (the model I downloaded from TurboSquid seems as though it was exported from Blender). I doubt it will change anything, but we’ll see.

We’ve had more success on another feature I’ve been working on, which is to bring skeleton data into the viewer. We have CCTV cameras that are installed on either end of the bridge in Pier 9, and Liviu and Pan from the Toronto team have been working hard to extract skeleton information from the camera feed and map it into a 3D space. 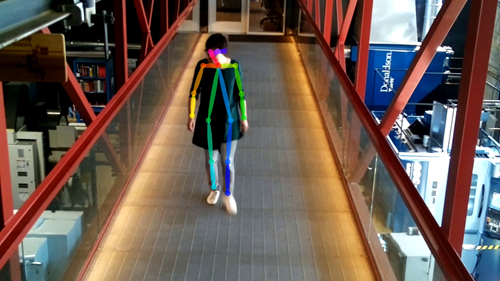 There are still some callibration issues to work through, but it’s really cool to see a skeleton walking across the bridge inside the Forge viewer. This is really promising.

I’m heading back home, this afternoon, and have to get ready for next week: I’ll be in Amsterdam at MX3D during the beginning of the week, and will then fly to Barcelona to present various Autodesk Research projects at a generative design event in the office there.