« Waitomo | Main | Dasher 360 at Autodesk University and the Forge DevCon »

A big thanks to Mike Burke from Aurecon for pointing us at Hobbiton (among other places). I suspect we’d have made it there anyway – it seems somehow inevitable – but it was certainly from Mike that I first heard about this place.

It would be a shame to visit New Zealand and not experience something of Middle Earth. I’m not about to spend our brief time here tracking down the various locations that were used to shoot The Lord of the Rings and The Hobbit, but for sure we had to do something.

After LoTR was filmed, the original set for Hobbiton – located at the beautiful Alexander Farm near Matamata – was torn down. 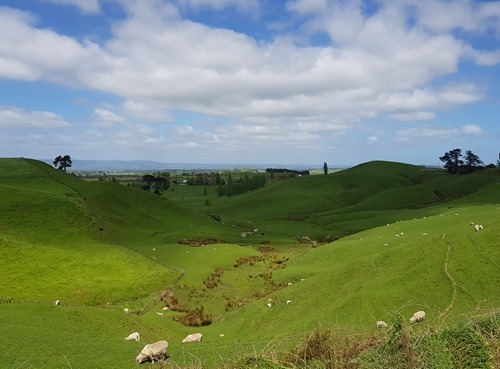 When it was recreated for The Hobbit, Peter Jackson and Russell Alexander made the very canny business decision to make the set a little more solidly, the second time around, and to open it up for visitors. It has since become one of New Zealand’s fastest growing businesses.

I’m usually a little wary of this kind of “experience”, but I loved every single minute of this tour, even if at times you feel a bit rushed. This is understandable, I suppose, as they’re optimising for throughput of people (i.e. money). It’s probably insanely busy during the summer months, here, but – on our cool but clear spring day – we didn’t suffer at all from that.

We managed to keep it a surprise from our kids (amazingly!). Our eldest twigged as we entered the car park, but the younger two were in their own world, as usual. We were able to lead them blindly up to the Hobbiton sign and uncover their eyes in front of it. What joy!

While fundamentally a walking tour, we did have to take a quick bus trip to get to the set. Presumably to stop people from just wandering up to it. 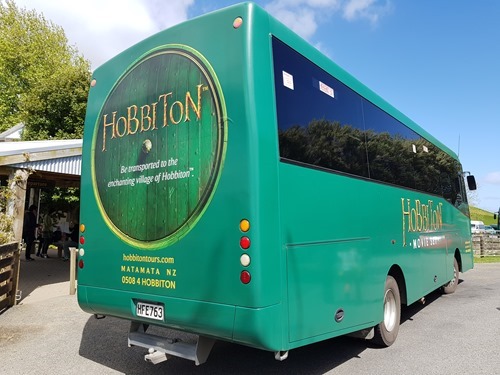 I was actually surprised to find that the set really was set out like a village. It wasn’t a series of disjointed hobbit habitats. 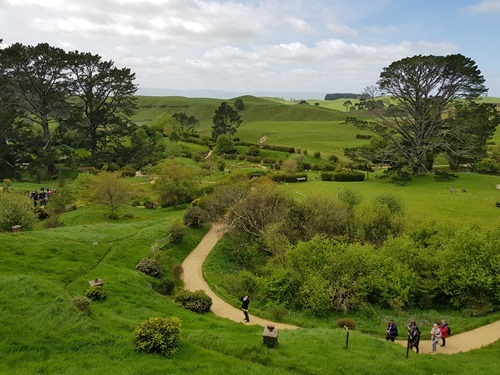 As a warm-up we saw number of the more basic hobbit holes. Although with Peter Jackson’s insane attention to detail even these were fantastic. 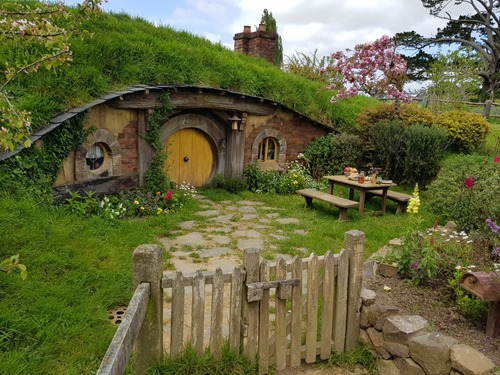 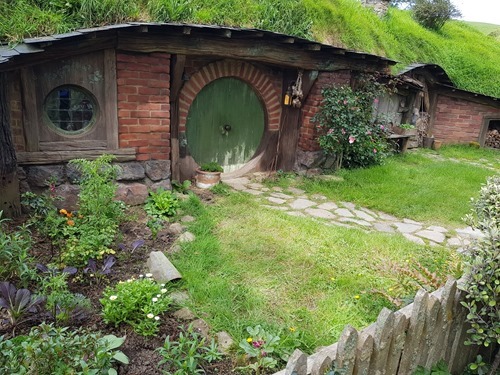 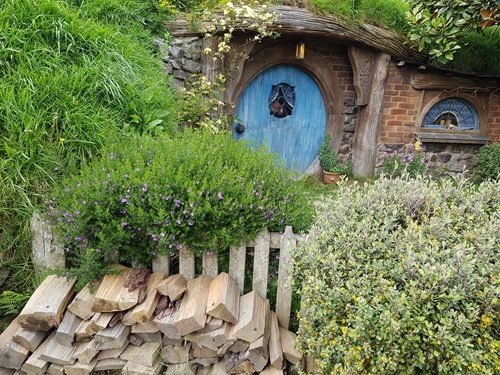 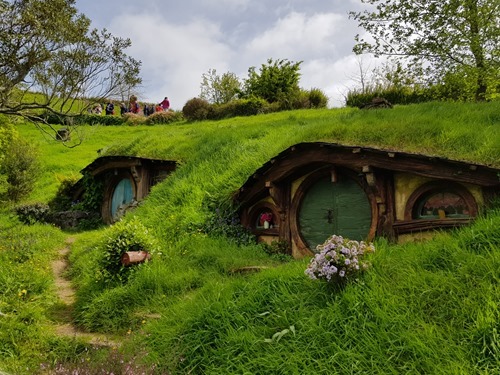 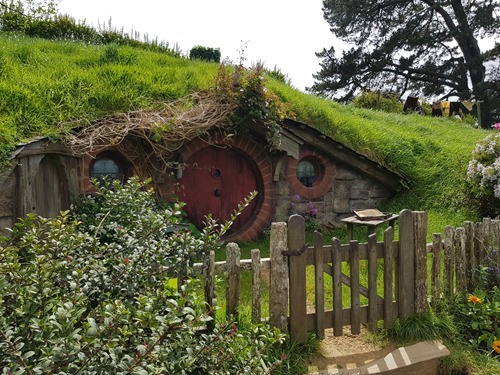 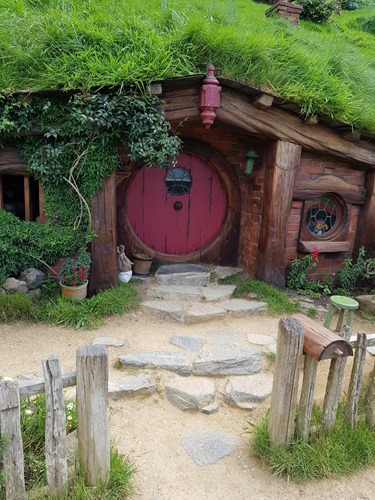 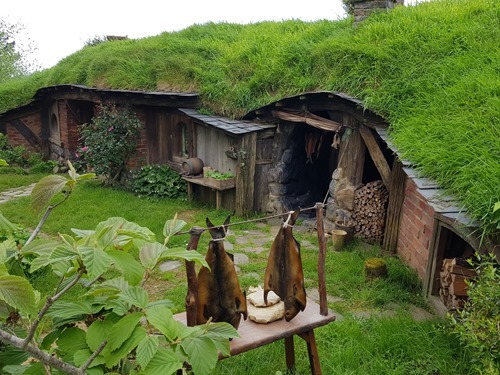 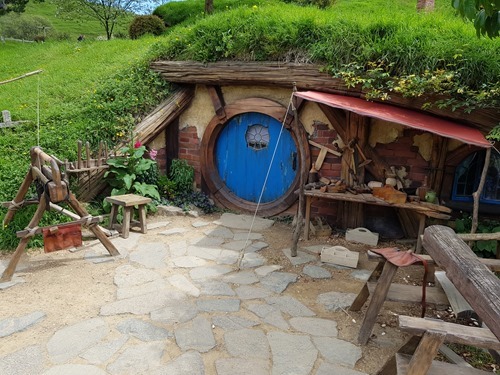 The big ticket item was Bag End, of course. As Bilbo and Frodo’s home – which was featured a number of times in the films – this was really something special. The tree above it was completely artificial, which was both cool and a bit nuts at the same time. 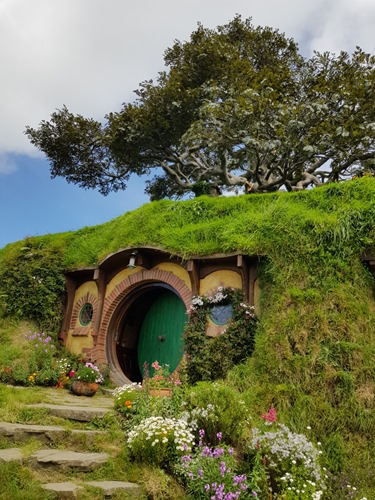 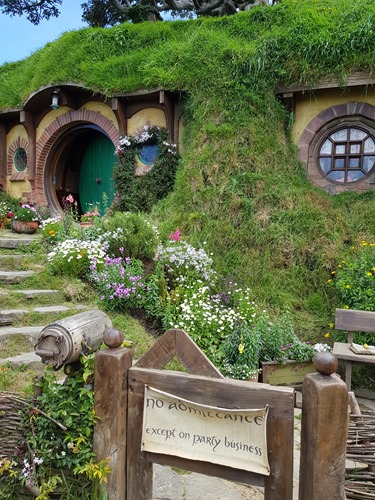 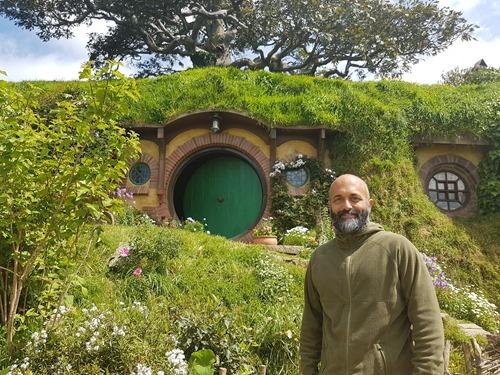 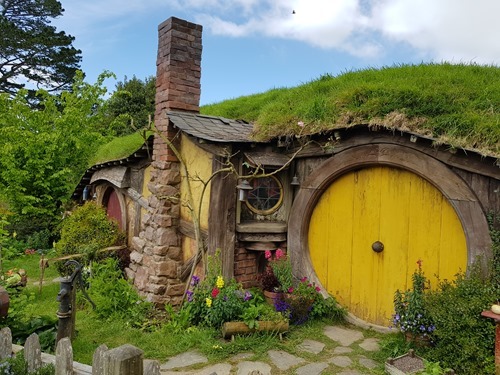 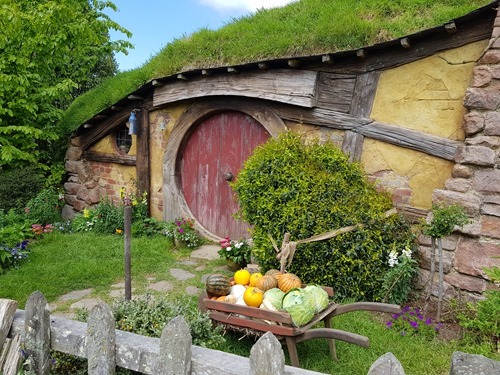 There was only one hole you could actually enter: the set really just contained facades of the hobbit holes, but one was given a more complete treatment so people could use it to pose for photos. Besides the holes you can also see a number of other features of Hobbiton, such as gardens, the party grounds and the Mill. 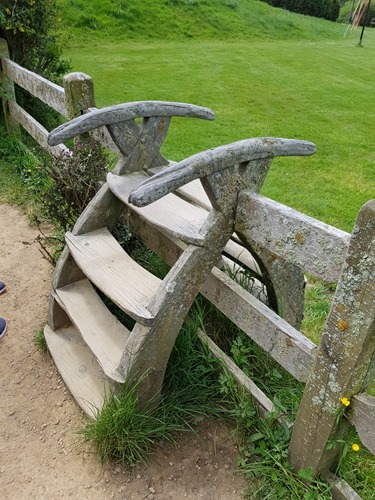 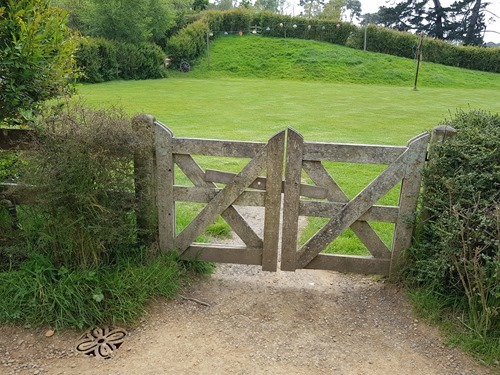 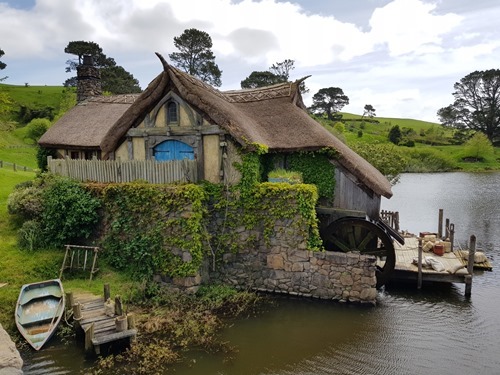 At the end of the tour you’re offered a drink at The Green Dragon. 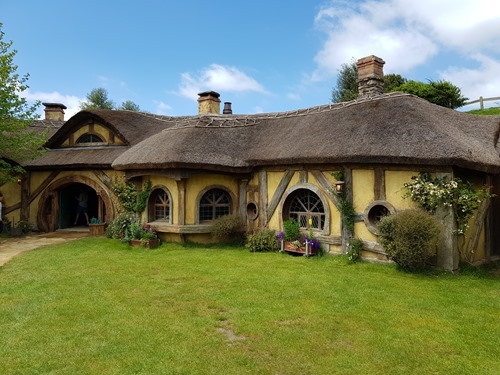 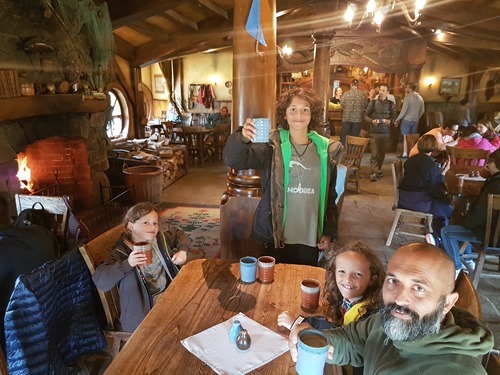 We stayed on for lunch at The Shire’s Rest – our little hobbits really needed a Second Breakfast, by this time – which was a surprisingly good place to eat. 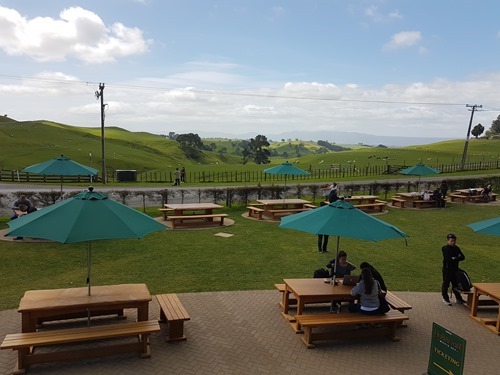 All in all it was a fantastic visit – highly recommended! After this we headed on over to Rotorua to experience a living Maori village that uses geothermal energy to cook food and to heat water for bathing. More on that next time.