The weather wasn’t great during our first few days in Paraty, but at least we were dry after the thorough soaking we received in Sao Paolo. We used the time to do a few “non-beach” tourist activities, such as renting a boat to take us around the coast, walking in the jungle and visiting a cachaça distillery. 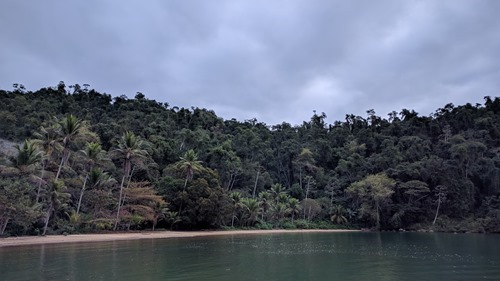 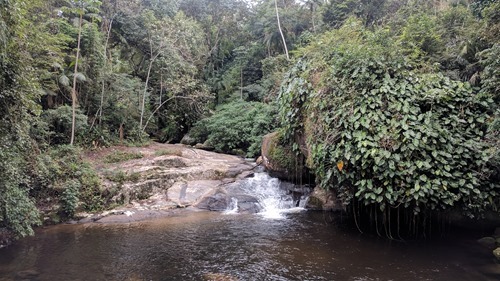 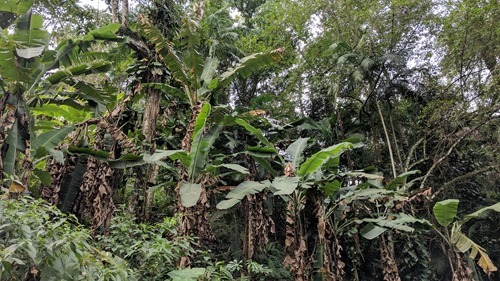 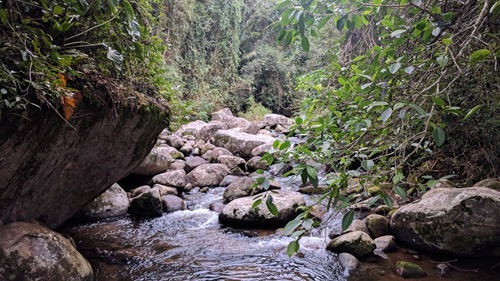 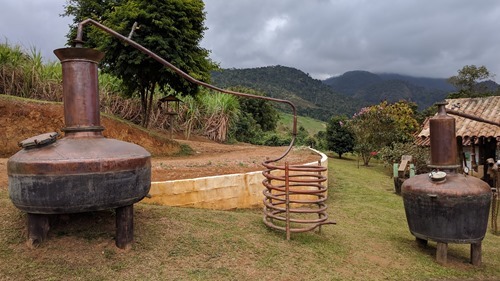 The old town of Paraty is really nice, too: 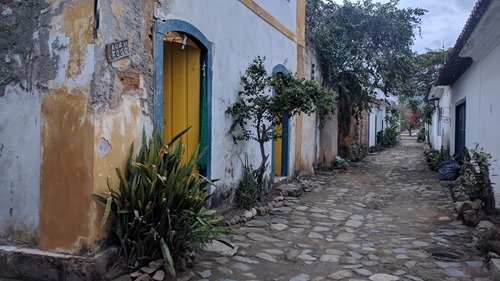 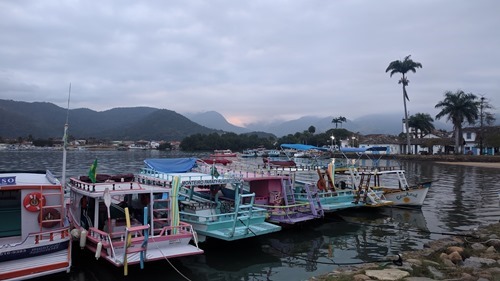 The place we were staying in – the Resort Croce del Sud – was really special. It had been built by an Italian named Luca, who had previously built a boat he was living on when he discovered Paraty and decided to settle here. It turns out Luca is also a former software developer, having built software for the Industrial Automation space back in the 80s and 90s in Italy. 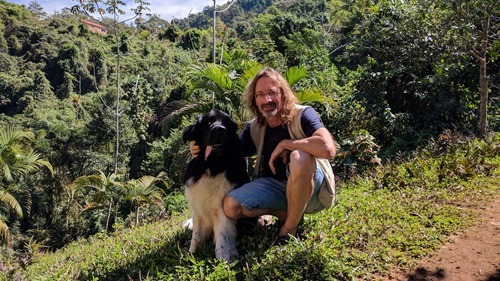 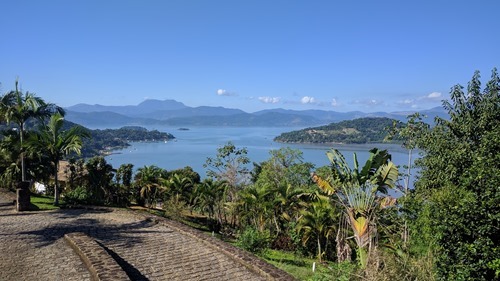 The rooms were basic but comfortable, and we stayed right on the edge of the jungle. (The noises at night were incredible.) We originally booked for 4 nights and then chose to extend for another 2, as we found it a really interesting place to stay. It was only on the last few days that we managed to enjoy the beach, and the first of those days was at low tide (which didn’t stop the kids, at all – in fact it just meant they had a blast getting completely covered in mud… something of a local custom, it seems).

On our second beach day we drove along several kilometres of dirt road to arrive at Paraty-Mirim. This was a great alternative to the main Paraty beaches, less touristy and more picturesque. We could also have taken a boat around the promontory to see the “Brazilian fjords”. As it was the kids were having too much fun, so we stayed on the beach. Next time! 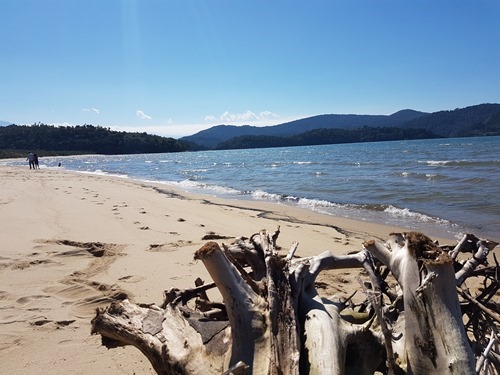 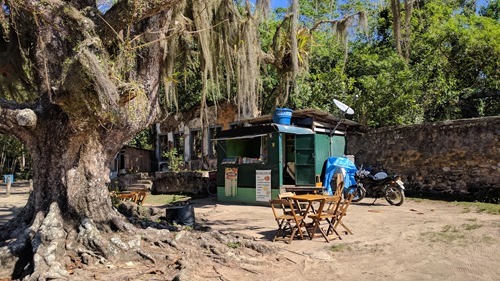 We started the journey to Rio de Janeiro as early as we could on Saturday, which turned out to be 10am by the time we’d had breakfast and packed the bags. The Costa Verde by day was simply gorgeous, although we’ve learned to hate driving on Brazilian roads. 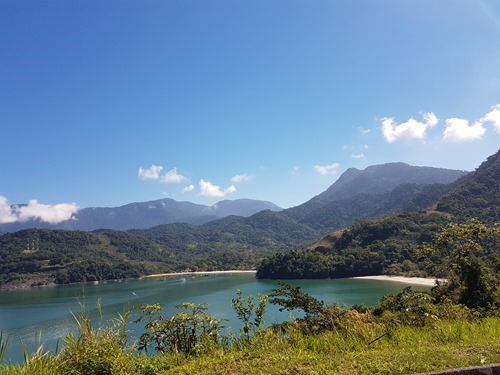 With the help of Waze, I’m pretty sure we managed to escape further traffic fines (no news on the ones from Sao Paolo to Paraty, as yet, by the way), but the way people drive in Brazil is simply nuts. Our stress levels were through the roof by the time we arrived in downtown Rio.

Given my overall concern for safety in Rio, we didn’t take chances with the hotel, and booked something fairly upscale near Flamengo beach (we considered Ipanema and Copacabana, but ended up opting for Flamengo, instead). After dropping our bags at the hotel, we headed to the beach to relax.

The swell was pretty intense, but the kids enjoyed splashing at the edges. As we walked along the beach – having decided to explore another one to the south – we came across a policeman guarding a dead body covered by a metallic sheet (like the ones they give to runners after marathons). People were just walking past, unsurprised… I guess people in Rio are used to seeing such things. 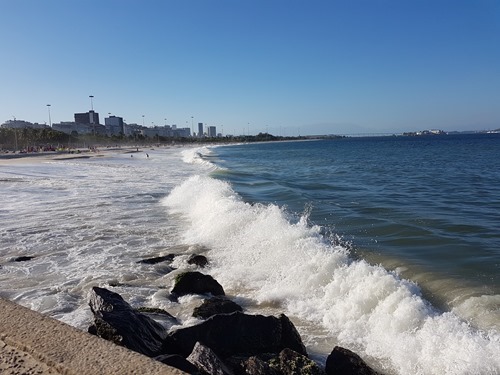 On the next beach we got to see some 11-a-side football being played. On the beach, but with full teams, subs, supporters, the works. Not a boot or shinpad in sight, though. 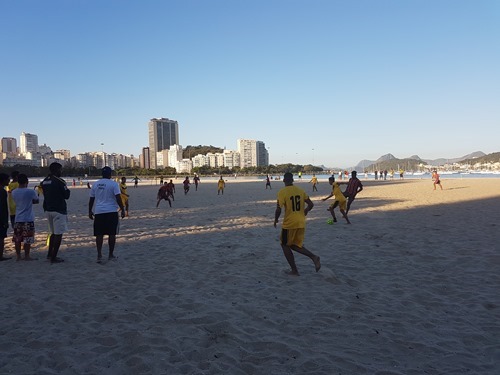 Walking back to the hotel we saw more police presence: someone was in handcuffs outside an apartment building, on the ground next to a police car. Lots of people seemed interested by this: the whole neighbourhood was either outside or at their windows. We had no idea what it was about, of course.

We were frankly relieved to be back at the hotel, where we popped to the pool for the kids to have a late afternoon dip while we had our first and last caipirinha of our stay in Brazil.

For dinner we chose to go as local as possible (outside the hotel), as the kids were tired. We ended up opting for a “pay by weight” buffet. These seem really popular here – I’m curious as to what drives this, whether it’s somehow compatible at a cultural level, or relates more to people’s need to keep costs manageable (the economic situation in Brazil being what it is). Or maybe something else entirely. I’d love to here from people who either know or think they know the answer. ;-)

On Sunday we left Rio for Iguassu Falls, our last Brazilian stop on this trip… 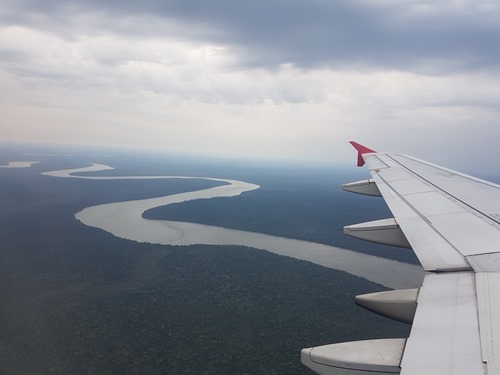 Somewhere between Paraty and Rio my phone died – it seems Nexus 5X phones of a certain age are very often going into a “bootloop”, at the moment. I’ve been banging away at it with adb and fastboot, to see if I can flash it with a custom ROM that helps it load, but so far I’ve not had much luck – the unofficial fix didn’t do anything for me. 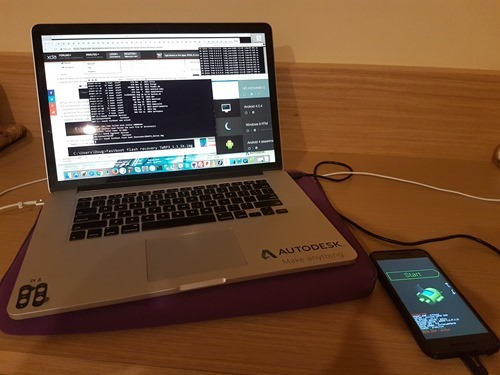 I did manage to boot it long enough to make sure I granted developer access to it – and to back up all the user data, including the few photos that hadn’t already been sent to Google – but at this stage I’m pretty resigned to it being completely dead. Hopefully I’ll be able to pick a replacement up, sometime soon, but this is going to make life a little more complicated for a while. So it goes.

Next time we’ll take a look at how our time in Igassu Falls has gone.