On Monday I hopped on the train for Paris – which takes just under 4 hours, from Neuchatel to Gare de Lyon – to attend the Intelligent Building Systems exhibition as a guest of Schneider Electric.

Leaving Neuchatel the weather was cold but stunning: 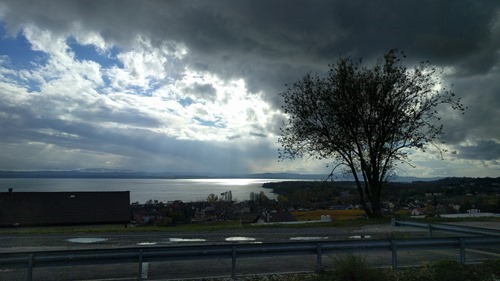 Going through the Jura, though, we quickly found ourselves in snow. 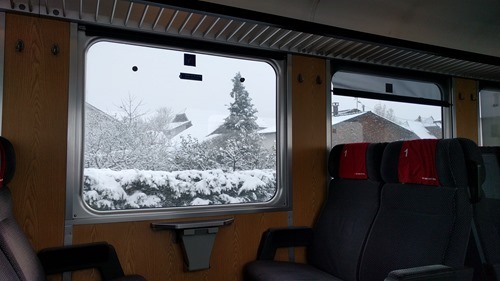 I arrived in Paris in time to meet up for dinner with an old friend. I also managed to get a fair amount of sleep before Tuesday’s early start to take the Metro across to Porte de Versailles. 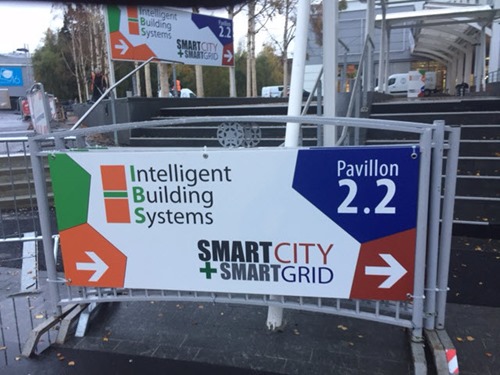 The event itself ended up being very interesting. I was there primarily to show Dasher 360, but also demoed some possible usage scenarios for HoloLens in a building context.

Here’s my little corner of the stand during a quiet moment: 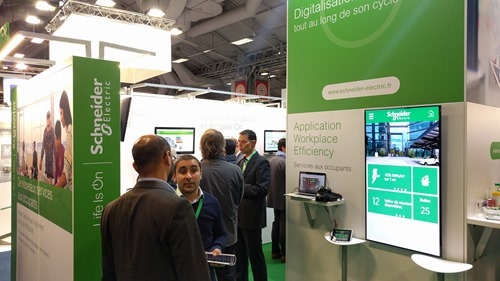 When I had the chance I borrowed a PC with an external screen, which was really helpful. 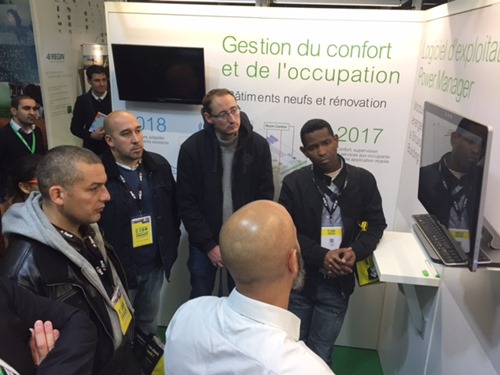 When demoing HoloLens I usually stepped into the corridor: 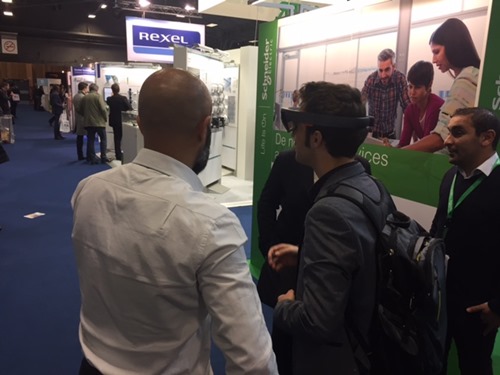 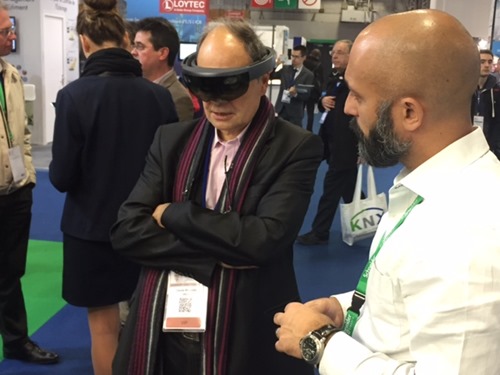 Getting the voice commands to work was sometimes tricky – more often than not due to background noise rather than people’s accents (while we spoke in French together, everyone I spoke with managed to get HoloLens to understand their commands in English). 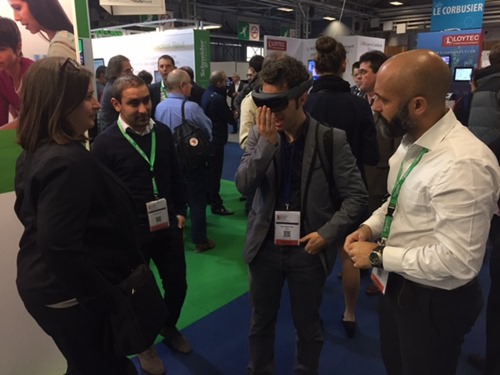 By the end of the day I was pretty shattered, and scooted over to Gare de Lyon for my 6pm train home. 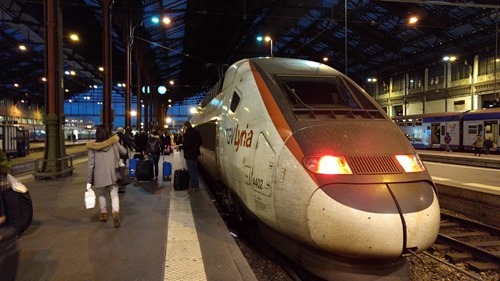 Now it’s heads down for the last few days before Autodesk University kicks off, once again. I’ll post some information tomorrow on how my schedule for that is shaping up.