What I got for Christmas

One of the ulterior motives (although you might really consider it a mere side benefit) for my recent trip back to the UK was to pick up the Christmas presents I’d bought for myself on behalf of my wife and kids. :-)

The first – one of the new Raspberry Pi Model B’s with 512 MB of memory – could have been ordered from Switzerland, but I was a bit frustrated at the mark-up added by the local reseller (the previous one I bought from the UK and had shipped directly here from China… that no longer seems possible now that there’s an official local channel). 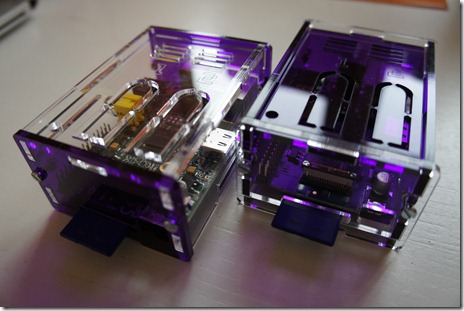 The benefit from this new device is clearly incremental, but I’m hoping it’ll allow my retro gaming console to run PSX games and possibly even the Facecam to perform more reliably (I have doubts it’ll help very much in either area, but we’ll see).

The other part of my present is altogether different, in that it will really let me get involved in something that’s brand new (to me, at least): I ordered an Arduino Experimentation Kit (ARDX) from oomlout.co.uk (love that name :-).

I bought the one from Oomlout largely on the strength of this helpful review, although as it’s a few years old I’m sure there are other alternatives now available.

Here’s the kit from the outside: 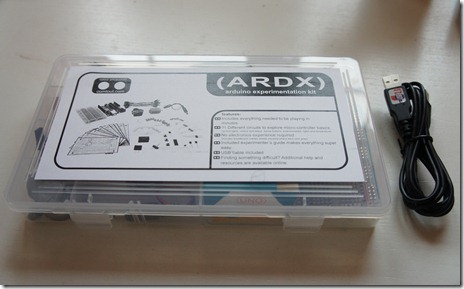 And here are the contents of the box: 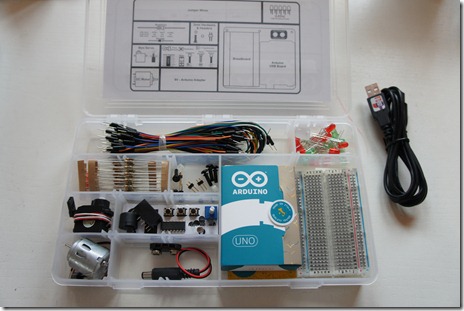 And, of course, the Arduino Uno R3 microcontroller, itself: 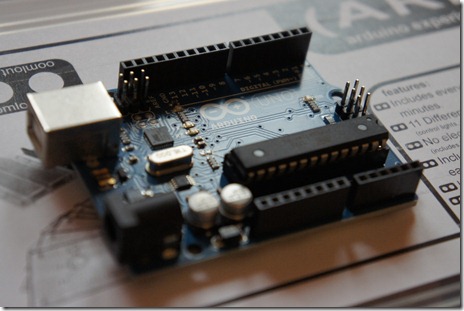 Once I get my head around Arduino projects, I’m going to see about taking it down to an even simpler level: I backed the Digispark project on Kickstarter and so have a couple of these cute little Arduino-compatible chips about to show up through the post. I suspect I have a long way to go before I get to start using them, though.