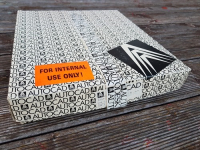 This is a slightly anomalous post in the “one man’s trash” series, in that we’ve actually found something I can’t bear to part with. This was nearly the case for The Autodesk File 3rd Edition, but I did bring myself to ship that one off to Oregon. Today’s item, once again uncovered by Francesco Tonioni, is a boxed version of AutoCAD 2.6. It’s probably too heavy and fragile to ship around the world, but if I’m honest that’s only part of the reason. It’s just too precious! It’s the German edition, which for sure was localized from the English... Read more →

A brief history of rearchitecting AutoCAD (or the importance of R13)

Over the weekend I received an email from Jürgen Becker. It came with this image, which certainly brought back memories. The email referred to our recent trip down memory lane… I read your last post and remembered a poster. Do you remember that release, it was terrible? This is one of my favourite “chat over a beer” topics, and one that seems relevant to where we are today with Fabric, so I wrote Jürgen a quick note to say that I’d reply via my blog. Here is that reply. R13 was bad, but it had to happen I joined... Read more →

The AutoCAD team is running their annual survey to better understand developers’ needs relating to documentation. Access the survey here before the end of May. Lee Ambrosius provides more information over on his blog, including some interesting data-points from last year’s survey as well as areas of the documentation that were influenced by it. Read more →

Yesterday we introduced the need to sign program modules for AutoCAD 2016. Today we’re going to see how AutoCAD behaves when loading signed and unsigned modules, as well as what the innards of a signed LISP module look like. Here’s a simple piece of AutoLISP code that I’ve placed in a file called c:/temp/MyModule.lsp: (defun c:test() (princ "\nThis is a test command.") (princ) ) Here’s what AutoCAD displays when we try to load this module: We can use AcSignApply.exe to sign this module with our digital certificate, as we discussed yesterday: Here are the contents of the file once... Read more →

This series of posts is one I’ve been meaning to write since AutoCAD 2016 started shipping. Thankfully a number of other people have filled the void, in the meantime, so I’ve created an appendix of related posts that you can find at the bottom of each post in this series. The series is about how we’re working to improve security inside AutoCAD, and what this means for application developers. Dieter’s posts on Lynn’s blog help explain some of the background to this work, much as I’ve posted here in the past, too. Perhaps the biggest security change in AutoCAD... Read more →

photo credit: Marcin Wichary via photopin cc As mentioned in the last post, fibers are now inactive in AutoCAD 2015 (the code paths are still there, largely for testing purposes, but should not need to be enabled for typical usage of the product). Fibers were a technology that Microsoft introduced way back when to help single document (and typically single-threaded) applications adapt more easily to the brave new world of MDI. At least that’s my recollection and understanding. They were basically a mechanism by which applications such as AutoCAD could manage their per-document state, making the relevant data current... Read more → 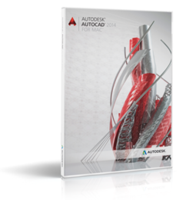 Yesterday the first AutoCAD 2014 for Mac customers pealed the virtual shrinkwrap off their shiny digital copies. Here’s some info on this release from my friend Micah, the AutoCAD for Mac Product Manager: There's been quite a lot of press on the 2014 release already, both from Autodesk and beyond (here are but a few examples of the coverage to date). The release schedule for our Mac version has now been synced with Apple’s annual announcements, allowing us to take advantage of the latest & greatest OS X capabilities but also to be part of the launch event (however... Read more →

As reported by Tom Stoeckel over on Without a Net, AutoCAD 2013 Service Pack 1 is now available for download. I’ve been waiting for this release with some impatience… in my new role I’ve been increasingly involved in discussions around the security of AutoCAD and our customers’ data, and this Service Pack makes significant progress in this area. As Tom notes, malware attacks in AutoCAD typically† take advantage of the fact that when a drawing is loaded, AutoCAD tries automatically to load various types of acad.* files (acad.dvb, acad.lsp, acad.fas, acad.vlx, …) from the drawing’s folder. Which means that... Read more →

Following on from our look at the Core Console, Dynamic .NET and .NET migration for AutoCAD 2013, today we’re going to look briefly at the remaining API features in the AutoCAD 2013 release. Model Documentation The model documentation feature was introduced in AutoCAD 2012 – simplifying creation of 2D sections and details of 3D drawing content – and this initial API provides (primarily read-only) access to this information. It comprises the following classes SectionSymbol SectionViewstyle ViewBorder ViewRepBlockReference DetailViewStyle DetailSymbol The writeable aspects of the API are mostly related to the “style” objects – these can be created and edited... Read more → 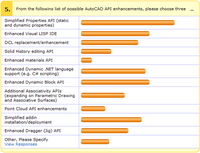 As mentioned in this previous post, the following API wishlist surveys are currently live: AutoCAD® AutoCAD® Civil 3D® AutoCAD® Map 3D® Revit® Autodesk Inventor® Autodesk Navisworks® We’ve had around 500 responses across the various surveys, but to give a few more people the chance to respond, we’ve extended the deadline until June 11th, 2010. To give you an idea of how the voting is looking so far, here’s a summary of the responses against the survey’s “money” question (5. From the following list of possible AutoCAD API enhancements, please choose three areas that you recommend we make our top... Read more →

Getting the list of .NET assemblies loaded into AutoCAD from LISP

A big thank you to Jim Cameron from Dematic for providing the code for this post, and to Wayne Brill from DevTech Americas who helped him on his way via ADN support. I’ve made a few changes of my own to the code, but the concept is very much Jim’s. Jim recently had a frustrating problem with a VLX application he wrote that depends – via (vl-arx-import) – on a .NET module. It turns out the module was not being demand-loaded properly, but this took some time to diagnose. In the past Jim used (arx) from LISP to detect... Read more →

In this recent post we looked at an approach combining AutoLISP with a script generated on-the-fly to get around the fact that (command "_.OPEN" …) does nothing when SDI == 0. As mentioned in a comment in the post, I realised that the approach of using a single master script to do this is more prone to failure: a number of commands can cause scripts to stop executing, for instance, so it would be better practice to minimise the operations contained in a particular script to increase the application’s fault tolerance. This modified approach was suggested by a member... Read more →

As mentioned in this previous post, there has been some discussion internally around the future of SDI. Given the change this will bring to applications, SDI is going to be around until we next deliberately choose to break binary application compatibility (something we just did with AutoCAD 2010 and typically try to do only every three releases). That said, SDI is very likely to go away at some point, so it does seem worth drilling further into the reasons for using it and trying to determine an appropriate way to remove current dependencies on it. Thanks to all of... Read more →

I’ve been meaning to play around with the Python language for some time, now, and with the recent release of IronPython 2 it seems a good time to start. Why Python? A number of people in my team – including Jeremy Tammik and the people within our Media & Entertainment workgroup who support Python’s use with Maya and MotionBuilder – are fierce proponents of the language. I’m told that it’s an extremely easy, general-purpose, dynamic programming language. All of which sounds interesting, of course, although I have to admit I’m less convinced of the importance of the dynamic piece:... Read more →

As mentioned in this previous post, my team delivers regular webcasts on programming with Autodesk technologies. Assuming you're reading this while the metaphorical ink's still damp, it's still not too late to register for a class being held on Thursday October 16th at 8am Pacific, 5pm CET: AutoCAD: .NET for LISP Programmers. Otherwise you should be able to find a recording of the webcast on this page within a few weeks of the session being delivered. In fact, here's the recording of the last time this session was delivered (although it may well have been updated slightly, as the... Read more →

An interview with John Walker - Part 2

This is the second part of the series documenting my recent interview with John Walker. Where the first part looked at the early history of the company, this part focuses more on the architectural evolution of AutoCAD and its APIs. I have not linked to terms previously linked to in the first part of the series, which should also be referred to for typographical conventions, if they're not clear. Part 1 - Autodesk's early history Part 2 - AutoCAD's architecture & APIs Part 3 - Autodesk's eco-system and strategy Part 4 - Past and future opportunities AutoCAD's architecture &... Read more →

The first update to AutoCAD 2009 is now available. Here is the Readme for this update, which includes a note that these developer-oriented fixes are included (as well as many more general issues): .NET API When a .NET function with a LispFunction attribute has the return type as object, an exception is thrown in AutoCAD. Visual LISP The AutoLISP Redraw function fails to hide or highlight objects. Read more →

A recent comment on one of my F# articles got me thinking about this topic (thanks, Thomas! :-), so I thought I’d write a few posts on it. Next week is AU, and the week after that I’m attending a training class in Boston, so posts may be a little sparse over the coming weeks. Metaprogramming – according to the definition on Wikipedia – is the act of writing code that writes or manipulates other programs (or itself). But what is it really all about? The vast majority of programmers are actually metaprogramming without realizing it has such a... Read more →

On October 18th we're delivering a free AutoCAD development-oriented webcast entitled "AutoCAD: .NET for LISP Programmers". Check here for our overall API schedule, or go here to register directly. These sessions are typically held at the end of the working day in Europe (5pm CEST) which is the beginning of the day on the West Coast of the US (8am PDT). As usual, I'll post a link to the recording, once it's available. Read more →