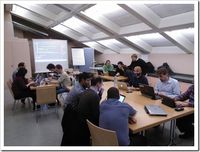 Taking a rest from my AU prep, I headed across to Zurich last night for an F# meetup focused on machine learning. Primarily because I’m interested in machine learning as a field but also because it seemed a good opportunity to dust off my F# skills. It was interesting to be on the train when the news from the first day of Microsoft’s Connect(); event hit the airwaves: the main headline being that .NET is going open source and cross-platform. Yes, folks, it’s actually happening: .NET 5 is going to be supported on Linux and OS X. And .NET... Read more → 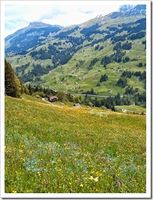 Last week was very quiet for me: starting with Memorial Day in the US meant a gentle start for me in Europe, too, and the week ended on Wednesday evening as we then had our own long weekend for Ascension, here in Switzerland. It was nice to have some time off just before a work trip: I’m getting up before dawn tomorrow to head across to Toronto for Autodesk’s annual internal Technical Summit (generally a really interesting and useful event – I’m very much looking forward to it). Over the last few years – as those of you who... Read more →

Augusto Gonçalves, from our ADN team in Latin America, pointed me to the fact that we’re holding a Spanish-language AutoCAD .NET API training class in Lima, Peru on April 7-8, 2014 (followed by one on the Revit API on April 9). To register, please complete this survey. Read more →

Aside from being St. Valentine’s Day, Friday is notable as it marks the beginning of the first ever ETHx class, “AMRx – Autonomous Mobile Robots”. ETHx is the moniker being used by the prestigious technical institution ETH Zurich for the MOOC courses they’re delivering as part of edX. This is exciting: despite the fact I live close enough theoretically to attend classes at ETH Zurich in person, I’m very happy to be able to do so from the comfort of my home. The topic is itself very interesting… the “environment perception” piece alone looks as though it should cover... Read more →

Computer Science Education Week kicks off in the US 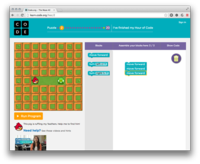 Back in March, I signed up via Code.org to see if I could get help teach basic programming skills to kids. It didn’t work out mainly because of my location – Code.org is really focused on the US – but I stayed on their mailing list and have been following their updates with great interest. For those of you who are not familiar with Code.org, it’s a resource that’s been established to promote computer science education for students. A great example of what’s being provided is the Hour of Code, which has been put together for this week’s Computer... Read more → 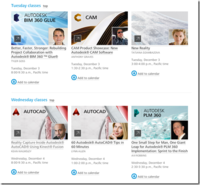 For those of you unable to attend AU 2013 in person, the keynote sessions and a small number of this year’s classes will be streamed live. And they’re free to attend: you just need to be registered with AU Online. I’m lucky to be presenting one of only 11 classes that are scheduled to be broadcast over the web as well as having a live audience: it seems my Kinect Fusion session is the only developer-centric class that’s been selected for this year’s AU Online, which is quite the honour. Hopefully I’ll do it justice! A good piece of... Read more →

Over the weekend I managed to complete the BerkeleyX Foundations of Computer Graphics class. This was really an excellent class, both in terms of the structure of the lectures and the homework assignments, which actually scaled in a non-linear way (the last assignment took as much time to complete as the previous three combined). But you were eased into it and didn’t strictly need to do the last piece of homework (which was to write a ray-tracer from scratch) to get a “pass” on the course. What’s nice about these MOOCs is that – in order to scale, putting... Read more →

It seems like I’m working on a number of things that I can’t talk about, at the moment, which – while the work itself is extremely stimulating – can get a little frustrating. Over my 7+ years of blogging, it seems I’ve developed a visceral need to share what I’m working on (I wonder if this is is an example of Social Media changing behaviour in general… something to ponder when I eventually find the time :-). This focus on more internal activities is, to some degree, something I anticipated when I started my “new” role but it certainly... Read more →

As Labor Day passes and the summer draws to a close, it’s time to start thinking about Autodesk University. The AU team clearly knows this (they themselves have been thinking about the event since before AU 2012, so this is more for the rest of us ;-) and so they’ve gone ahead and posted a preview of the class schedule for this year’s event. Take a look at rows 2^8 and 2^8+1 (that’s 256 and 257 for non-programmers :-) if you’re interested in seeing information on the two classes I’m delivering, this year: one is on Leap Motion, the... Read more →

Augusto Gonçalves – from the ADN team based in São Paulo – asked me to post a quick note advertising an upcoming AutoCAD .NET training he’s delivering in Mexico City on September 2-3, 2013. The class is free to attend and will be delivered in Spanish. Here’s a description of the training class in Spanish and a link to the registration page. Read more →

Thinking about AU 2012 (and vacation)

Last week, I received confirmation that I’ll be presenting a few different classes at AU 2012, which will be held at the Mandalay Bay Hotel in Las Vegas from November 27-28. My main sessions, this year, are in some way focused on cloud & mobile technologies. The subject matter of the first lecture is the recently completed cloud & mobile series, where we’ll look at moving desktop functionality to the cloud and using it from a variety of mobile environments: CP1914 – Moving code to the cloud – it’s easier than you think! It has a companion roundtable session... Read more →

AEC DevBlog & a month to go until DevCamps

As announced previously on this blog, the Autodesk Developer Network (ADN) team is in the process of launching a series of DevBlogs, publishing material publicly that would previously only have been made available to ADN members. I see some fantastic material being posted there: more than I can keep up with, personally, but I expect that will settle down once the team has created posts from the bulk of the DevNotes published on the ADN web-site. Following the availability of those for AutoCAD and Infrastructure Modeling, I’m pleased to announce the AEC DevBlog is now live. If you’re [considering]... Read more →

As mentioned in this previous post, this year’s DevCamps are now looming. In particular, there are just a few more weeks left before the early bird discount expires – be sure to sign up soon (if you’re planning on attending, that is :-). Here’s some more information on these events from the ADN team: Join us at Camp this Summer! Announcing Autodesk AEC DevCamp (June 6-7) and Manufacturing DevCamp (June 13-14)! Register by April 30th to get the $100 early bird discount! DevCamps are held every other year where software developers like you can learn to get the most... Read more →

I’ve just arrived home from a long day (mainly because of the 4-hour round-trip rail travel) at the Windows TechConference in Baden, Switzerland, focused on Windows 8. It was a pretty interesting day – thankfully, as I’m still a bit jetlagged from my trip to California, and I didn’t want to doze off in the lecture theatre. And yes, I’ve certainly dozed during a few lectures in my time, but not since leaving University. The main developer-oriented session I attended – which covered writing a WinRT application to pull down Teletext into a XAML + C# application, which was... Read more →

After initially holding DevCamps annually in 2007 and 2008, we’ve now settled down to the more regular rhythm of every other year (the last set was in 2010). Which means, of course, it’s time to do them again. :-) As already reported by Geoff, Heidi, Jeremy and Shaan, here is some information regarding this year’s DevCamps: AEC When: June 6-7, with a DevLab on June 8 Where: Boston, Massachusetts – near Autodesk’s AEC Division headquarters Cost: early bird discount fee of US $500 valid to April 30, 2012, thereafter US $600 Manufacturing When: June 13-14, with a DevLab on... Read more →

Over the last couple of months, Wayne Brill has been delivering online AutoCAD .NET training. The training has received very positive feedback from attendees. Recordings of most of the sessions are now (or will soon be) available from our online API webcast archive (which is also accessible via http://autodesk.com/apitraining –> Webcast Archive). You’ll notice that the recordings start with session 2: we had some technical issues with the first week’s recording, but as the material for these classes is essentially the same material as that used for Wayne’s DevTV sessions (which are all linked to from this post, including... Read more →

Starting next week – and for 8 weeks – Wayne Brill, from DevTech Americas, will be delivering free online AutoCAD .NET training. To register – yes, for free – go to our API Training page and select “Schedule”, then scroll down to “AutoCAD .NET”, “English”, “Webcast”, “Sep 08 2011” and click “Register” at the far right of the item. This training is a live-delivered version of Wayne’s excellent series of DevTV sessions posted previously (with transcripts). This is likely to appeal to those of you who like knowing there’s a warm body at the other end of their webcast... Read more →

Preview of the AU 2011 class catalog

The “My First Plug-In” series

A few years ago I mentioned that my team was looking into learning paths for novice programmers. This effort has led to the “My First Plug-In” series, of which we now have two guides ready: My First Revit Plug-In My First Inventor Plug-In This series is really intended for power-users of Autodesk software who want to take their use of our products to the next level, but need some targeted help on the programming side of things. We currently have guides for Maya and AutoCAD in the works. While many of this blog’s readership won’t need this kind of... Read more →